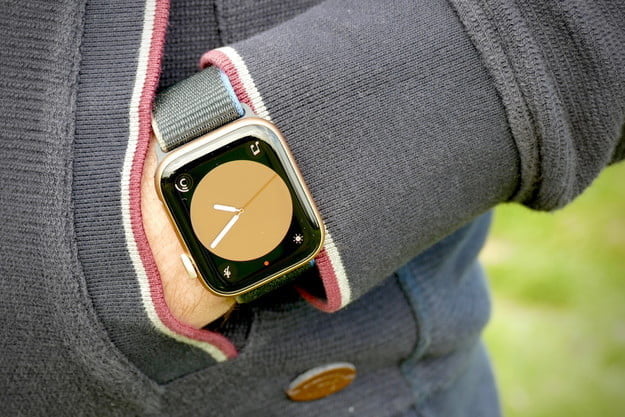 The Apple Watch SE, which was only released in September, is down to its lowest-ever price in this year’s Amazon Black Friday deals. The 44mm, GPS version of the smartwatch is on sale for only $260, after a $20 discount and an additional $29 off at checkout, from its original price of $309.

It’s rare to see Black Friday Apple deals on newly released products, but the Apple Watch SE’s price is already down $49 in this deal from Amazon. If you want to have the Apple Watch SE on your wrist or as a gift to a loved one for the holidays, now’s the perfect time to buy the device to make sure that you secure stocks.

The Apple Watch SE features a 1.78-inch Retina screen, as well as the Apple Watch’s trademark Digital Crown for navigating the device’s apps and menus. The device is powered by Apple’s WatchOS 7, which includes an automatic hand-washing timer, sleep tracking, workout tracking. It also comes with a heart rate sensor that detects irregular rhythms, plus fall detection and noise monitoring. For battery life, the Apple Watch SE may last two days before recharging is required.

If you’re not yet sold on the Apple Watch SE, there are other Black Friday smartwatch deals to choose from. However, at just $260, after a $49 discount on Amazon from its original price of $309, this offer for the 44mm, GPS version of the Apple Watch SE may be too good to ignore, especially for a device that’s just a couple of months old.

The Apple Watch Series 6 is arguably the most advanced smartwatch to date, capable of making anyone’s life loaded to the brim with the most convenient features that rival phones thrice its price.

The Apple Watch Series 6 is undoubtedly one of the best that Apple has come up with to date, so if you want to upgrade your lifestyle the best way possible, this watch can do it all and more.

No athlete worth their salt is complete without the Apple Watch Nike Series 6 at their side. With enough functionality to make even the most arduous of workouts look easy, this watch is a real winner.

If you want the biggest and baddest that Apple Watches have to offer, this Series 6 is exactly what you’re looking for, capable of making life an absolute breeze thanks to its convenient features.

Despite its size (and incredible price), the Apple Watch SE is an excellent, well-rounded tool that provides both casual and power users alike a means to gain full control over their lifestyles.

Featuring a wide array of convenient features, the Apple Watch SE is an excellent budget-friendly option for power users looking for an upgraded way of life and access to the world on their wrist.