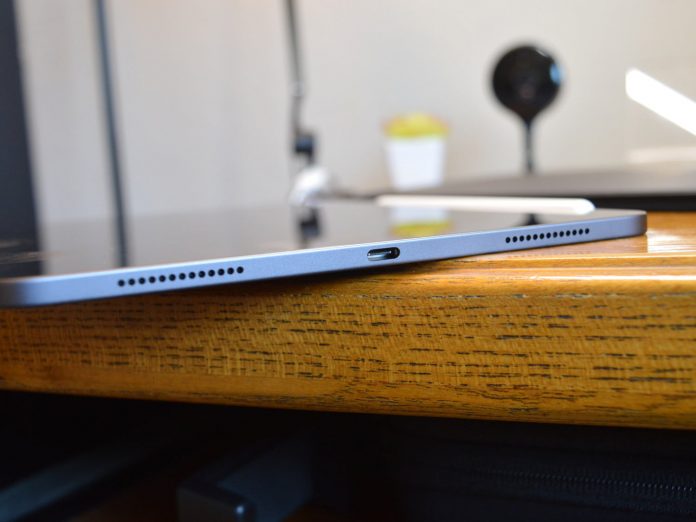 The iPad is going through a bit of a renaissance. When the 2018 iPad Pro was first unveiled, it showed what a modern, powerful iPad could look like by doing away with the aging classic iPad design in favor of a new, streamlined approach. Apple further refined the iPad Pro earlier this year, with a modest update that brought a better camera and a slew of new accessories, like the new Magic Keyboard.

Once Apple brought mouse support to the iPad, I was sold. In fact, I sold my laptop, and I’ve been using the iPad Pro — complete with a Magic Keyboard — as a laptop replacement for a while now. Of course, given the current state of the world, I’m not often straying from my Mac Mini to work away from home. But when I do, I’m running into fewer and fewer issues as iPadOS continues to get better, and I continue to learn how to use it.

Here are my thoughts on the 11-inch iPad Pro after six months of using it as a full laptop replacement.

Months into using the iPad Pro, I’m still enamored by the design. It’s a beautiful product. With its edge-to-edge display, superthin build, and excellent details, the iPad Pro is the best-designed tablet on the market.

But it has a few quirks to its design, too. I’ll be the first to praise Face ID. It’s fast, secure, and pretty well-implemented on the iPad Pro. But I almost exclusively use my iPad Pro in horizontal orientation, and I almost always accidentally block the Face ID sensors when I pick it up. The result is that I can’t get into my iPad without typing in my PIN or trying Face ID again.

The new iPad Air gets around this issue — by regressing to Touch ID. In setting up Touch ID on the iPad Air, Apple will prompt you to provide two fingerprints. This makes it easy to get into your iPad with your left or right hand, in horizontal or vertical orientation. It would be nice if Apple included this, as well as Face ID, on the iPad Pro, so you’re never without a way to quickly and easily get into the device. Or, it could include Face ID sensors on both the top and the right sides. That’s hardly an elegant solution, though.

Of course, iPads are really just big displays — and this big display looks great. It has inky blacks despite the lack of OLED tech, and the 120Hz refresh rate makes animations and scrolling feel incredibly smooth. Playing games is an immersive experience, while movies look absolutely stunning. I really have zero complaints about the display. Eventually, it’s likely the iPad Pro will get an OLED panel, and that will be a nice upgrade when it happens. But in using the current-gen iPad Pro’s display, you’re not going to feel like you’re missing anything.

The 2020 iPad Pro offers an A12Z Bionic chip, which is a heavy-lifting 8-core processor that can handle pretty much anything you’ll throw at it. That includes heavy multitasking. As mentioned, I use my iPad Pro as a replacement for my laptop, and that often involves having Microsoft Word open, with sometimes dozens of Safari tabs also open, and even Microsoft Teams and Slack open and accessible in Slideover. It all runs pretty smoothly, and while it sometimes takes a beat to load an app after it has been closed for a while, it hardly takes you out of the experience, and it’s usually only a second at most.

Mobile gaming is equally impressive. I admit, I’m not a huge gamer, but casual playing of Call of Duty: Mobile and Ark: Mobile offers a great experience. Graphics looked good, games were responsive, and so on. Add in the support for DualShock 4 and Xbox controllers, and you’ve got a solid on-the-go setup. Hopefully, the setup will get even more powerful with game-streaming services.

Of course, we’ll  have to wait and see if performance truly holds up. Rumor has it that Apple is prepping iOS and iPadOS versions of its “Pro” apps, including the likes of Final Cut Pro, Logic Pro, and so on. If that turns out to be true — and that’s a big if — it will bring iPad performance demands to the next level. I’m someone that will make use of those apps, and if the iPad handles them well, it will seriously help cement the iPad as a viable laptop replacement for myself and many others.

The battery life on the iPad Pro is also solid. In productivity use, the iPad Pro lasted me through a full, 10-hour workday, with around 20% of the battery remaining at the end of the day. That’s far better than most laptops. In gaming, battery life won’t quite reach those heights, but it’s still good, and should last through most basic gaming sessions. If you’re particularly good at plugging things in when you’re not using them, as I am, you shouldn’t really run into many issues at all.

Apple’s iPadOS 14 is great — but if you end up using the iPad Pro as a replacement for a laptop, it takes some getting used to.

It’s the small things that matter here. Using Finder on the Mac and using the Files app on the iPad are pretty different experiences. They’re getting increasingly similar, but they’re not the same yet. That’s even more true if you use third-party cloud storage services, though Google Drive works pretty well on the Files app.

Likewise, multitasking on the iPad is a very different experience from the Mac. Both iPadOS and MacOS offer excellent multitasking features, and for a mobile device, the iPad’s current slate of multitasking tools is excellent. You can relatively easily set up a split-screen view with two apps, and if you’re open to new ways of multitasking, Slideover is perfect for things like quick notes, chats, and so on, making good use of a relatively small screen.

But it’s not the same as being able to place windows where you want them, have multiple desktops open, and so on. And to manage it all, you have to remember an incredible amount of very specific gestures and movements. Worse yet, the iPad still doesn’t offer full support for external monitors.

Just buying an iPad Pro, unfortunately, isn’t really enough to make it a productivity machine. After all, if you type as much as I do, using the iPad Pro’s software keyboard isn’t a viable option. That’s where accessories come in, and I’ve chosen Apple’s way-too-expensive first-party accessories for the task.

But I have to say, you get what you pay for.

The Magic Keyboard works great. The typing experience is high-end, and the trackpad, as on the MacBook lineup, beats most Windows laptop trackpads (and most third-party accessory trackpads) by a mile. I do miss function keys — on the Mac, they serve as quick and easy ways to control media, brightness, and so on, and without them you have to reach for your trackpad or your actual display, which is a little jarring when you’re in the zone. But it’s still manageable, and I would rather have keys this size and no function keys than smaller keys to fit an extra row. And popular keyboard shortcuts can fill in some gaps.

TheApple Pencil works pretty great, too. Not everyone needs one, but with new features like Scribble, its appeal is wider than ever. Scribble essentially turns your iPad into a handwritten notes machine, converting your writing into digital text on the fly. It’s a great system.

It’s a bit of a shame that all that costs so much. For the iPad Pro, you’re starting at $800. Add in a $300 Magic Keyboard and a $130 second-gen Apple Pencil, and the cost is up to a hefty $1,230. That’s well above the price of an entry-level MacBook Air, and could easily get you a refurbished MacBook Pro 13.

But for me, it’s still worth it. In the era of COVID, even before getting rid of my laptop, it sat on the shelf for over a month at a time. I enjoy using the iPad Pro, so I’m more likely to use it away from my desk, outside, or on the couch. Add in all the benefits of having an iPad, like the ability to watch movies or play games in bed, read the news in the morning, and so on, and you’ve got a much more versatile device on (or in) your hands.

I’ve spent 1,400 words lauding the iPad Pro. So you would assume I’d recommend buying one. Nah.

The iPad Pro is an incredible machine, but unless you really want 120Hz and a dual-sensor camera, it’s worth sticking with the iPad Air, or waiting until Apple truly differentiates the Pro line from the new Air. That could take a while, though.

If you do end up getting that 120Hz-equipped iPad Pro, you’ll still love it. Sure, your wallet will be a little lighter than if you had bought the iPad Air, but you’ll still have a capable, high-end machine that will last for years (and years) to come.