Apple glossed right over these 5 revelations about the new Macs 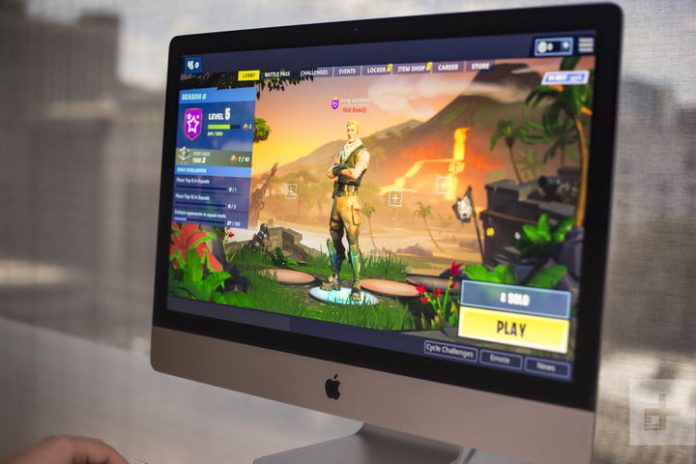 Apple’s November event was an absolute showstopper, with its new Apple Silicon chip (dubbed the M1) making a splash in the MacBook Air, MacBook Pro, and even the Mac Mini. In fact, we think they’re an even bigger deal than the new iPhones.

But with so much ground to cover, there were plenty of new reveals that Apple did not talk about onstage, opting to instead squirrel them away on its website. That is a shame, because some of the most interesting revelations about the M1 chip got no airtime at all during the show. Fortunately, we have done the digging to unearth these rare gems and present them for you below. Here are the good bits Apple forget to mention.

Some things are so obvious we take them for granted, and for the longest time, the idea that Macs are awful at gaming has been one of them. Even when Macs have had the power to play games reasonably well (like the 16-inch MacBook Pro), major titles usually arrive supe- late. The new M1 chip, however, could change all that.

Apple boasted of gaming performance increases at its November event, but never in more than vague generalities. Dig a little deeper, however, and you find some amazing gains. The Mac Mini, which was never, ever a gaming machine, has seen a blistering 400% increase in gaming performance while running Shadow of the Tomb Raider. That same Mac game runs over 3x faster on the MacBook Air, and just under 3x faster on the MacBook Pro.

And now that Macs can run games in something other than potato mode, that might entice more developers to port their games to Apple’s platform. Coupled with Apple Arcade, gamers may finally have a reason to pick Apple.

The new M1 MacBook Air will not change everything that is wrong with its screen overnight, but it does do one big thing: It upgrades the color space to the P3 wide color gamut. That means brighter, more vibrant colors across the spectrum, with 25% more colors than the previous sRGB panel. Now, when you buy a MacBook Air, you may not be reminded that you are using the cheapest Apple laptop quite so glaringly.

Apple apps get the biggest boost

Apple loves to talk about the close integration between its hardware and software. It is one of the key selling points of its whole ecosystem, and the new M1 chip really rams that idea home. But not all apps will see the same boost. Unsurprisingly, it is the company’s own apps that benefit the most from Apple Silicon.

While Apple talked generalities at its November event, it never really went into much detail. Luckily, we have done some investigating, and the stats are impressive. On the new Mac Mini, 3D title render speed is 6.6x faster in Final Cut Pro. The new MacBook Air boasts 3.6x faster project building in Xcode. And the MacBook Pro offers nearly double the Amp Designer plug-ins in Logic Pro.

We can talk numbers all day, but the key fact is this: If your work revolves around Apple apps, you will see one hell of boost with the M1 chip.

USB 4 picks up the Thunderbolt 3 slack

Apple has long had a Thunderbolt obsession. The company is never afraid to offer unusual ports if it feels there is a benefit, but Thunderbolt (now in its third iteration) has never really taken off in the way Apple hoped it would. Sure, it offers blistering speeds in a familiar USB-C shape, but few devices use it. That may change with the introduction of USB 4 on the M1 Macs, something Apple barely mentioned during its show.

“But where is the benefit?” I hear you ask. True, USB 4 offers the same 40Gbps speeds as Thunderbolt 3, so it’s no faster. Yet by virtue of it being USB, it may result in far greater compatibility with third-party peripherals. No longer will you morosely stare at your ports, knowing you will never have anything to plug into them. Speed, here you come.

iPhone apps on a Mac will be no joke

Hear us out on this one. Apple first announced that iPhone and iPad apps would work on Apple Silicon Macs back at its Worldwide Developers Conference (WWDC) in June 2020. That prompted a round of eye-rolling, not least from myself. After all, my experiences with Apple’s own cross-platform apps have been a real mixed bag. Surely, running phone apps on the Mac will be nothing more than a gimmick?

Well, there is reason to believe it will not be. Apple did not mention it during its November show, but the company promises mobile apps will be utterly Mac-like, with support for menu bars, resizable windows, trackpad control, and more.

Mac Catalyst — the framework that helps developers port their apps from iPad to Mac — has also had plenty of time to mature since its introduction at WWDC 2019. When I spoke to developers, they were almost universal in their praise for the system, and Mac Catalyst has improved since I first got my hands on it. With enough time, running iPhone apps on your Mac will likely feel as natural as launching a native app.