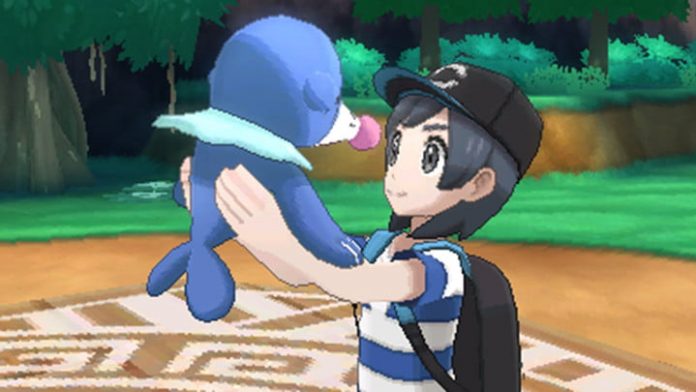 Mastering this system can take some time, but there are some benefits to using it. The main reason to master the Pokémon breeding system is to get the best stats for your Pokémon. There are several semi-hidden systems within the breeding system that can produce some of the best Pokémon you’ll find. Additionally, it’s easier to level newly hatched Pokémon than wild Pokémon, making it easy to have the strongest, fastest, and most powerful Pokémon possible.

The breeding system can be time-consuming and frustratingly random, but strategically breeding Pokémon is necessary for success. And the end result, a newly hatched, baby Pokémon, makes the process rewarding. Here are a few things about breeding Pokémon in Pokémon Sun and Moon that you need to know!

Why you need to breed

Breeding is necessary for competitive players because of that old nugget of Pokémon knowledge. Every Pokémon , even if they’re the same species, level, gender, and nature, will have different stats from its peers. That’s due to a feature called Individual Values, or “IVs.”

IVs are like a Pokémon’s DNA. They range from 0 to 31 and there’s one for each stat. IVs determine what a Pokémon’s stats look like, high or low. Once you’ve hatched any 20 eggs you can speak to a character in the lobby of the Battle Tree on Poni Island to gain the ability to easily check any Pokémon’s IVs, a feature new to Sun and Moon.

Pokémon caught in the wild usually have random IVs, but those hatched from eggs inherit some IVs from their parents, working like genetics. And that’s why you must breed to get perfect competitive Pokémon. By selectively breeding across multiple generations, you can get the highest possible stats for your Pokémon.

This doesn’t matter at all when playing through a Pokémon game’s story, up to and beyond defeating the Elite Four. That’s because in-game, you can simply level your Pokémon above your opponents’ levels, and gain an unbeatable advantage (not to mention most players are smarter than the game-controlled opponents). But in competitive and online battling all Pokémon are the same level, and Pokémon without perfect IVs are at a serious disadvantage.

It may seem complicated, but there are concrete rules that go into breeding, and it all makes sense in the end.

When you drop two Pokémon off at the daycare they’ll eventually make an egg, if they’re in the same egg group. Note that they don’t need to be the same type or species of Pokémon — just the same egg group. Look a Pokémon up on Serebii, a great Pokémon resource, to find out what egg group its in. However, any Pokémon can breed with Ditto, which is important.

Thanks to egg groups, a Dratini and a Magikarp will happily make eggs together, and whichever Pokémon is female determines what comes out of those eggs. Either gender can mate with Ditto, though, and the non-Ditto Pokémon determines the species of the hatchlings (i.e. you can’t hatch a Ditto).

If the parents in the daycare are holding no items, the Pokémon that hatch from their eggs will have a random nature, while the female Pokémon has a greater chance to pass its ability down if the parents have different abilities.

The hatched Pokémon’s stats will also be half random — three of their six stats will be passed down from the parents, while three will be determined randomly. There are items you can use to adjust those odds, which we’ll discuss in the next section.

Those are the basics of breeding. Now let’s get into how best to utilize them.

How to breed the best Pokémon

The most important factor when breeding Pokémon is the items that the parents are holding:

There are two other important things you need to make sure you have:

The Destiny Knot is the most important item in Pokémon breeding because it takes away almost all the randomness (five sixths of it, in fact). Most competitive Pokémon only need five perfect IVs to be viable, since most Pokémon only use one attack stat (either attack or special attack) and the unused attack stat doesn’t matter. If the parents you’re breeding have the five perfect stats you’re looking for between them, Destiny Knot gives a good chance that all five will be passed down.

But before you get to that point you’ll likely need to go through multiple generations of eggs and parents. One thing that can help a lot is to catch a Ditto with its own perfect IVs, which is easier than ever in Pokémon Sun and Moon thanks to a new feature called “ally chaining.”

There’s a fantastic guide on exactly how to do this right here on Reddit, but the gist of it is you find a wild Ditto, get its health low, then keep it alive while it continuously “calls for help.” Every time it summons another Ditto to help it, you defeat the new Ditto, and repeat this process until it’s summoned 40 or more. Then you defeat the original Ditto and catch the most recent Ditto summon. After a 40-Pokémon chain, the new arrivals are guaranteed to have at least 4 perfect (31) IVs.

Having a Ditto with four perfect stats gives you an advantage when breeding. You can even do that more than once to have multiple well-endowed Dittos, so that no matter what stats you wind up breeding for you have a Ditto with a perfect IV in that stat.

Let’s do a hypothetical. You’re trying to breed a Mimikyu with perfect 31s in HP, Attack, Defense, Special Defense, and Speed, plus a “jolly” nature that raises its speed and lowers its special attack (the one stat this Mimikyu, a physical attacker, won’t need)

You get a jolly Mimikyu, either by catching one in the wild using a Pokémon that has the ability “synchronize” and a jolly nature, by breeding a female Mimikyu with a jolly male Pokémon in the same egg group holding an everstone, or by hatching Mimikyus randomly until you get a jolly one.
You give the jolly Mimikyu an everstone and breed it with a Ditto with 4 of the IVs you want holding a Destiny Knot.
Every time you hatch a new Mimikyu with better IVs than the one that’s currently breeding, you swap it in to breed with the Ditto.
Eventually you’ll land on a Mimikyu with enough perfect stats that you can swap in another Ditto, or breed two of the Mimikyu together, as long as the two Pokémon between them have the IVs you want passed down.

Eventually you will get a Mimikyu with the nature and the five perfect IVs you want, even if it takes hours or even days of riding Tauros around in circles to hatch eggs. (And in the meantime you can send all the rejects off through Wonder Trade!)

The other benefits of breeding

There are other benefits to breeding besides getting the IVs and nature that you want.

For example, many Pokémon have special “egg moves” — attacks they can only learn through breeding with Pokémon of a different species (possible thanks to egg groups). Want a Tyranitar with Dragon Dance? Can’t blame you, but you’ll have to breed a female one with a male Haxorus that knows the move.

That’s just one example, and there are countless combinations. This muddies the process significantly, though it can be worth it to surprise opponents with advanced strategies.

(If you wind up with a Pokémon that has the perfect stats but the wrong ability, you can buy an expensive item called an Ability Capsule to change it. It will never change it to a hidden ability, however, so ally chaining is the way to go for those.)

It’s important to note that IVs can be artificially manipulated in Pokémon Sun and Moon at the Hyper Trainer in the Hau’oli City mall. Trade bottle caps and you can raise Pokémon’s IVs above their actual levels. However these increases apply only in battle and not while breeding; so Pokémon who’ve had their IVs increased through Hyper Training will still pass on their original IVs if used to create eggs.

Once you finally have the perfect Pokémon bred, there’s still a lot more to do before you’re ready to start battling competitively. Check out our comprehensive guide to competitive Pokémon battling to find out exactly what.

And remember: Since nobody knows how Pokémon eggs are made, it’s definitely not gross to continuously breed freshly hatched Pokémon with their own parents in search of perfect genes. Nope, not gross at all.