Home News With the Pixel 5 and 4a 5G, Google finally priced its phones...
News

With the Pixel 5 and 4a 5G, Google finally priced its phones to succeed 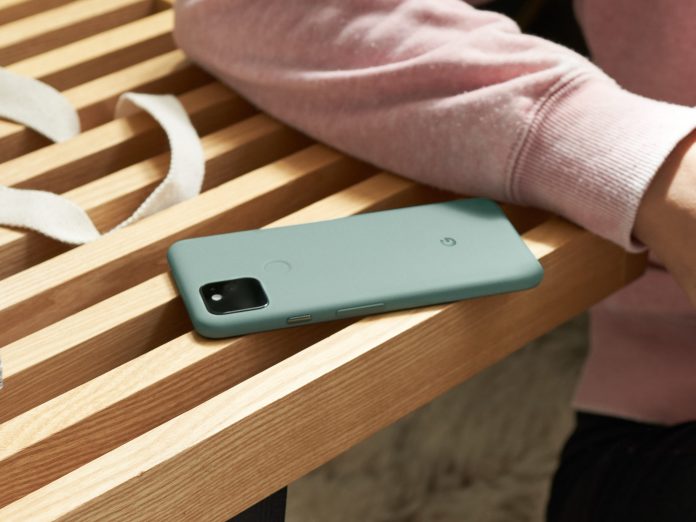 Google’s Pixels have long been a top choice for technology enthusiasts. For people who understood the importance of simple software and a phone that offered an experience greater than the sum of its parts. And for people who loved having an easy-to-use, yet exceptionally powerful, smartphone camera.

But Google constantly ran up against a huge obstacle: Nobody would actually get to trying a Pixel phone to find out how great it was, because they were too expensive. The first four generations of Pixels were priced comparably to the latest iPhone and Samsung Galaxy phone. And when faced with that choice, people went with the sure thing: The big name they already knew.

With the Pixel 3a in 2019, and its successor 4a released just a couple months ago, Google finally figured it out: People will appreciate what Google has to offer, it just has to lower the price a bit. And now that we have the ostensibly higher-end Pixel 5, and the larger Pixel 4a 5G, we know that Google has fully taken to heart the idea that it needs to be incredibly price-competitive.

For some, myself included, the old Pixel model of trying to make a high-end phone and charging a high-end price was just fine, but that’s because I love what Google brings to the table with its Pixels, and I’m willing to pay. Everyone else, however, saw frankly boring hardware, a spec sheet with a few corners cut, and lots of “extras” found on other phones that were missing here.

Instead of trying to follow the same system as before, Google broke the mold and actually changed its strategy — even for the top-end Pixel 5. Even though this is Google’s best phone of the year, it’s only $700. Meanwhile, the Samsung Galaxy S20 Ultra launched at $1,400, and Apple’s iPhone 12 Pro will likely start at $1,000.

Now obviously, Samsung and Apple have price-competitive phones to the Pixel 5, as do LG, OnePlus, Motorola and myriad international-focused brands like Xiaomi and Oppo. But they’re all sub-flagship phones, and they are now competing with Google’s flagship. All of them have corners cut, and less-than-flagship specs, just like the Pixel 5 does. They don’t have the best screen or the latest features top to bottom.

And at this $699 price, Google’s Pixel 5 absolutely kills these phones in two areas: Camera and software.

Google’s camera prowess is its ace up the Pixel 5’s sleeve. We’re once again getting its tried-and-true 12MP camera, which can leverage advanced image processing to capture incredible photos, day and night, without any thought. The Pixel 5 also now has a secondary ultra-wide camera for those breathtaking shots, which was one way the competition had it beat in imaging. Add in incredible video stabilization, top-notch portrait mode effects, and a fantastic selfie camera, and it’s a complete package. The Pixel 5 simply runs away from the top-end competition, let alone phones at the same price.

Once you drop the price, the Pixel absolutely wins the discussion of cameras and software.

At this lower price, you can also better appreciate its approach to software and the overall user experience. When corners start getting cut to save on price, companies often make the wrong choices — they keep features that help phones sell, but that aren’t necessarily the best combination for using the phones. Google cares, first and foremost, about that post-purchase experience. Android 11 is simple and powerful, has no superfluous apps or bloatware, and Google’s “smart” additions with Assistant and other A.I. features delight you on a regular basis.

The Pixel 5 has more than enough processing power to run it all smoothly; a dozen other phones using its Snapdragon 765 processor this year have shown us that there’s nothing to worry about. And with 8GB of RAM and 128GB of storage, the phone’s well positioned to handle the three years of guaranteed software updates from Google.

It’s true that the Pixel 5 and Pixel 4a 5G are still in many ways boring phones. They don’t have the flash and whizz-bang features that would make them jump out and scream “I’m cool, buy me!” like some other phones do. But that has never been Google’s intention, and I’m glad it hasn’t caved in to that short-sighted strategy. Instead, it simply doubled down on its strengths, and made the right decision to cut its prices to guarantee more people will have an opportunity to try — and more often than not, love — its phones.

Facebook
Twitter
Pinterest
WhatsApp
Previous articleThe Pixel 5 and Pixel 4a 5G are here — but which one should you buy?
Next articleWith the Pixel 5 and 4a 5G, Google finally priced its phones to succeed