Home News Which ball-shaped Echo Dot will win this... round?
News

Which ball-shaped Echo Dot will win this… round? 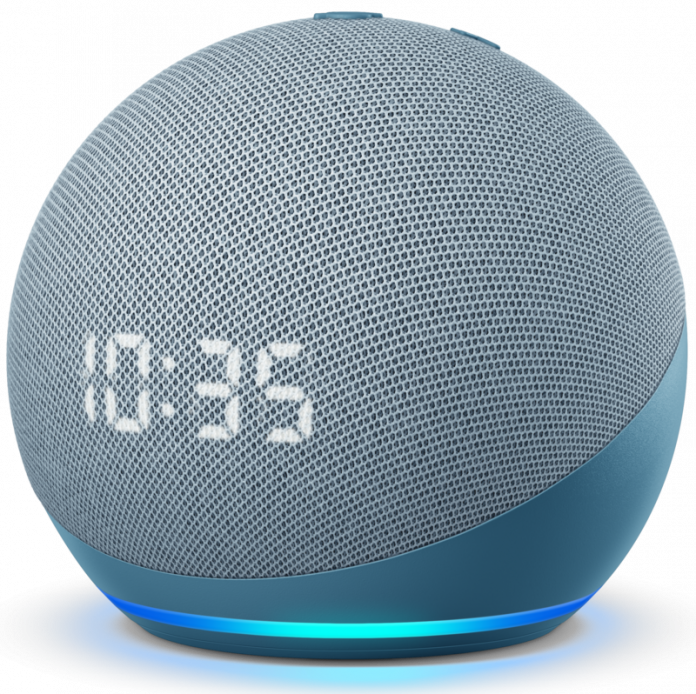 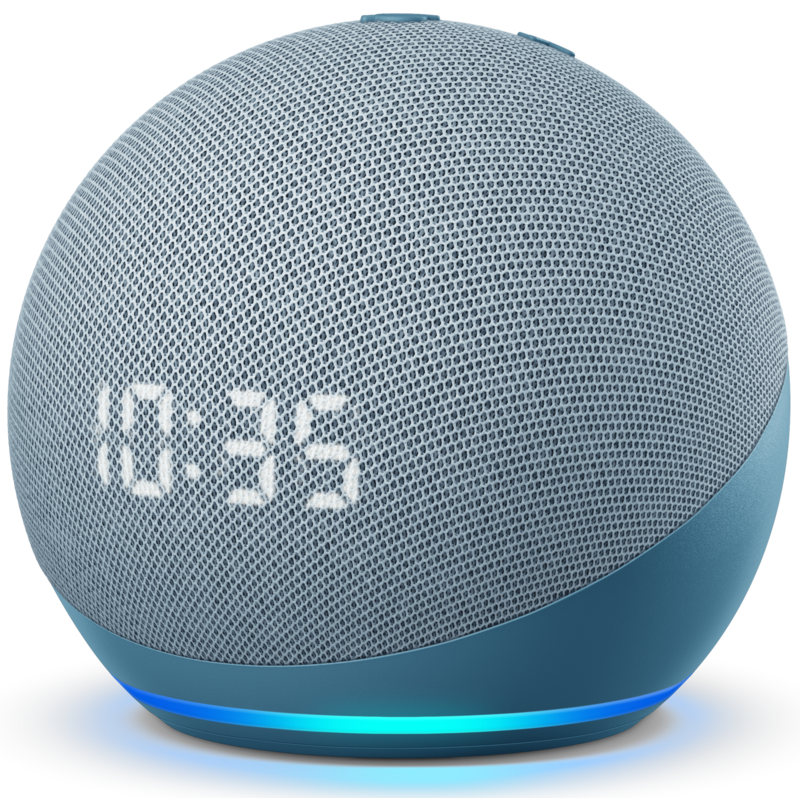 The fourth-generation Echo Dot with Clock is the best version of Amazon’s top-selling Alexa speaker to date. It has an improved front-firing speaker, an all-new rounded design, and a functional LED that can show your time, timers, and temperature. Don’t worry about distractions, as an ambient light sensor keeps it from blinding you in dark spaces. 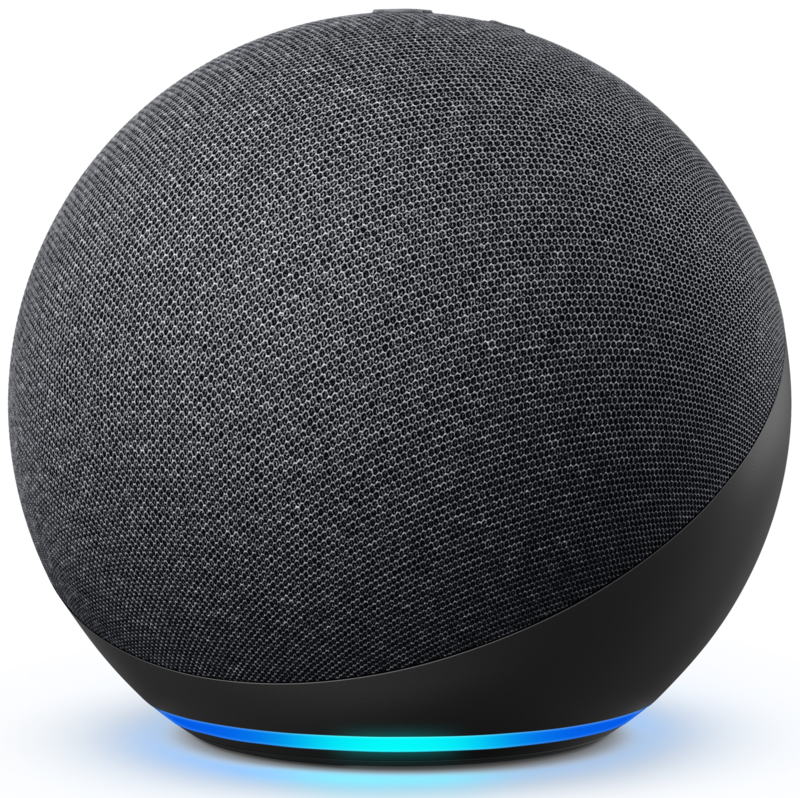 Just because the other Dot has a clock built-in doesn’t mean that you should write off this little smart speaker. It has the same speaker, design, and functionality as its sibling, plus it also comes in a cool Charcoal color. If you don’t care about or don’t need an ever-present display, save a Hamilton and get one of these.

If you’re trying to decide the merits of getting an Amazon Echo Dot (4th Gen) vs. an Echo Dot with Clock (4th Gen), you might be having a difficult time coming up with a point of distinction beyond the LED clock on the latter. And you know what? That is basically the only substantive difference between the two devices. So why should we go on discussing the matter any further? Well, there are some other subtle differences that may matter to you when making your purchase decision. 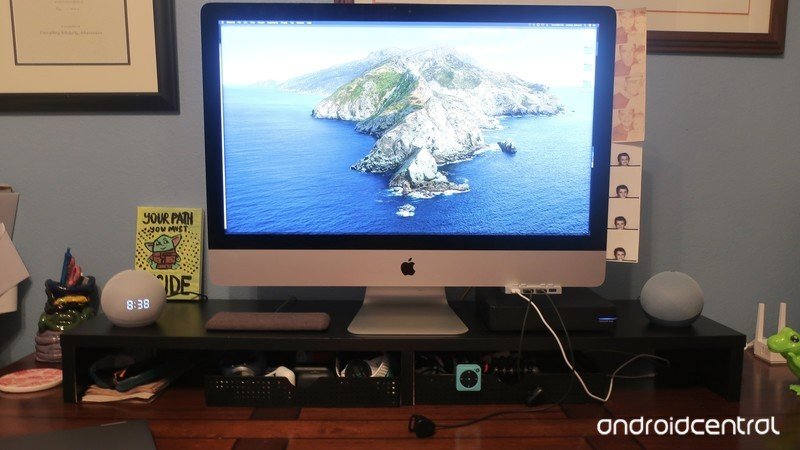 It’s true, the Echo Dot (4th Gen) and Echo Dot with Clock (4th Gen) have a ton in common. Don’t believe me? Take a look at the spec sheet below. 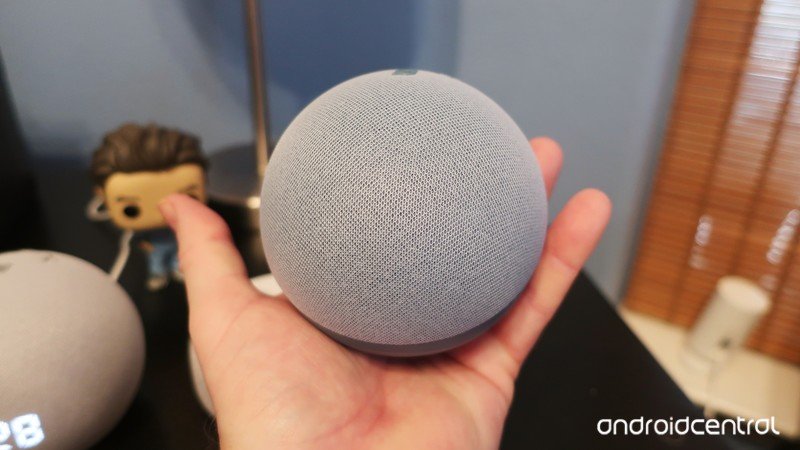 Comparing these two Echo Dots is extremely easy and extremely difficult precisely because they have so much in common. If you look at them side-by-side (especially if they’re unplugged), you absolutely can’t tell them apart. They both sport the new, rounded sphere aestetic that Amazon introduced in late 2020 with the new Echo (4th Gen), and the placement of buttons, ports, and the iconic Echo light ring is the same on each.

Speaking of their shared new design, the top buttons blend into the fabric covering nicely, but they have a raised texture that makes it fairly easy to feel and distinguish from the other buttons. Because of the new shape, Amazon moved the light ring to the bottom of the device, which looks cool but could make it harder to see, depending on where you place your Echo Dot on display.

Both Echo Dots are certified as part of Amazon’s ambitious new Climate Pledge. Both feature sustainably recycled materials like 50% post-consumer recycled plastics, fabric covers made from 100% post-consumer recycled plastics, and 100% recycled die-cast aluminum. Both are optimized to draw less power than ever before, and users will be able to monitor and manage power consumption through a new energy dashboard in the Alexa app.

Finally, we get to what most people care about when they consider a new speaker — sound. Both Echo Dots have the same 1.6-inch driver, but it sounds better than ever thanks to the devices’ design. The speaker is now front-firing, and the spherical shape of the device helps the acoustics. 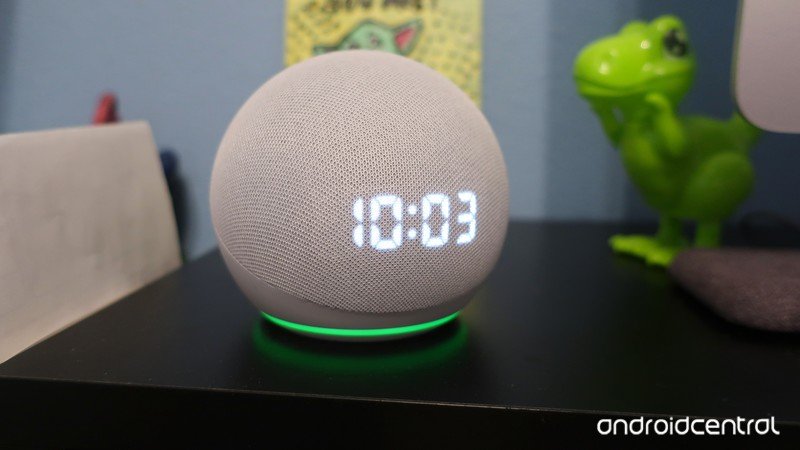 We’ve already highlighted the biggest difference between these two devices — the clock — so I won’t dwell on that too much longer. The LED on the Echo Dot with Clock (4th Gen) is a really nice-to-have feature, and in my opinion, it’s worth the extra $10 over the “regular” Echo Dot (4th Gen).

That minor price difference is the second point of differentiation between these devices, and if it’s enough to dissuade you from buying the Echo Dot with Clock (4th Gen), I respect that. Even if the price difference isn’t a big deal for you, you may not find it necessary to have a clock on your speaker, or you may not like the aesthetics of it. I get that too.

In fact, my biggest complaint about the Echo Dot with Clock (4th Gen) is that the “with Clock” part didn’t see an upgrade from the previous generation. It still has the same size and style, and it still only shows you the time, temperature, and timers and alarms. It would have been nice to see an expanded feature set of some kind (larger font, notifications, color, etc.). Still, with the devices having undergone such a dramatic makeover, I can forgive Amazon for this omission.

The last significant difference here is in the color options. Both Alex-enabled speakers are available in Glacier White and Twilight Blue, but only the regular Dot comes in the Death Star-esque Charcoal hue. When you ask Alexa a question in a darkened room, and she responds with the light ring, it looks like Alderaan is about to be obliterated again.

Amazon Echo Dot (4th Gen) vs. Echo Dot with Clock (4th Gen) Which should you buy? 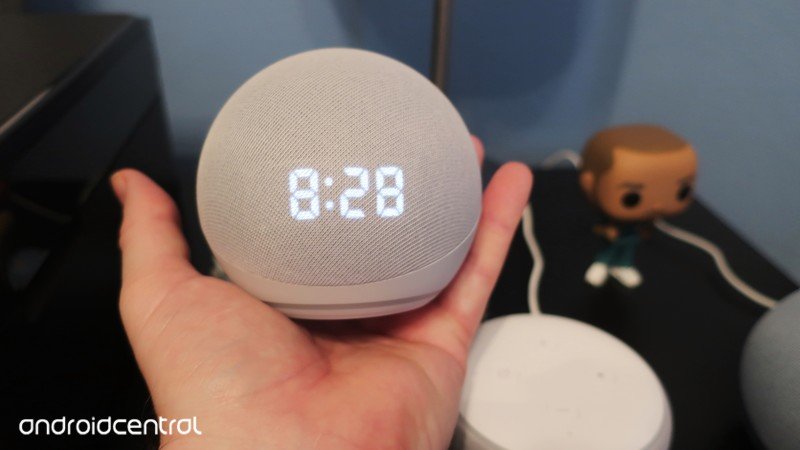 I honestly think you’d be making a great choice with whichever fourth-generation Echo Dot you pick, but I’m putting my foot down pretty hard here that the Echo Dot with Clock (4th Gen) is the Dot to get this year. That LED may be basic, but it provides some important extra functionality for only $10 over its sibling’s price. And this year, you don’t just get a white color variant, but the gorgeous Twilight Blue option as well. Win-win in my book!

See what we mean

The latest Echo Dot sports a new design, better sound, and an always-on LED that can show you the time, temperature, alarms, and timers. A lot of added functionality for a marginal increase in price over the regular Dot.

If you want to save a few bucks over the LED version, the regular Dot has everything else you need, plus it’s available in the dramatic Charcoal black color.