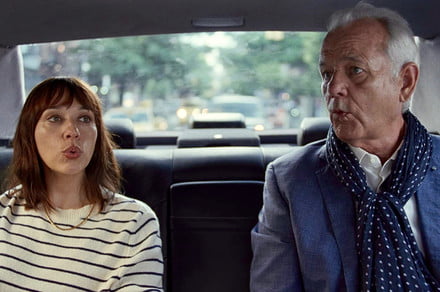 Apple TV+ launched just under a year ago. At first, the selection of titles was underwhelming, but over its initial 11 months, the service has added a decent selection of movies and shows, with more on the horizon. It hasn’t quite filled out yet, but it is making steady progress. Here are a few of the most recent titles that you should be excited about.

Our top picks for October

Tiny World is a six-part documentary series that takes a look at some of the tiniest animals on our planet, and what they must do in order to survive and thrive. Fittingly narrated by Paul Rudd (our favorite pint-sized Marvel superhero), the series is produced by Plimsoll Productions, the team responsible for Netflix’s seven-part nature series, Night on Earth, and the National Geographic series Hostile Planet. From hermit crabs and pygmy monkeys to frogs that are no bigger than a dime, Tiny World captures the trials, hardships, and big hearts of some of the world’s smallest creatures, all by way of dazzling cinematography, an emotive score, and Paul Rudd’s earnest narration. The series lands on Apple TV+ on October 2.

On the Rocks is the first feature film for Apple TV+ that was co-produced and co-distributed by Apple and U.S.-based production company A24 (Lady Bird, Moonlight, Hereditary, The Lighthouse). Co-written and directed by Sofia Coppola (The Beguiled, Lost in Translation), On the Rocks stars Rashida Jones as Laura, an upper-class mother of two who begins to suspect her husband (played by Marlon Wayans) could be cheating on her. So who does she turn to? Coppola’s ace in the hole, Bill Murray, of course. Murray plays Felix, Laura’s father, who suggests he and his daughter should stalk the streets of nighttime New York, following Laura’s husband wherever he goes. On the Rocks is Bill Murray at his best, a performance allowed to shine by Coppola’s intimately air-brushed vision of love gone astray. A24 is aiming for a limited theatrical run starting October 2, but you can find On the Rocks on Apple TV+ on October 23.

Ghostwriter returns to Apple TV+ for its second season on October 9. The first season centered on a group of kids dealing with a haunted bookstore, where a resident ghost unleashes characters from classic literature into their neighborhood. Praised for its mature writing and well-cast leads, the first series featured classic literature characters from Lewis Carroll’s Alice’s Adventures in Wonderland and Rudyard Kipling’s The Jungle Book. Produced by Sesame Workshop, Ghostwriter Season 1 nabbed the Emmy for Outstanding Children’s or Family Viewing Programming, marking one of the first Emmy laurels for Apple TV+.

Everything new on Apple TV+ in October

Looking ahead for Apple TV+

Apple TV+ isn’t quite as competitive as some of its other streaming service competitors. That isn’t a huge deal, namely because it is significantly cheaper — especially once Apple One hits later this year. However, the service does have some exciting stuff coming later this year and early in 2021.

Apple Original Films and recording artist Billie Eilish are releasing a documentary in February 2021 called Billie Eilish: The World’s a Little Blurry. Wolfwalkers is an animated series coming later this year, and Foundation — based on the series of books by Isaac Asimov — comes early next year.