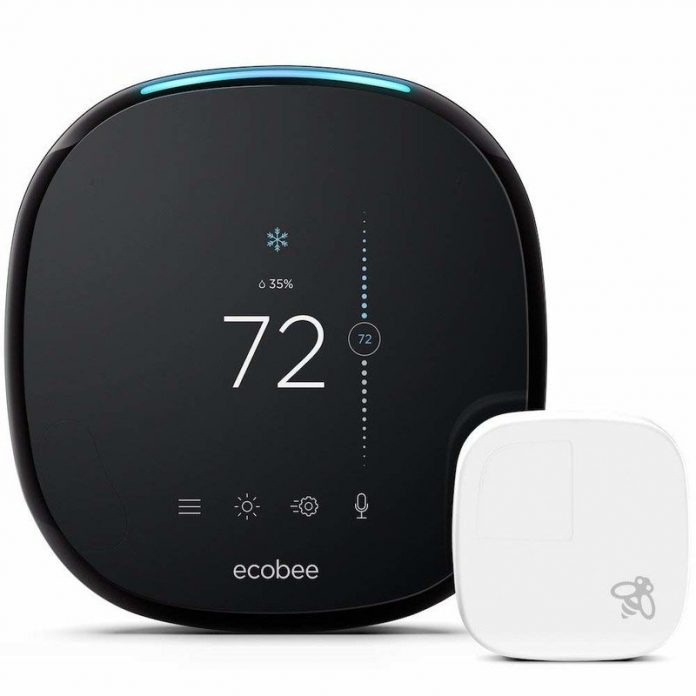 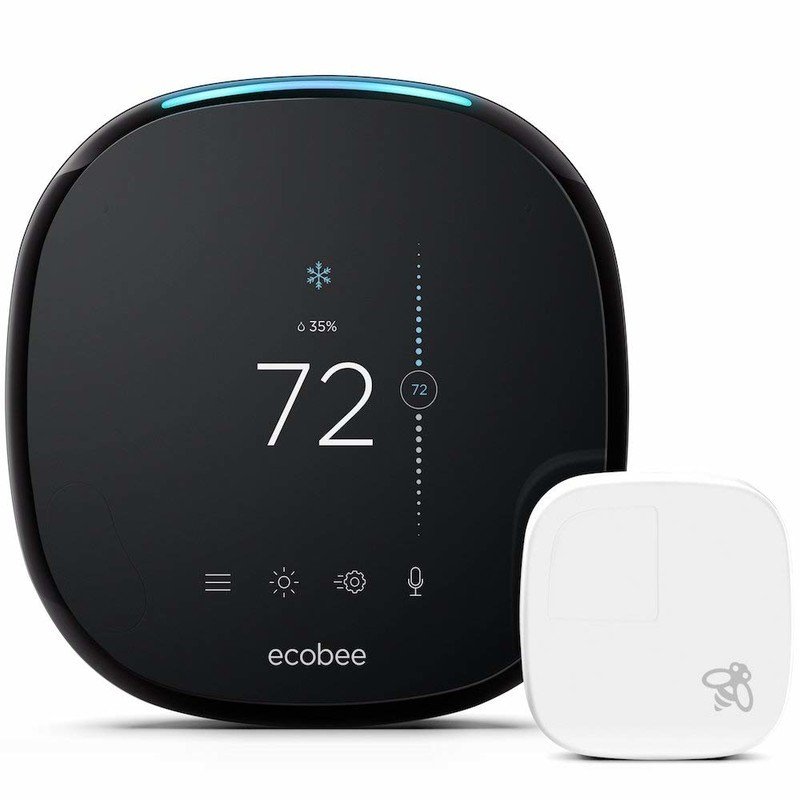 The Ecobee4 is a versatile machine that works with multiple apps, speakers, smart homes, and sensors, giving you all the methods you need to schedule, control, and track your home temperatures through all the rooms in your home. Unfortunately, Ecobee isn’t manufacturing more of them, so grab new units while you can.

Colorful but stripped down 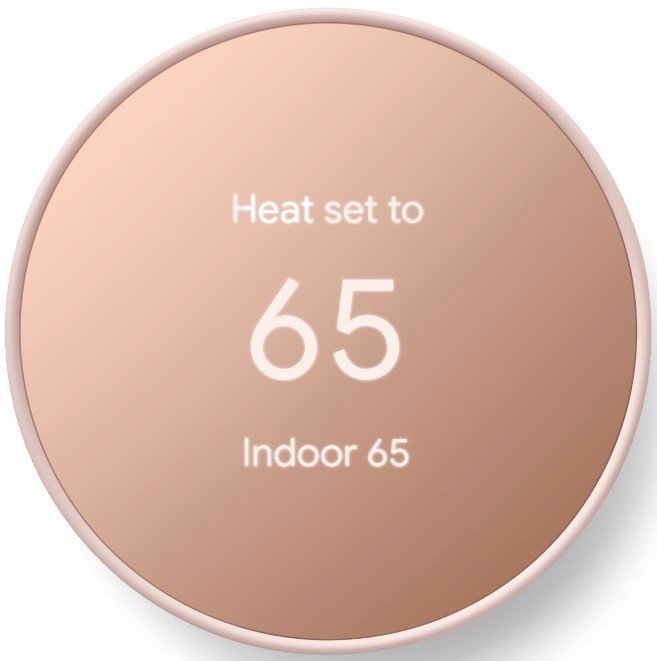 The latest Google Nest Thermostat doesn’t have the same smarts as its more expensive predecessors, but it still provides useful tips for energy savings, can monitor your HVAC systems for any problems, and has the same motion tracking found in Pixel phones. Plus, it’s much less expensive than most smart thermostats.

With the launch of the new Nest Thermostat, we’re weighing how it stacks up to one of our favorite smart thermostats. The Ecobee4 is certainly older and more expensive, but also brings some features to the table that the bargain-priced Nest lacks, such as built-in mics for voice commands, a touchscreen and remote sensors. On the other hand, Nest has a simpler install that may appeal to some buyers, plus Soli motion sensing. Let’s dive into the differences. 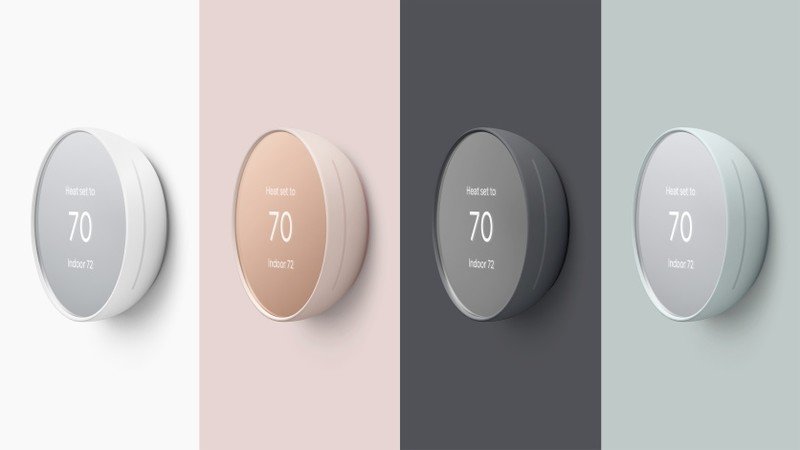 Before explaining what each device does, it may be helpful to explain what they don’t do. Along with losing the rotating dial for touch controls and swapping out a digital display for simple glass, the Nest Thermostat 2020 ditches two other features. First, it no longer supports remote temperature sensors to gauge exact heat levels in different rooms of the house. Second, it no longer automatically sets up a temperature schedule based on your preferences; you’ll have to manually organize its timetables yourself.

After creating your initial schedule, the Nest app will offer suggestions for ways to tweak your settings to save energy. And it will monitor your HVAC system and report to you if it senses a potential problem that needs repairs, a useful tool that is being patched into older Nests as well. The Ecobee4 doesn’t have any learning capabilities, nor any energy-saving suggestions or HVAC monitoring. You schedule temperature changes throughout the week, but that’s about it.

Previous Nest thermostats also supported geofencing to check when all users had left the home so it can reduce energy usage. The new Nest Thermostat supports this but also uses Soli motion sensing technology to track your presence and confirm you’ve left. We had hoped that the inclusion of Soli would mean gesture controls, but as of now no such functionality has been added.

Geofencing is a weak point for Ecobee. It supports it, but only for one phone at a time. Thus, if the primary user leaves, the system will switch to Away and freeze or sweat out anyone still left in the home. Users have come up with hacks using IFTTT or HomeKit to add multiple users, but most people won’t bother with that and will just leave the feature off unless they live alone.

Ecobee’s SmartSensor accessories will cost you, but give you a more complete understanding of your house’s climate.

As for its strong point, look no further than the Ecobee4’s remote sensors, which helped it make our list of best smart thermostats. While the new Nest Thermostat can sense the temperature level around itself, the Ecobee4 SmartSensors track temperatures in every room in the house and make the info available in the app. They also track occupancy and can automatically reduce energy usage in empty rooms. Plus, some of Ecobee’s sensors can track if doors or windows have been opened and send you an alert, if you don’t already have a home security system.

Those are the main feature differences to consider between the Nest Thermostat versus Ecobee4 Smart Thermostat, but for a more in-depth side-by-side comparison, check out the spec table below.

Nest Thermostat vs. Ecobee4: Installation and the C wire 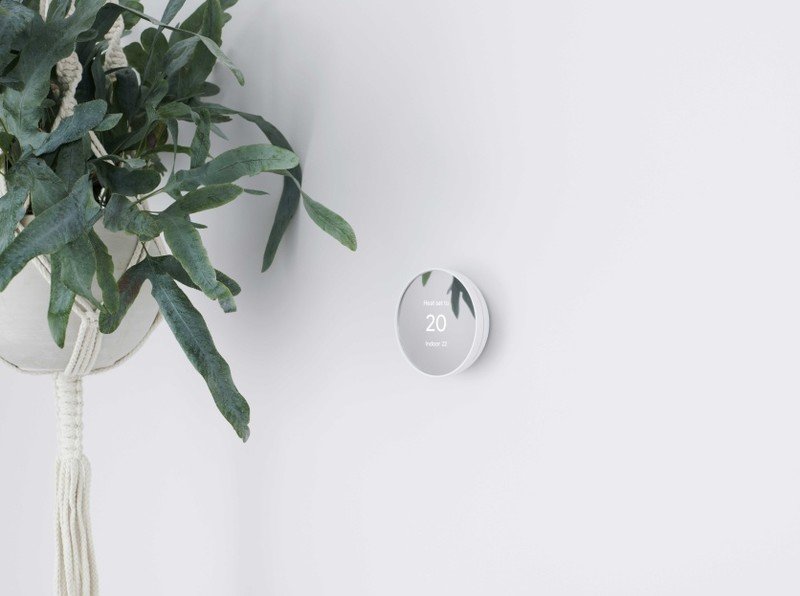 With either Ecobee or Nest, you have two options for installation: with or without a C wire, the “continuous” power source that most thermostats rely upon.

The Ecobee4 is intended to work with a C wire, as it needs a steady and strong power source to work, but it ships with a Power Extension Kit (PEK) that provides an alternative power source. If your heating, ventilation, and air conditioning system (HVAC) has a C wire, then installation should be fairly straightforward: you simply disconnect your wiring from your current thermostat and reconnect the wires to the Ecobee. Without a C wire, you’ll need to feed the wires into the PEK, then insert separate PEK wires into your HVAC.

In theory, the Nest Thermostat installation process simplifies things. Nest has a compatibility checker that has you put in which HVAC wires you have, then gives you a customized step-by-step installation guide or tells you it’s not compatible. Interestingly, Google says that its new thermostat is compatible with 85% of 24V HVAC systems, compared to 95% for the Nest Learning Thermostat.

Nest Thermostats may not require a C wire, but you may run into glitches without one.

Because it uses backup batteries and allegedly uses less than 1 kWh/month, the Nest Thermostat supposedly doesn’t need a C wire. However, many users report incessant problems with the Nest Thermostat without a C Wire, such as strange clicking or thumping noises or other errors.

These issues were reported with previous Nest Thermostat models, but given this model is compatible with fewer HVAC models than before, and a fix wasn’t reported in the press materials, assume the problem has persisted until we know otherwise. Thus, the Ecobee4 may be a more versatile choice for users without C wires, and Nest buyers may need to invest in a Venstar kit, which lets you manually install a C wire to your HVAC.

Neither thermostat is compatible with high-voltage systems, so check your HVAC for a 110, 120 or 240 volts label before you purchase either. 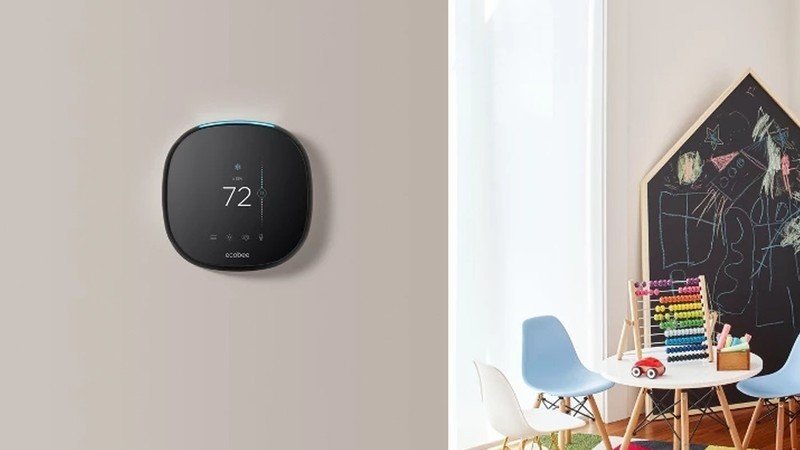 While both thermostats have an LCD display that shows the current temperature, only the Ecobee4 screen has a built-in touchscreen, enabling you to tap it to make immediate changes to your settings or temperature.

The Nest Thermostat screen is about an inch smaller than the Ecobee4’s — as is the device itself — and has a mirrored glass display rather than the high-res digital display of the Nest Learning Thermostat. It will display the temperature at a fixed size, whereas other Nests have a Farsight feature that adjusts the size of the information on screen based on how far you’re standing away. One positive, however, is that the Nest Thermostat LCD is an IPS model, meaning it is more easily viewable at an angle.

Another difference from previous Nests is that the new Thermostat has done away with the rotating dial for changing the temperature in favor of a touch-sensitive strip on one side. You simply move your finger up along it to reduce the temperature, or down the strip to raise the temperature.

The Ecobee4’s built-in smart speaker is handy, but you’ll need to get up close and loud for it to pick up commands.

With either device, you have two other options for controlling your thermostat: the app and voice controls. You set up and control the Nest Thermostat using the Google Home app, while the Ecobee4 predictably uses the Ecobee app but can also be controlled using Apple HomeKit. Whichever app or device you choose, you’ll have access to a robust set of features for scheduling temperature changes for certain times of day.

As for voice assistant controls, either thermostat is compatible with Alexa speakers and Google Assistant speakers. However, only the Ecobee4 has built-in mics for taking commands directly at the thermostat without needing a separate smart speaker, as well as a built-in speaker that will respond to your commands. While this could be a major advantage, the Ecobee4 has a notoriously weak speaker and its mics have difficulty picking up commands. This ended up being improved in the most recent Ecobee SmartThermostat, but with this model you’ll likely need a separate smart speaker regardless.

Nest Thermostat vs. Ecobee4: Which should you buy? 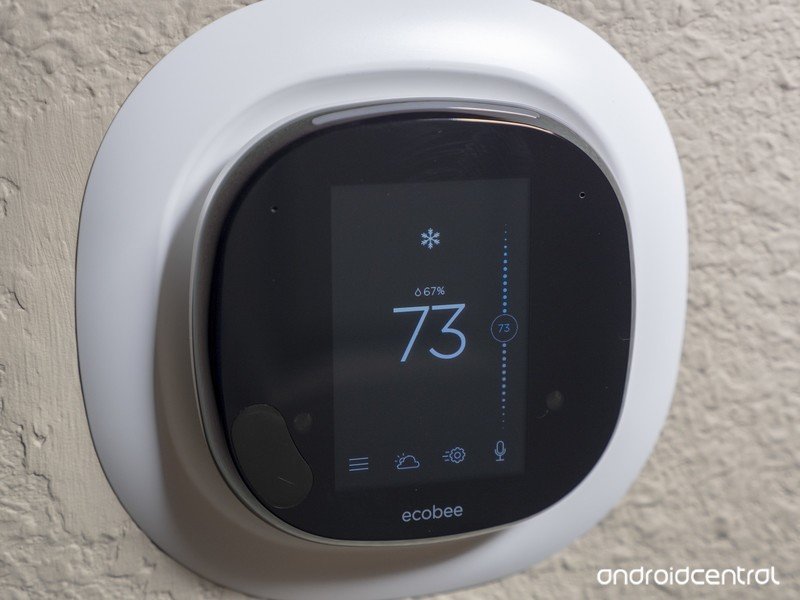 The Ecobee4 is getting harder to find, as Ecobee has mostly stopped manufacturing it and is selling refurbished units on its site instead, pushing folks to buy the more expensive and upgraded Ecobee SmartThermostat instead. Yet if you can track down an Ecobee4 in stock, it’s a good option that’ll most likely be compatible with whichever smart home or speaker you own.

That said, its design could be described as dull, at best. For comparison, the Nest Thermostat 2020 has an easy-to-read, multi-color display that unfortunately doesn’t do all that much besides show the temperature in that room. It’s a lesser version of the Nest devices that came before, but some shoppers will prefer setting their own temperature schedules with suggested AI tweaks rather than relying on Nest entirely for an automated schedule.

Shoppers that want good automated Away settings for multiple tracked users, and a thermostat with a backup battery in case the power goes out, should stick with Nest and save some money. Shoppers that want total temperature tracking throughout their home, and don’t mind spending much more to get the thermostat and sensors they need, should consider Ecobee instead.

This thermostat remains one of the best devices for temperature tracking in a large home, regardless of whether your HVAC has a C wire or not. Just be prepared to spend a healthy amount on both the device and its sensor accessories.

Colorful but stripped down

For a new device that won’t break your budget and will look stylish on your wall, the Nest Thermostat is a solid buy. It will poke and prod you into saving money on your energy bill, safeguard your HVAC system and automatically track when everyone leaves home.