Home News The best Xbox One controllers for 2020
News

The best Xbox One controllers for 2020 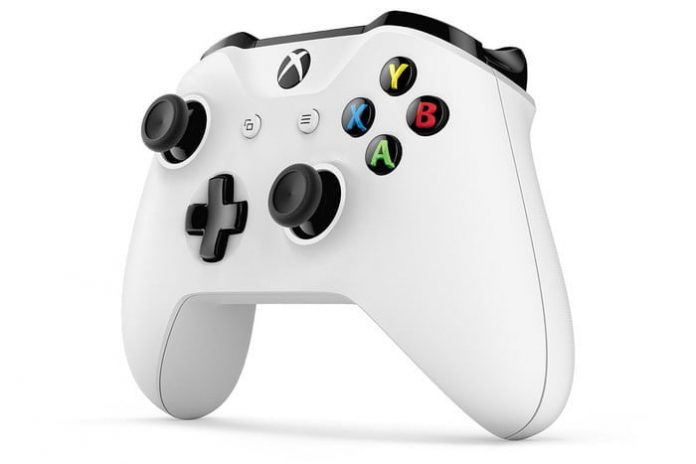 If you own an Xbox One, you’ll eventually find yourself shopping for a new Xbox One controller. Maybe you’re trying to replace one you smashed in a fit of rage while playing Dark Souls, or you’re looking for a good controller for your co-op partner. No matter the situation, picking up another controller is an inevitable part of owning a gaming system. However, in recent years, the market has become saturated with excellent Xbox One gamepads, making it difficult to determine which one is the best purchase.

Whether you’re looking for something cheap, powerful, or game-specific, here are the best Xbox One controllers available in 2020.

The standard controller that comes with every Xbox One console also happens to be one of the best you can get for the system. The basic layout of the controller is relatively similar to the Xbox 360 controller, with offset analog sticks that work perfectly for shooters, sports games, and everything in between. The bumpers on the top have been improved since the first version of the controller was released, making them easier to press, and the triggers are wide enough for any size hand to pull them.

It’s certainly simple, but the Xbox One Wireless Controller is a workhorse. Two AA batteries can easily last for weeks, compared to the PlayStation 4’s DualShock 4, which must be charged on a regular basis. The controller can also be made into a wired controller by attaching a Micro USB cable, giving you less latency for sports or fighting games.

The plain black or white designs for Xbox One controllers aren’t the most exciting things in the world, but you don’t have to settle for anything less than a fully-customized gamepad. The Xbox Design Lab allows you to create your own controller, with everything from the triggers to the analog sticks coming in an assortment of different colors. If you want to make your controller look like Waluigi, with a purple front and yellow back, you totally can, or you can go with something more sleek and subtle.

The controllers start at $65, but for an additional $10, you can also add a custom engraving of up to 16 characters. Stick your Gamertag on the front, issue a taunt to a friend, or enter the Konami Code — it’s completely up to you.

One of the world’s most expensive controllers has proven popular enough to warrant a second version. Revealed at E3 2019, this new version builds on the original in almost every way — but we all know the biggest improvement is the shift to a USB-C port for charging its 40-hour battery. It can even double as a wired controller if you’re particularly sensitive to wireless lag.

The Elite Wireless Controller Series 2 comes with interchangeable thumbsticks, D-pads, and paddles, plus the ability to adjust the tension of its analog inputs for things like faster trigger speeds and weightier movement and aiming. They even redesigned the rubberized grip, a common point of concern on the original version. If you’ve ever wanted to toss your original controller in the trash and spend an extra $100 for some extra buttons, the Xbox One Elite Controller Series 2 is for you.

On the third-party side, Razer’s Wolverine Ultimate controller offers just as many customization options as the Xbox Elite Controller, plus a little extra style for those interested in flashing lights. Bundled with interchangeable analog sticks and directional pads as well as remappable bumpers and triggers, you can create and save more than 500 different customized setups depending on the game you’re playing, and sensitivity levels can be adjusted to give you the same level of customization you’d expect on a mouse. If you’re a fan of vibration, you can increase it in both the Impulse Trigger and the standard rumble motors, which should make your racing or shooting even more immersive.

Want a little more flair while you frag? The Wolverine Ultimate also includes Razer’s Chroma lighting, giving you gorgeous effects that can be changed based on your preferences or, if you’re a streamer, based on your audience’s reactions.

Scuf makes some of the most comfortable controllers on the market today. Their elite controllers are similar to the standard Xbox One’s, but it definitely feels different when picked up. The smooth plastic and subtle yet effective backside features make holding it a dream come true. It also has an interchangeable faceplate and built-in rechargeable battery, which will last around 30 hours. You can change analog sticks and faceplate, and overall customize the way these controllers look fairly easily. What’s great is that the Scuf Prestige controller is also magnificently light, weighing in at only 267 grams.

What really makes these controllers stand out isn’t the customization, light weight, or comfort holding it. Rather, Scuf has managed to find a way to make the four back paddles the most comfortable to reach out of all the other controllers. The bumpers have been redesigned on this controller to be more durable and have more points of contact. This actually has eliminated the issues the Xbox Elite Controller faced and, to some degree, the regular Xbox controller. Games that are bumper-heavy won’t wear the paddles out even after long, vigorous use.

The standard Xbox One controller is great for many games, but it struggles with 2D fighting games — the default layout of the buttons and the directional pad aren’t ideal for the quick movements needed in the genre. To solve that, Hori has created the Fighting Commander, a controller that bears a remarkable resemblance to a certain Sega controller from back in the early ’90s. The controller drops the analog sticks in favor of a single directional pad, but it still includes a switch so that you can complete functions that require the stick in certain games. It’s also wired, which is necessary for serious fighting game events.

The configuration of the Fighting Commander is a little different than other controllers, with the RB, RT, LB, and LT buttons all located on the right side and two extra buttons included on the left side. The curved design of the back is more ergonomic than controllers of yesteryear, but it should feel perfect for anyone who played Mortal Kombat on Genesis. As an added bonus, the Fighting Commander is compatible with Xbox 360 and with PC through the XInput program. The controller won’t set you back much, either, costing less than all other options on our list, and it’s much smaller than a traditional full-sized fight-stick.

Playing on a traditional controller can be an extremely difficult or even impossible task for players with physical disabilities. The Xbox Adaptive Controller aims to serve this group of players by providing a fully-customizable hub for accessibility devices. Every button on the standard Xbox One controller is represented by an input port on the side of the Xbox Adaptive Controller, and users can use 3.5mm or USB devices to control these functions in whatever way serves them best.

If more than one person in your household uses the Adaptive Controller and they have different needs, you can also customize profiles and switch between them on the fly. The controller comes with a 9-foot cable to charge its battery, and it’s also compatible with Windows 10 PC games.

Not everyone needs the most expensive controller in order to get the most out of their Xbox One games, especially if they’re looking for a second controller for friends to use when they visit. PDP designs high-quality controllers at a fraction of first-party companies’ prices, complete with many of the same features you have already used. On the PDP Wired Controller for Xbox One, you get a 3.5mm jack, so you can use your headphones or chat headset for gaming online, and it includes a detachable USB cable to make storage a snap.

The PDP Wired Controller is compatible with PDP’s own Control Hub app, which allows you to remap buttons, adjust the dead zones on your analog sticks, or even troubleshoot any issues you might be having. A function button used in conjunction with the directional pad also gives you the ability to change the audio levels or adjust your chat mix without needing an in-line control unit. The texture on the grips as well as the trigger and shoulder buttons are also designed to keep your hands from slipping, and the controller is fully compatible with Windows, so you can cut down on the mountain of controllers filling up your game room.

Unlike Sony’s Dualshock controllers, the humble Xbox controller has seen a fairly radical change with each new console generation, but there was no bigger change than between the original Xbox and the Xbox 360. If you miss the oversized design of the early 2000s Xbox controller, you will enjoy this more recent release.

Note that it’s a USB controller. You won’t be able to use it on the original Xbox, but you can play your favorite PC titles. The large thumbsticks aren’t as responsive as modern controllers. The controller is ideal if you have large hands or just want to get the nostalgic feel of classic Xbox titles. Oh, and did we mention the massive front logo is actually an OLED display playing the original start-up animation? The retro design and nostalgic feel of this controller are a fun alternative to modern options like the Xbox One Elite Series.

Looking for savings? Take a look at our predictions for Prime Day gaming deals, switch deals, PS4 deals, and more ahead of Prime Day 2020.