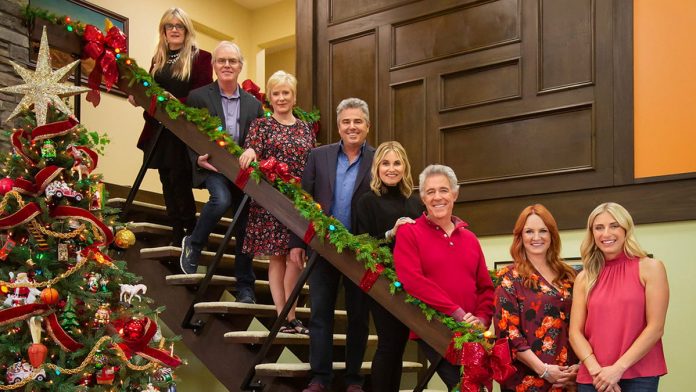 If big-box retail thinks it’s early enough to stock Christmas trees, stockings, and wrapping paper, then it’s not too early to begin marathoning holiday cinema. Just be sure not to tell your family’s Scrooge(s) that you intend to unleash your inner Christmas cheer before Halloween even hits.

Where can you even find Christmas movies right now? Hulu is a fantastic place to start. Whether you’re after the nostalgic comforts of an older network TV special or the big-budget glitz of a modern-day holiday flick, there’s something for the whole family this season. For your viewing pleasure, we’ve put together the best Christmas movies currently streaming on Hulu.

If you’ve exhausted Hulu for Christmas classics, we’ve also put together a roundup of the best Christmas films on Netflix.

The Brady Bunch is back for the holidays in this 1988 CBS TV movie. Mike (Robert Reed) and Carol Brady (Florence Henderson) can’t wait to spend the Christmas holiday with their six adult children and family friend, Alice, but a confluence of issues may prevent the holiday get-together from happening at all — every Brady child seems to have a problem going on. When Mike is trapped in a collapsed building, however, they’ll all have to set aside their issues to help make a Christmas miracle happen.

In a modern holiday take on the classic fairy tale, hardworking event planner Angie Wells plans to let loose at the annual Christmasquerade Ball, but things take a romantic turn when she meets wealthy playboy Nikolaus Karmichael. He must marry to retain his inheritance and sets out to find the masked woman who stole his heart at the ball. While he searches for her, Angie must choose between pursuing her lifelong dream of running her own business or following her heart.

Ever since she was a child, all Darcy wanted for Christmas was the perfect holiday. When she stumbles across an enchanted figurine, she magically wakes up in a Christmas village in Ireland, where all of her perfect Christmas dreams finally come true. This being a romantic film, that also means finding love.

Caroline, unhappy in her marriage, plans to file for divorce. On her way to file the paperwork, however, she’s involved in an accident, and everything in her life is turned upside-down. Caroline begins to experience amnesia, and her husband takes it upon himself to do everything in his power to make all of his past wrongdoings right. He’ll do whatever it takes to make her fall in love with him again.

New York City ad exec Holly Maddux wants it all: The perfect job, the perfect life, and the perfect man to sweep her off her feet. One day, after slipping and hitting her head, she wakes up to find that perfect man unexpectedly waiting for her. Holly is smitten with the mysterious new beau, but she quickly realizes a problem: He’s a mannequin that’s come to life. Now, Holly must decide what “perfect” really means to her, and if she can truly have both the perfect life and real love.

Kate (Emilia Clarke) is down on her luck, working a dead-end job as a Christmas elf and hoping her dreams of becoming a professional singer will come true. It’s a bind that any artist is wont to find themselves in from time to time. For Kate, things literally start looking up when she meets Tom (Henry Golding), a pleasant stranger that Kate sees staring up into the sky. Over the course of the film, the two become close, which after a string of depressive episodes, helps Kate to put her own life back together. Directed by Paul Feig, from a script by British actress Emma Thompson and her husband, Bryony Kimmings, Last Christmas gets its name from the popular Wham! song that we’re betting you’ve heard at least a hundred times.

The Man Who Invented Christmas (2017)

Directed by Bharat Nalluri from a script by Susan Coyne, The Man Who Invented Christmas is based on the 2008 book of the same name by Les Standiford. Delving into biopic territory, the film follows Charles Dickens (Dan Stevens), who is down on his luck and reeling from financial hardship as he struggles to find inspiration to begin writing A Christmas Carol, an aspiration that people in his life detest. Trusting his intuition and the advice of his children’s Irish nursemaid Tara (Anna Murphy), Dickens forges ahead with his novella. As notable characters begin to take form, their fictional guises are transplanted to the real world. Chief amongst these realizations is the all-too-iconic Ebenezer Scrooge, brilliantly portrayed by actor Christopher Plummer. The Man Who Invented Christmas is a new and brilliant lens by which to view Dickens’ classic holiday tale, and it’s a great Christmas film to add to your family’s yearly rotation.