The Advantages of Hosted VoIP PBX for Your Business 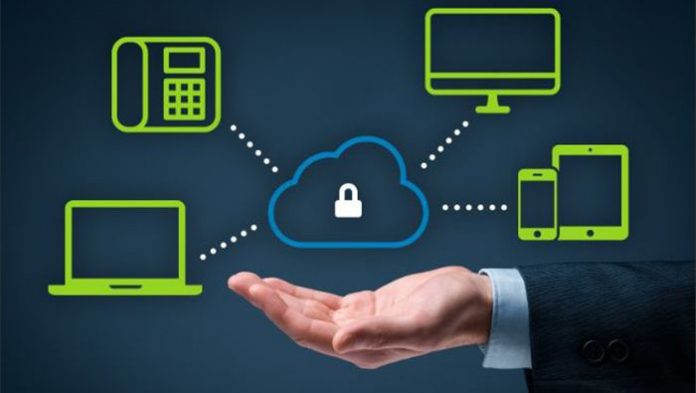 If you’re running a big or small business, then the challenge of bringing all of the on-site communications together under one system is likely not an alien concept to you. After all, communicating between different departments and employees is the basic activity in any office or other commercial establishment.

It used to be the case that a traditional phone line was split up into a couple of different outlets to accommodate each room on the floor and make call forwarding possible. Unified communications have come a long way since then, and VoIP PBX systems became the new normal when it comes to simplifying and integrating phone systems for large and small businesses alike.

Cloud-based phone systems are a great method to improve your communication inside and outside of the company, with things like customer service and conference calls made easier due to less cable clutter and much faster data flow.  With much more innovative calling features and 24/7 tech support (if you pick the right service provider), there is a lot that your business stands to gain from switching to a cloud-hosted PBX service.

Before getting around to understanding VoIP and what exactly it adds to your business phone system, you’ll first need to decipher another acronym: PBX. It stands for private branch exchange, which in simple English means a private phone network that businesses use to carry out all of the internal communications they require, as well as enable outside callers to easily contact particular departments of the company. It used to be the case that these networks were set up via old-school phone lines, but nowadays, VoIP is all the rage, and for quite a few good reasons.

VoIP stands for voice-over-internet-protocol and it means exactly that. Instead of transmitting conversation via phone lines and telecommunication towers, the VoIP business phone systems streamline the process by sending voice data through the internet, compressed into neat little packages, also known as protocols (hence the name of the service). Of course, you don’t see or feel the transmission, as it’s all done instantly and without the need for user interference – the experience is the same as with traditional phones, but instead of a landline, you’re using the business internet connection.

Business packages for any service tend to cost more than individual deals, mainly because businesses generate more revenue and more devices will rely on each particular subscription. This is true of any provider, whether we’re talking about the internet, TV, or telephone service. If you switch to a PBX system that uses IP phones to cater to your communication needs, then you’ll be able to cut ties with your phone service provider, saving money in the process. Sure, you’ll have to pay a monthly fee to the cloud-hosted PBX provider, but it is significantly cheaper than a landline phone system.

Since all of the VoIP phone conversations happen over the internet, it grants you the opportunity to carry out call recording on all of your outgoing and incoming calls more efficiently and without the additional fee. Video conferencing can also be done through a cloud-hosted PBX provider, which is another area of business communications that can be made easier by switching to a hosted PBX service.

Additionally, your remote workforce will stand to gain from transitioning to this method of unified communications. Most respectable PBX providers come with their very own “softphones” which are applications that allow you to hook up to the company’s network from anywhere in the world, provided that you’re connected to the internet. These apps contain all the basic features like phone calls and texting, as well as video calling and voicemail to email option, which is particularly handy if you don’t have time to listen to all of the messages left on your answering machine.

There are plenty of other advantages to using a cloud-hosted PBX phone system as your go-to method of unified communications at the office, but saving money and extra features for a price lower than what it would cost you to install a landline-based business phone system. Having a cloud-hosted PBX VoIP phone service also comes with a lot of benefits that traditional phones simply can’t offer, like providing you with an online-only phone number or a virtual PBX agent in the form of a convenient mobile or desktop app.

Whether you own a call center and are looking to cut costs on your phone system, or are opening up another office in a different city and need a business phone service that allows you to unify communications between the branches without paying double for two landline systems, then PBX is the best way to go for you.