Home News Should you pick the Fitbit Sense or the Fitbit Versa 3?
News 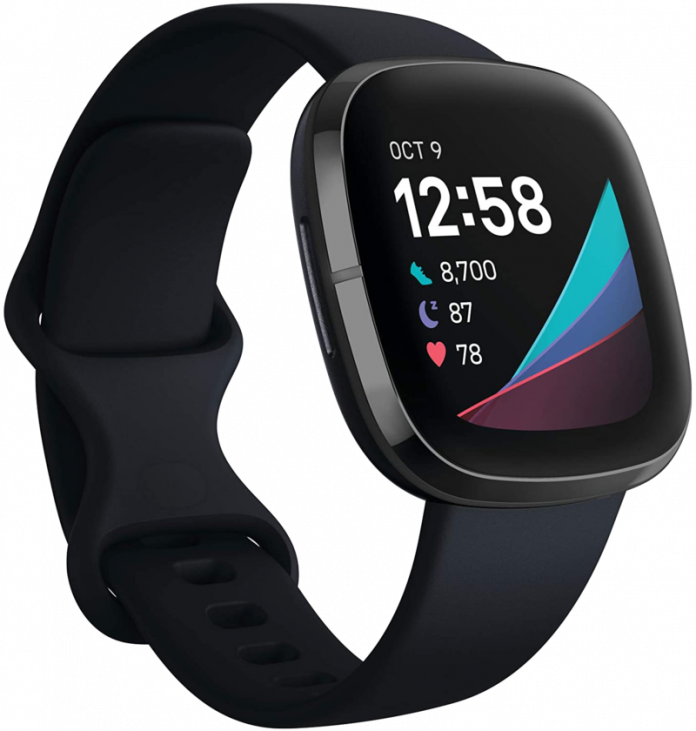 Get a sense of your health 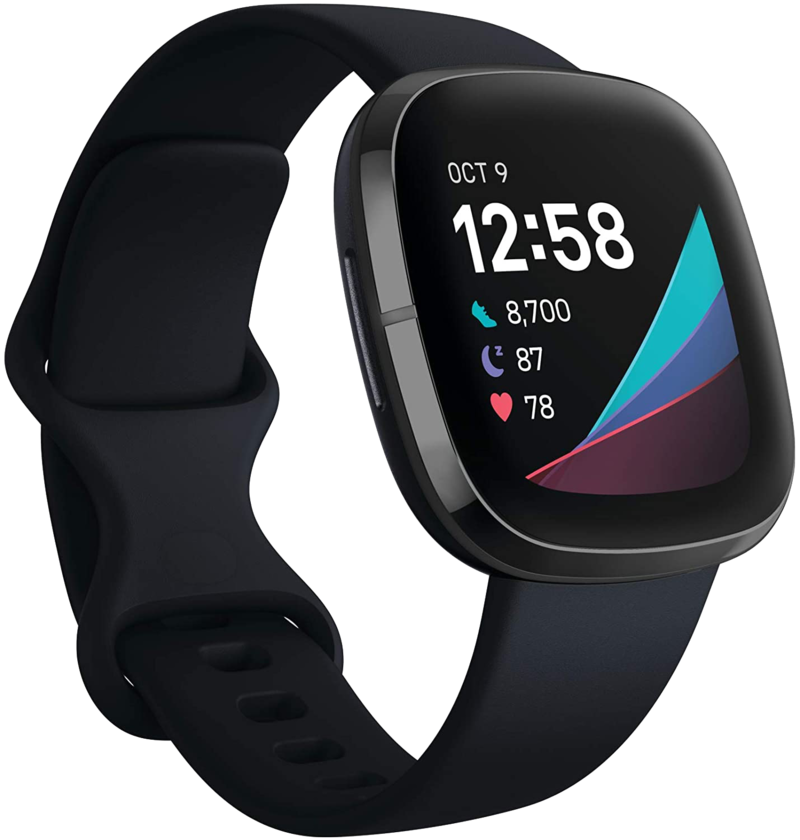 If you want to get your health on track with in-depth data, you may find that the Fitbit Sense has everything you need. It has an improved heart rate sensor as well as new ECG and EDA sensors that provide key details about your health and wellness. You’ll be able to track your progress and make improvements.

The upgrades we needed 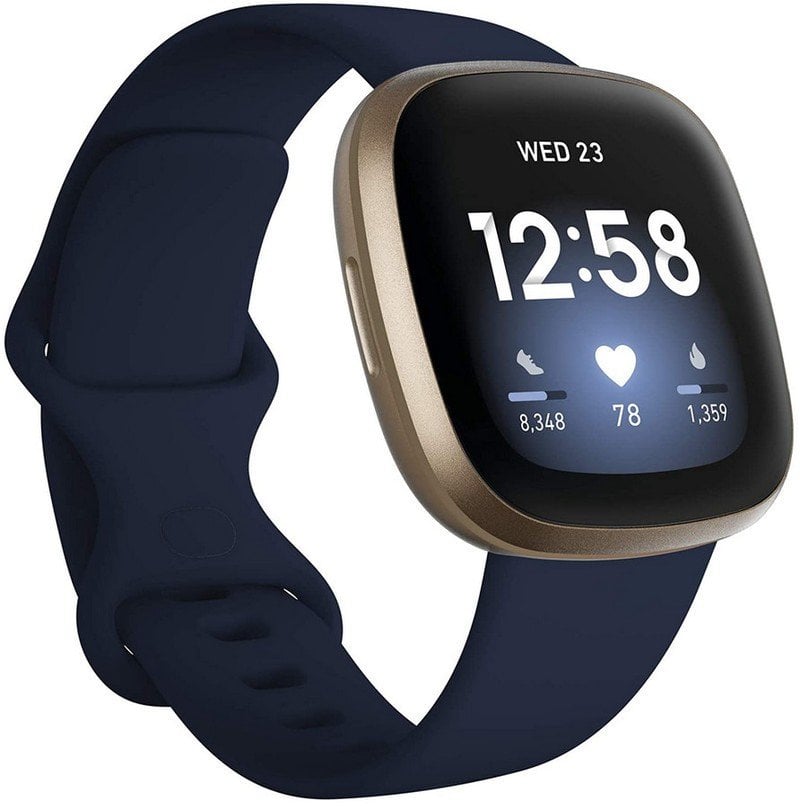 While the Fitbit Versa 3 doesn’t have the new ECG and EDA sensors, it has filled in a lot of blanks that users have been waiting for. You now have built-in GPS, Active Zone Minutes, improved heart-rate monitoring, more voice assistant options, and a handy built-in mic/speaker for taking calls on your wrist.

Fitbit Sense vs. Fitbit Versa 3 What are the major differences, and how to choose? 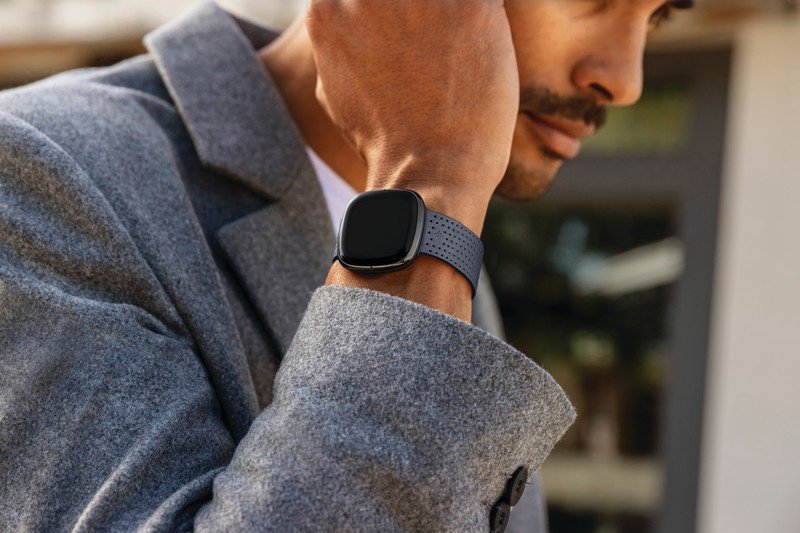 How do you choose between the new Fitbit Sense and the Fitbit Versa 3? A side-by-side comparison shows that there are many similarities between the two. Some examples include built-in GPS, the new PurePulse 2.0 system for improved heart-rate tracking, a built-in microphone and speaker, and your choice of Amazon Alexa or Google voice assistants. You’ll find all of these new features on both the Fitbit Sense and the Versa.

The few differences are likely what will guide your decision. An extra $100 spent on the Sense gets you advanced sensors that provide a more in-depth look at your health, including EDA and ECG sensors plus a new skin temperature sensor. All of the details you need to decide if these sensors are worth the extra money are outlined below. That being said, the Fitbit Sense is the better pick for those who want to track more health metrics. If you want a standard fitness smartwatch experience, you might prefer the Fitbit Versa 3.

Fitbit Sense vs. Fitbit Versa 3 The Sense gives you a better view of your health 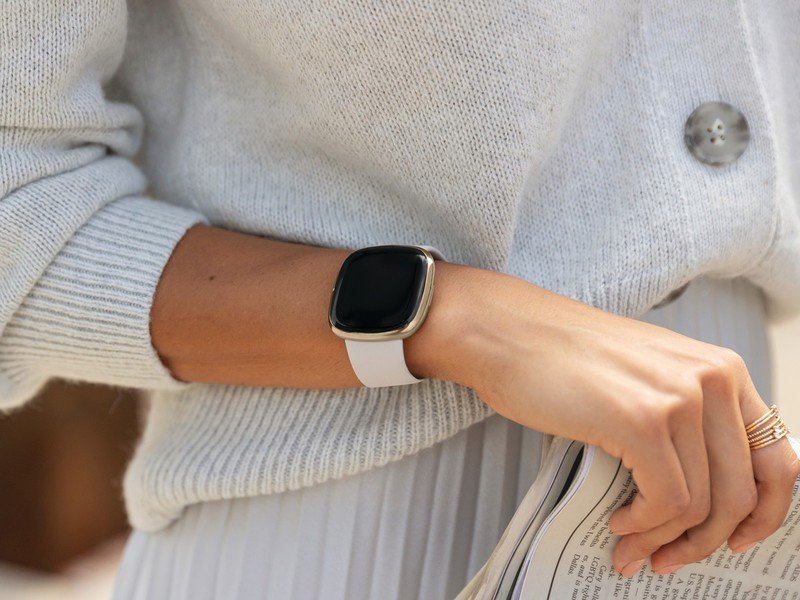 The new skin temperature sensor can detect changes that may indicate a fever, illness, or a new menstrual phase. The new electrocardiogram (ECG) sensor analyzes your heart rhythm for signs of atrial fibrillation (AFib). According to Fitbit, this heart condition affects more than 33.5 million people globally. You can access this feature by holding your fingers on the corners of the watch while remaining still for 30 seconds. You’ll receive a reading that can be downloaded and shared with your physician.

The Sense also has the world’s first electrodermal activity (EDA) sensor on a smartwatch, which measures electrodermal activity responses. You can access this feature by placing your palm over the face of the device. It will detect small electrical changes in your skin’s sweat level. These measurements will help you better understand your body’s response to stress.

When you pair this feature with guided mindfulness sessions in the Fitbit app, you’ll be able to see how your body responds during meditation or relaxation activities. At the end of your session, you’ll receive a response graph that allows you to gauge your progress over time and reflect on how you feel emotionally. 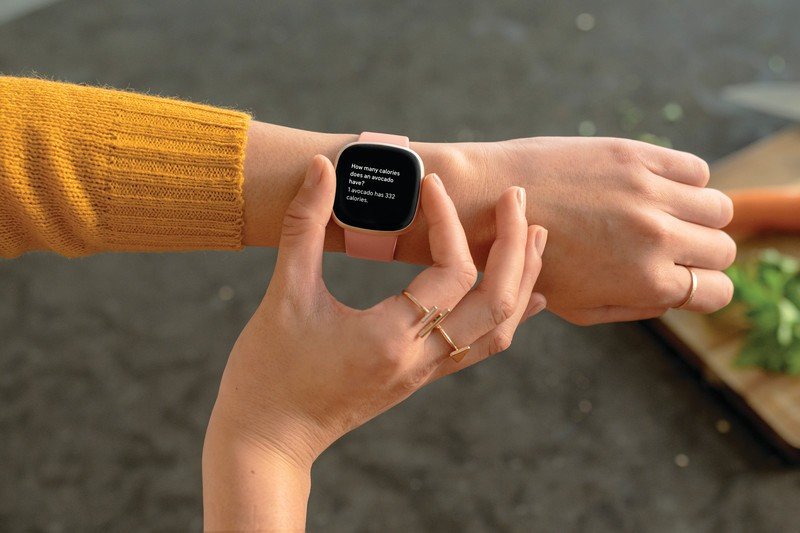 It’s worth mentioning that everything you already know and love about the Versa remains intact. The familiar features you’ll still have on the new edition include activity tracking, 20+ goal-based exercise modes, sleep monitoring, female health tracking, music controls, and Fitbit Pay. It’s also worth mentioning that all the upgrades to the Fitbit Versa 3 are also available on the Sense. On that note, this smartwatch has received some great improvements when compared to the predecessor.

One of the biggest design changes is the new infinity band, which is a new feature on both watches.

The Fitbit Versa 3 design is familiar yet refined. It’s similar to the Sense design with the exception of the stainless steel ring, biosensor core, and laser-bonded Corning Gorilla Glass 3. One of the biggest design changes is the new infinity band, which is a new feature on both watches (they’re interchangeable!). It’s designed for maximum flexibility and comfort. The bands use the quick-release attachment so it’s easier for users to swap out the bands whenever they want to change the look or feel of their smartwatch. The only real con is that all of your previous Fitbit Versa bands will not be usable on the new edition.

If you’re in a pinch and need to juice up your battery, both the Versa 3 and the Sense offer fast charging. You can get a full day of battery life with just 12 minutes of charging. Both wearables provide 6+ days of battery life between charges, which is a nice improvement.

Both the Versa 3 and the Sense have the company’s new PurePulse 2.0 technology.

Both the Versa 3 and the Sense have the company’s new PurePulse 2.0 technology, which promises to deliver the most advanced heart rate technology yet. This feature also allows for high and low heart rate notifications. We also get Active Zone Minutes, which was a new feature that came with the Fitbit Charge 4. It tells you when you reach target heart rate zones during exercise.

All of these improvements are undoubtedly a big step in the right direction. In fact, the Versa 3 successfully fulfilled all of our hopes for the new edition. We hoped for built-in GPS, Active Zone minutes, longer battery life, a higher-res screen, and Google Assistant. All of these wishes were granted, so the Fitbit Versa 3 is one of the best smartwatches you can buy.

Fitbit Sense vs. Fitbit Versa 3 Which should you buy? 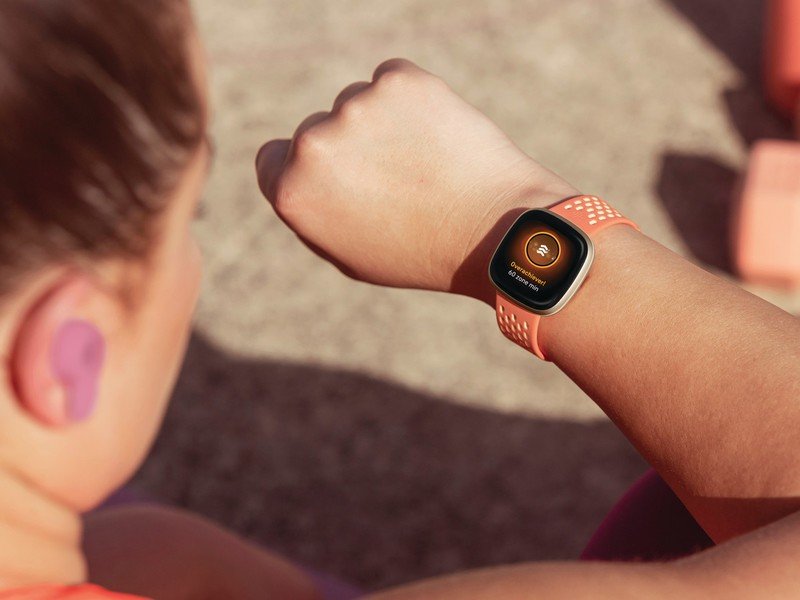 Considering just how many similarities there are between these two devices, your decision will come down to what you hope to accomplish with your smartwatch. If you’ve been holding out for a wearable with advanced health and fitness tracking features, then you’ll be more than pleased with what the Fitbit Sense has to offer. The noteworthy additions include the new skin temperature sensor, ECG & EDA sensors, and improved heart-rate monitoring.

If you don’t think you’ll benefit from the new features on the Fitbit Sense, then you might be better off choosing the Versa 3. Not only will you save a pretty penny, but you’ll still enjoy some great new perks. You finally get built-in GPS, for starters. The Fitbit Versa 3 also has an improved heart rate sensor. You’ll have your pick of Amazon Alexa or Google voice assistants, and it now has both a built-in microphone and speaker, so you can take Bluetooth calls on your wrist — or at least it will, once Fitbit issues a software update enabling calls and Google Assistant.

You can’t go wrong with either of those Fitbit smartwatches, but if you want the best of the best the company has ever offered, go with the Sense. Both the Sense and the Versa 3 are now available to buy from various retailers.

Get a sense of your health

Fitbit is back at it again with a new premium health smartwatch that adds a plethora of advanced sensors. You also have access to many of the other Fitbit features that you already know and love.

The upgrades we needed

The increasingly-popular Versa lineup is finally providing some of the much-needed upgrades that users have been waiting for, including built-in GPS. You also get an improved heart rate sensor along with a free Fitbit Premium trial.