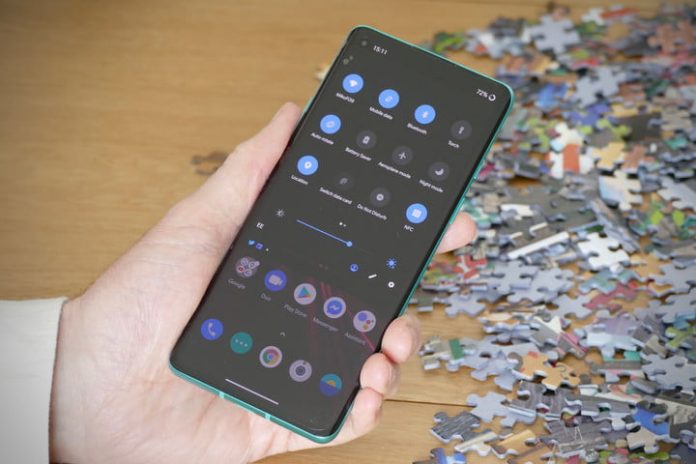 The Samsung Galaxy S20 FE (Fan Edition) is Samsung’s way of improving on the minor flaws of March’s Galaxy S20 and making it more affordable. Priced at $699, it takes the basic design and specs of the S20 but adds a larger battery, a bigger screen, and a nicely redesigned rear-camera module. It’s one of the best Android smartphones you can buy right now for (just) under $700.

Needless to say, it’s not the only Android phone in this price range. Another good example is the OnePlus 8, which was released in April. It takes the same powerful processor used by the OnePlus 8 Pro and the same generous amount of RAM, and reducing the camera and display specs make its price tag more accessible. It’s another strong phone in the “Android phones under $700” category, but is it as good as the Galaxy S20 FE?

We answer this question by comparing the two smartphones in a head-to-head. We take a closer look at their specs, displays, designs, performance, battery, camera, and software, seeing how they measure up against each other. This should help you decide which phone checks all your boxes.

It may feature the same edge-to-edge display and layout of buttons, but the Samsung Galaxy S20 FE’s design bears a few important differences from the original S20. Aside from a tidier camera module, it also comes with a “glasstic” body — aside from being a funny name, it’s a form of plastic designed to look and feel similar to glass. It is more attractive than plastic, but compared to the sleek Gorilla Glass of the OnePlus 8, it seems unrefined.

Beyond the glass body, the OnePlus 8 is more or less exactly the same size and shape as the Galaxy S20 FE. Its height, width, and depth are nearly identical, so both phones are equally comfortable to hold, even if the S20 FE is 10 grams (about 0.35 of an ounce) heavier.

The two devices are also evenly matched in terms of their displays. They both offer a resolution of 2400 x 1080 pixels, while the S20 FE sports a 6.5-inch screen while the OnePlus 8 packs a slightly larger 6.55-inch one. This means that Samsung’s phone has five more pixels per inch than OnePlus’ rival, but in practice, you won’t notice any difference. That said, the S20 FE is capable of a superior 120Hz refresh rate, giving users a smoother-looking screen.

This round is a tie: The OnePlus 8 looks better, but the higher refresh rate and IP68 rating swings things back towards the S20 FE.

Both the Samsung Galaxy S20 FE and the OnePlus 8 house the powerful Qualcomm Snapdragon 865 processor. This is one of the fastest chips you’ll find in Android phones this year, and it should handle most tasks and apps comfortably. That said, the OnePlus 8 has a bit of advantage here, since it ships with 8GB of RAM as standard, while the S20 FE has only 6GB. You may see a slight difference in how well the OnePlus phone multitasks and handles numerous apps open at once, but the difference shouldn’t be too big. The S20 FE also contains a microSD card slot, allowing you to expand its 128GB of internal memory. This isn’t something you can do with the OnePlus 8, which has no card slot.

This is a very close round. The OnePlus 8 has a little more RAM, but the S20 FE offers a MicroSD card slot. This round is a tie.

The Samsung Galaxy S20 FE and OnePlus 8 are slightly stripped-down versions of more powerful cameras. The S20 FE features the same triple-lens setup you find on the original S20, but with an 8MP (rather than a 64MP) telephoto lens to go with its 12MP wide and ultrawide lenses. With the OnePlus 8, you find a 48MP wide lens, a 16MP ultrawide lens, and a 2MP macro camera.

It’s hard to directly compare these specs, but in practice, we’ve found that the Galaxy S20 FE takes better overall photos. The OnePlus 8 is a solid camera phone, taking good everyday photos with a nice balance of colors and tones. However, the S20 FE is just a bit more versatile and offers a little more quality, taking colorful photos in most situations and even taking decent photos in low light.

Both phones are more evenly matched when it comes to video, given that they can both capture 4K video at 60 fps. That said, the stronger performance overall means that the Samsung Galaxy S20 FE takes this round.

Both phones run on Android 10, but with different skins of Google’s operating system. The Samsung Galaxy S20 FE uses One UI 2, which offers a nice, consistent design across all of its functions, as well as a high level of customization. The OnePlus 8 uses OxygenOS, which is somewhat more streamlined than One UI 2, offering a simpler, speedier interface and a minimum of distractions or complications. The question of which is better mostly depends on whether you prefer simplicity or articulateness.

Things are less subjective when it comes to updates. Samsung has a track record of slowly rolling out new updates, while OnePlus has a well-earned reputation of being faster. Because of this, we’re declaring this round as a narrow victory for the OnePlus 8.

Neither the Samsung Galaxy S20 FE nor the OnePlus 8 offer bags of special features. Even so, they do support 5G. This compatibility could be a big draw for anyone lucky enough to live in an area that is serviced by 5G signals.

The Galaxy S20 FE also supports a 120Hz refresh rate, another feature which still isn’t that common on many recent smartphones. It also supports wireless charging, which isn’t something that can be said for the OnePlus 8.

As for the OnePlus 8, its camera software offers few nice perks, such as Smart Pet Capture mode. Its Warp Charge is also faster than much of the competition, while its OxygenOS is possibly the best Android skins available right now.

None of these features are really showstoppers, so we’re calling this round a tie.

The Samsung Galaxy S20 FE starts at $699 and can be pre-ordered from Samsung. It will also be available from every major carrier and the vast majority of major retail outlets.

The OnePlus 8 also begins from $699 and is available to buy from OnePlus. It’s supported by all major carriers, although there have been reports of no support from AT&T for 5G.

The Samsung Galaxy S20 FE wins this battle of the reasonably-priced Androids. It’s a close call, but with a more capable camera, support for a 120Hz refresh rate, and an IP68 rating, it just about has enough tricks up its sleeve to edge past the OnePlus 8.

However, it has to be said that this is a very slim victory, with the OnePlus 8 offering slightly better performance and an arguably better design. If you can find it cheaper than $700 anywhere, it may arguably be worth buying instead of Samsung’s phone.

Facebook
Twitter
Pinterest
WhatsApp
Previous articleDJI OM 4 Review: An easy-to-use gimbal that puts cinematic moves in clumsy hands
Next articleGoogle Pixel 5 vs. Pixel 4a 5G: Which one is right for you?