Realme is a relative newcomer to smartphones, having only launched in Europe in mid-2019 following its debut in China the year before. But it has since built up a portfolio of well-priced phones. The latest is the Realme 7 and Realme 7 Pro, which now come to the U.K. and Europe after debuting in India this September.

I’ve been using the Realme 7 Pro for a few days, and it has a feature we don’t see very often on phones at low prices: Very fast charging. Not charging that takes 90, or even 60, minutes — I’m talking about charging that Realme says takes just 36 minutes. That’s a big selling point, but can the 7 Pro overcome the software problems that have affected some of its previous devices, to make it really desirable?

We’ll talk about the battery shortly. Let’s see the phone in more detail first. Rejoice, lovers of flat-screened phones, for the Realme 7 Pro’s 6.4-inch screen does not have a curve running down either side. Some will argue this makes it better for gaming and less likely to have edge recognition problems, while others will lament the less-modern design and how uncomfortable this can make gesture controls. It’s mostly personal preference.

The good news is you’re looking at a Super AMOLED panel and as you’d expect the colors pop and the blacks are deep, so video and games look great. However, watching Everyday Driver’s Porsche Cayman comparison, it doesn’t pick up much detail in the darker interior shots, certainly compared to the iPhone 11 Pro’s screen. It’s not very bright either, and I’ve had it at full brightness most of the time.

Sadly, Realme has dropped the 90Hz refresh rate it put on the Realme 6 Pro, and that’s a real shame. Come from a phone with a 90Hz screen to the Realme 7 Pro’s 60Hz and the difference is immediately noticeable. Sure, if your last phone also had a 60Hz screen you won’t have an issue, but that doesn’t mean you shouldn’t be cross that Realme has taken away one of the most noticeable and beneficial screen features introduced over the past year or so.

The Realme 7 Pro weighs in at 182 grams and is 8.7mm thick, so it’s plenty manageable. The plastic back is attractive but feels cheap, plus it easily collects messy fingerprints, and if you have the buzzy touch haptics turned on the phone feels oddly hollow. The chassis feels to be made of metal of some sort, and there’s a 3.5mm headphone jack on the bottom, while the main speaker has a decent sound and supports Dolby Atmos too. Overall, the Realme 7 Pro has the build of a more expensive phone, but it’s really only from a distance that it can pass for one.

It’s when we get to the battery that we find where Realme is taking on the competition, and it’s doing so with a feature that’s rare on phones at this end of the market. The 4,500mAh cell is recharged using Realme’s 65W SuperDart fast-charging system, and the adapter needed comes in the box. That’s good when you consider many manufactures (yes Apple, I’m talking about you) charge extra for fast charge power bricks.

Battery life on the Realme 7 Pro is great, with my phone lasting two days on a single charge, even with several hours of video and voice calls. Does it really charge in such a short time? Yes, it does. (In my test I used the Euro-spec power brick that came in my review phone’s box, which meant using a local adapter as I’m in the U.K., and this can alter power delivery.) It charged from absolutely flat, where the phone wouldn’t turn on, to 100% in 38 minutes. It had reached 53% in just 15 minutes.

Neither the phone nor the charging brick became hot, and in fact, barely became warm to the touch. If the battery had a small percentage left in it, and I was using a U.K. power brick, I’m sure it could actually improve on the claimed 36-minute recharge. That’s incredible.

Realme has used the same Snapdragon 720G processor in the 7 Pro as it did in the 6 Pro, paired here with 8GB of RAM and 128GB of storage space in my review model. My use has been general — including calls, browsing, social apps, a few casual games, the camera — and it has been fast enough for that. However, when I went to play Asphalt 9 Legends, I discovered it was listed on Google Play as not compatible with the Realme 7 Pro.

There’s no reason this should be the case, so it must be assumed it’s a software problem specific to the phone. I also had some general app stability problems, with both Twitter and Instagram often refusing to work correctly. Twitter would claim not to be able to refresh the feed, while Instagram crashed when trying to create a Story. Notifications were also a problem, with not all showing up in the notification shade. The software — Realme UI over Android 10 — continues to be a problem for the brand. With smartphone software being generally great across the board at this point, there’s little excuse for issues this big.

The oblong camera module on the back contains a 64-megapixel f/1.8 aperture main camera, an 8MP ultra-wide, a monochrome portrait camera, and a macro camera too. There are various modes to try including a night mode, macro photography, and a real-time bokeh effect for video. The selfie camera has 32MP and is set inside a hole-punch in the screen.

Photos are a mixed bag. There’s very little consistency between the different cameras. The wide-angle has a pleasant color palette and good contrast, but dynamic range suffers, while the color balance on the main camera isn’t quite right. The 2x zoom is acceptable, but the 5x zoom’s photos lack detail. 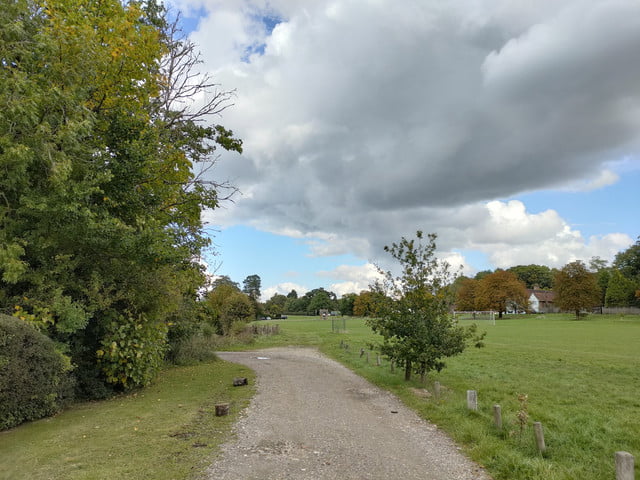 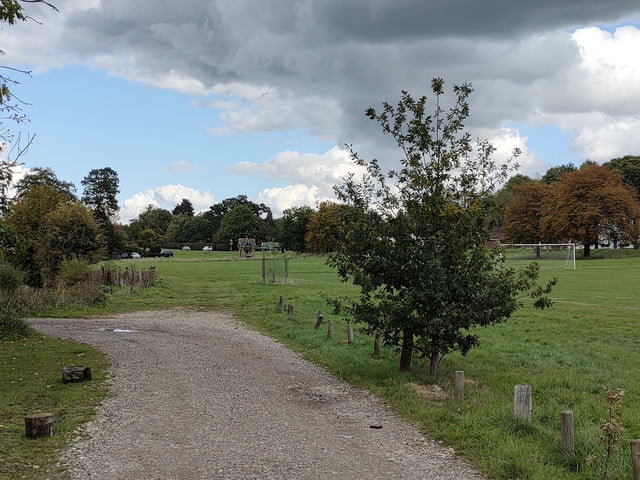 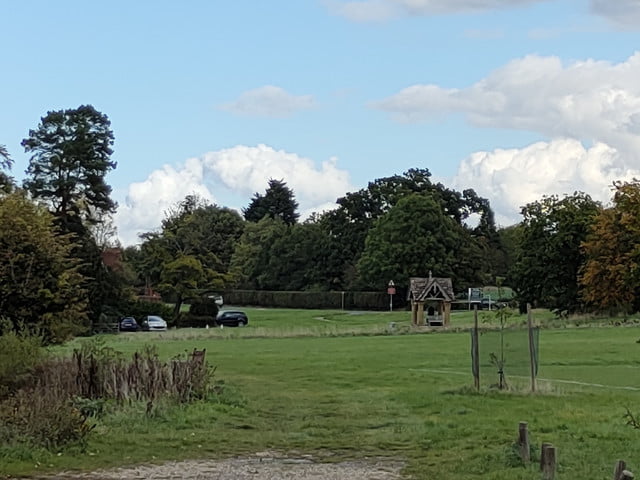 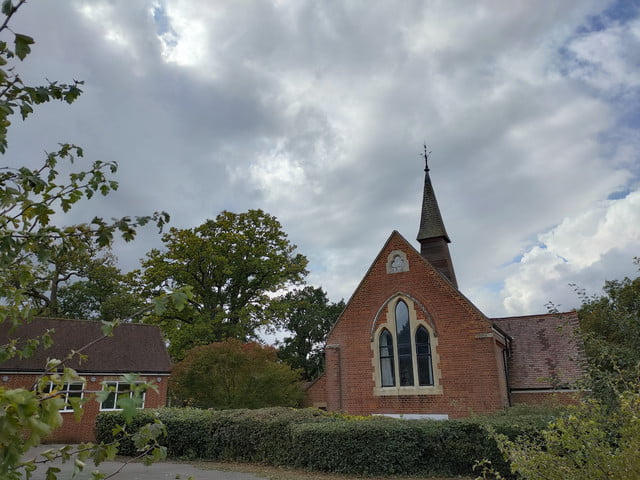 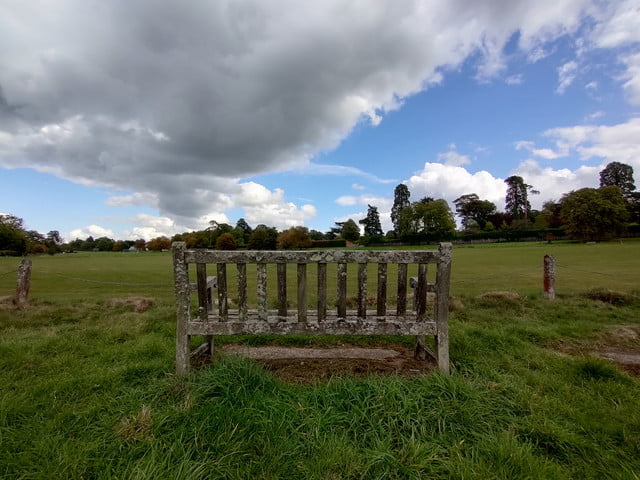 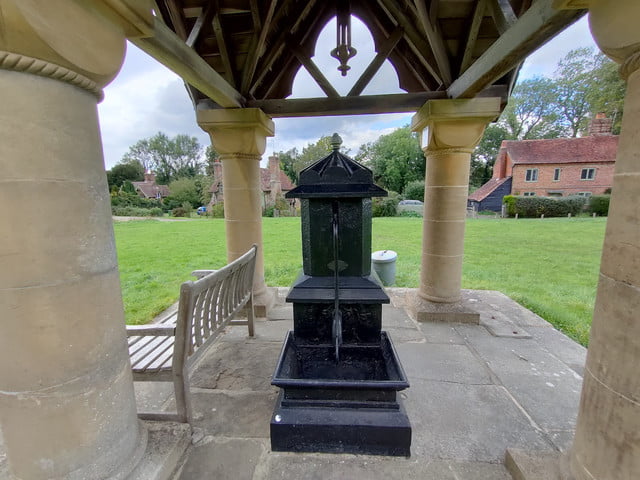 Edge recognition in portrait mode is similarly hit-and-miss, but works fine when it’s not confronted with anything too complicated. Selfies are good and show natural tones, and the portrait mode works well. There’s a strong photo editing suite that works for stills and video too. It’s not fair to expect too much from the Realme 7 Pro’s camera, and when you take the price into account there is enough versatility, fun features, and adequate performance to satisfy.

The Realme 7 Pro costs 279 British pounds, which converts over to about $360. This puts it up against the Samsung Galaxy A51, the Google Pixel 4a, along with slightly cheaper phones like the Moto G Power, and the Nokia 5.3. While the Super AMOLED screen is very nice at this price, it’s the super-fast battery charging that separates it from the others. Nothing comes even close to it at this end of the market.

If battery life and fast recharging is the main thing you look for when buying a phone, the Realme 7 Pro is leagues ahead of the other choices, and the big AMOLED screen will be the welcome bonus should you buy it. Ultimately, the Realme 7 Pro is worth your attention at this price, but you’ll have to really want the fast charging to put up with the software frustrations.

How to watch Netherlands vs Mexico: Live stream the international friendly

Though domestic football seasons have only been going a few weeks, it's time for another international break. Today's fixture list
Read more