HomeNewsOnePlus 8 Pro vs. OnePlus 8: Which should you buy?
News

OnePlus put together all of its strengths in hardware, specs, and software and finally added in missing features like water resistance, wireless charging, and a top-notch screen. It also has a fantastic quad camera setup, and as a result, this is the most expensive phone OnePlus has ever sold — but worth it.

The OnePlus 8 follows more of the traditional OnePlus model: deliver a flagship-like experience with top-end hardware and specs for hundreds less. Even with a higher price than the 7T, you can still see great value in the 8. You just lose out on the top-end cameras, screen, and wireless charging of the 8 Pro.

Unlike 2019, OnePlus released both of its early 2020 models simultaneously in the same regions, giving you a direct choice between the top-end and more budget-focused phones. These are two of the best Android phones you can buy, but which is right for you? 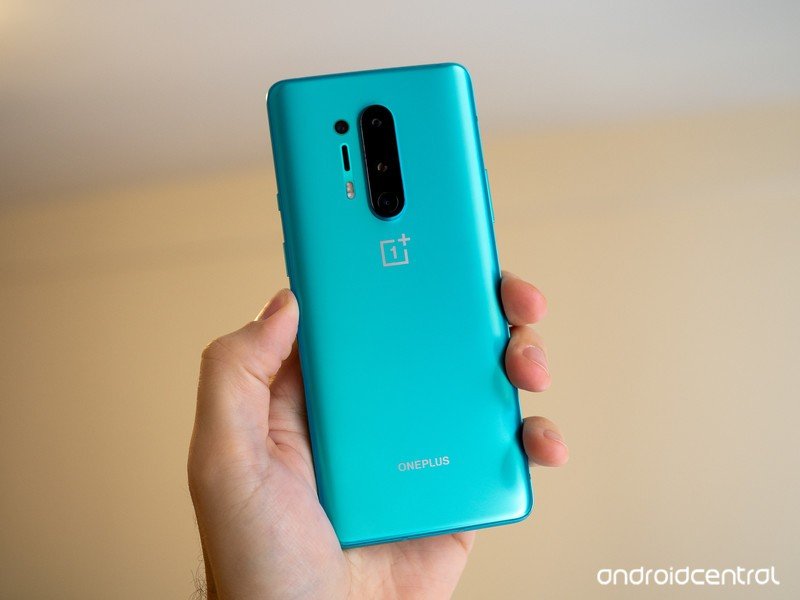 The OnePlus 8 Pro and OnePlus 8 were both released April 14, 2020, starting at $899 and $699 respectively. Both phones feature a Snapdragon 865 processor, along with baseline specs of 128GB and 8GB of RAM. Each model can be upgraded to 256GB of storage and 12GB of RAM for an additional $100, and since their release, both models have been discounted by $100.

Both phones are available in Glacial Green, though Interstellar Glow is exclusive to the OnePlus 8, while Onyx Black and Ultramarine Blue are reserved for the OnePlus 8 Pro. It’s worth noting that the newer OnePlus 8T is also available in the U.S. as of October 23, retailing for $749 with faster Warp Charge 65 and a 120Hz display.

OnePlus 8 Pro vs. OnePlus 8: What are the differences?

The OnePlus 8 and 8 Pro are obviously part of the same family, but the branding should give you a hint that this isn’t the same device in different sizes — these phones have different specs, features, capabilities, and qualities.

In terms of hardware, specs, and core features, you wouldn’t notice a difference.

It’s easiest to begin by laying out where the two phones are the same. Their external hardware quality and design are nearly identical, size notwithstanding. You’ll see the same curved edges, stereo speakers, button placement, and even camera arrangement — at a glance, they’re the same. The colors aren’t identical, but they’re similar: you can get glossy black or matte green for both, or deviate with glossy “Interstellar Glow” on the 8 and matte “Ultramarine Blue” on the 8 Pro.

Inside, they both have the same basic specs, with a Snapdragon 865, 8GB of RAM, and 128GB of baseline storage. Performance is the same, and the software is thankfully the same between the two as well — and that’s a great thing because OxygenOS is wonderful to use. The 8 Pro has a slightly larger battery, fitting its larger overall size, but the battery life is effectively the same between the two phones as the 8 scales down its screen refresh, resolution, and size to match its battery capacity. Both phones stick with the standard OnePlus 30W Warp Charge wired charging, which is incredibly fast.

Now, let’s address the differences. The first is the size, of course. The 8 Pro’s 6.78-inch screen expands the phone’s height, width, and weight beyond the 8’s body wrapped around a 6.55-inch panel. It doesn’t seem like much, but the 8 Pro is very large and might be pushing the limits of what you can do with the phone in one hand. By comparison, the OnePlus 8 is a tad smaller than the Pixel 4 XL and Galaxy S20+, staying within the “normal” size realm. The other notable difference in hardware is wireless charging: the 8 Pro has it, the 8 doesn’t.

The 8 Pro is bigger, with a better display, and notably better cameras.

The 8 Pro’s display also looks marginally better and has a higher 1440p resolution and 120Hz refresh rate compared to the 8’s 1080p and 90Hz. That extra refresh rate smooths out motion just a bit more, though the 8’s screen looks great on its own. You probably won’t notice the screen resolution, but your eyes will enjoy the 8 Pro’s screen more overall — and there’s just more room for anything you want to do.

Being a more expensive phone, the OnePlus 8 Pro can deliver better cameras. The main sensor is still 48MP, but it’s a larger and better sensor that produces improved photos across the board. It’s also supported by a telephoto camera for zoom, which the 8 doesn’t have at all, and an ultra-wide camera sensor that’s better than the 8’s as well. The only part of the camera experience that’s equivalent is the front-facing shooter. Otherwise, the 8 Pro outperforms across the board.

Should you buy a OnePlus 8 Pro or OnePlus 8?

When it comes to actually choosing between these two phones, you have to start with the price. OnePlus upped prices on both models compared to previous years, with the 8 starting at $700 and the 8 Pro starting at $900. These aren’t inexpensive anymore — the OnePlus 8 Pro, in particular, is getting up in the range of the top-tier flagships. If money’s not a big factor, and you can handle (or prefer) a large phone, the 8 Pro is the one to get. But if either point is of concern, the OnePlus 8 still provides excellent value and is a really good phone in its own right.

There are also a couple of quirks with availability in the U.S. If you want to buy from a carrier, the OnePlus 8 is your only choice — you can get it from T-Mobile or Verizon. Though you can, of course, buy the 8 Pro unlocked and bring it to any carrier. Things get murky if you want to use Verizon, however, because the only way to get Verizon’s 5G network is to buy a OnePlus 8 directly from the carrier. If you bring the 8 Pro to Verizon, you’ll be on 4G.

The best OnePlus phone yet, from top to bottom

The 8 Pro has everything you want, with no more shortcomings — and the flagship-level price reflects that. But you can’t argue with how it all comes together.

You give up some screen size, camera quality, and a couple of extras, but the phone follows the usual OnePlus model of giving you way more than you paid for.

Population: One Season 2 is the Goldeneye of VR shooters…in the Wild West