Home News Is it finally time to retire the Google Home for the Nest...
News

Is it finally time to retire the Google Home for the Nest Audio? 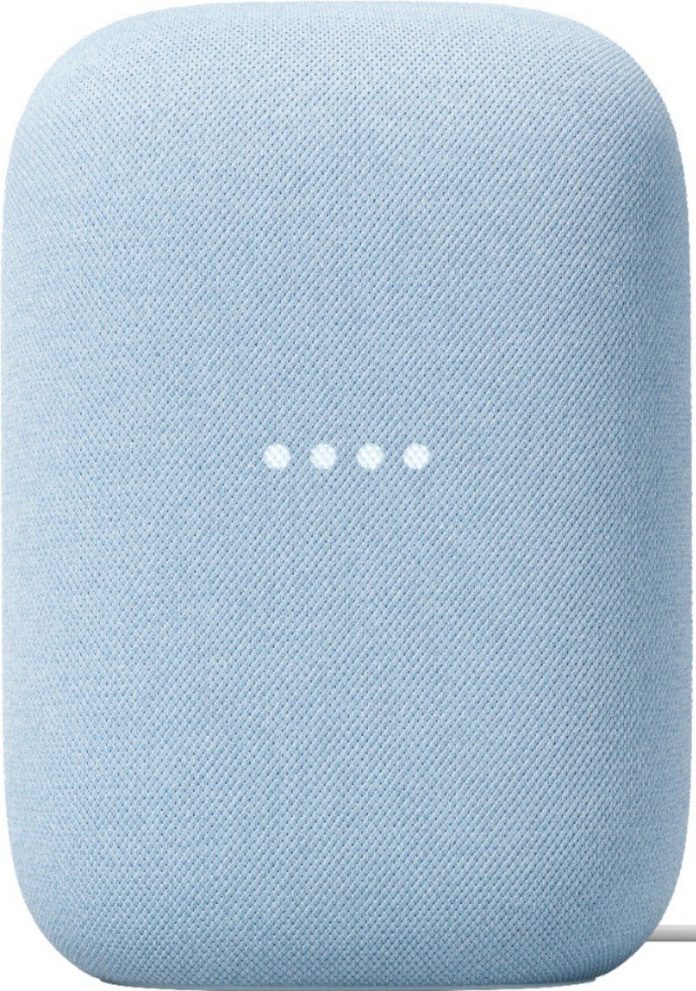 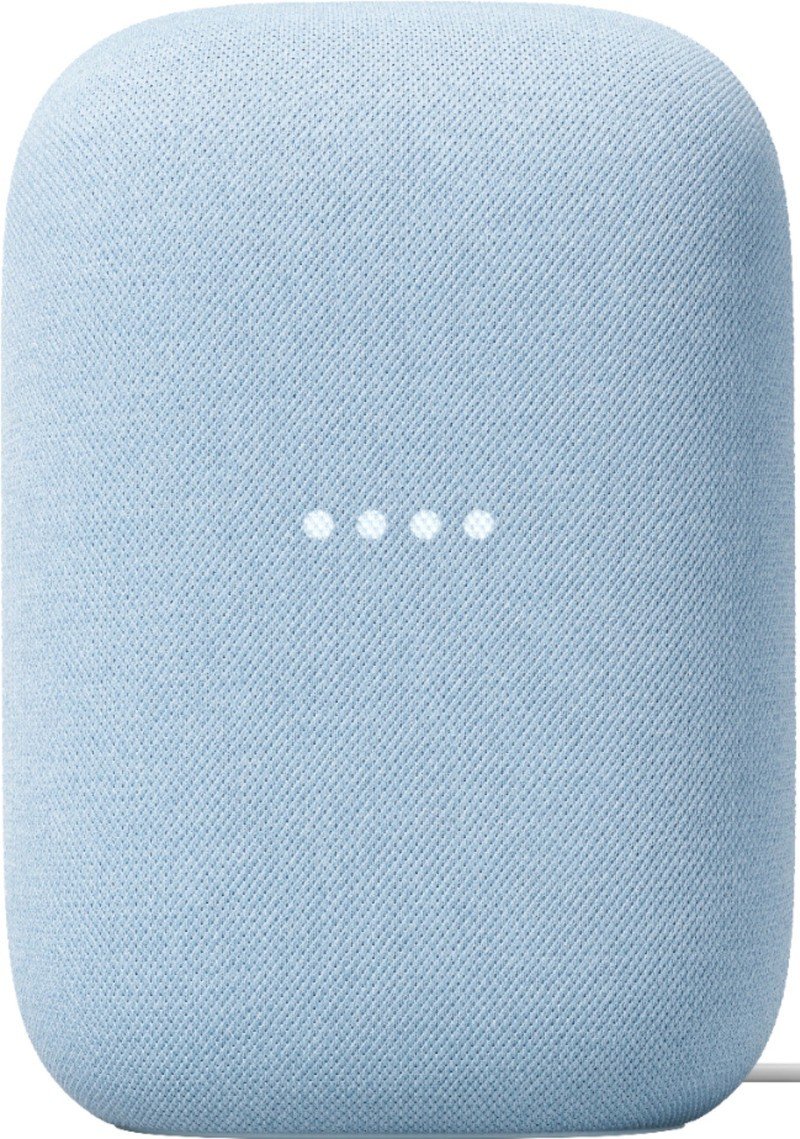 From louder speakers, a fast processor, and a sleek new design with several color options, the Nest Audio is everything you could hope for from a successor. 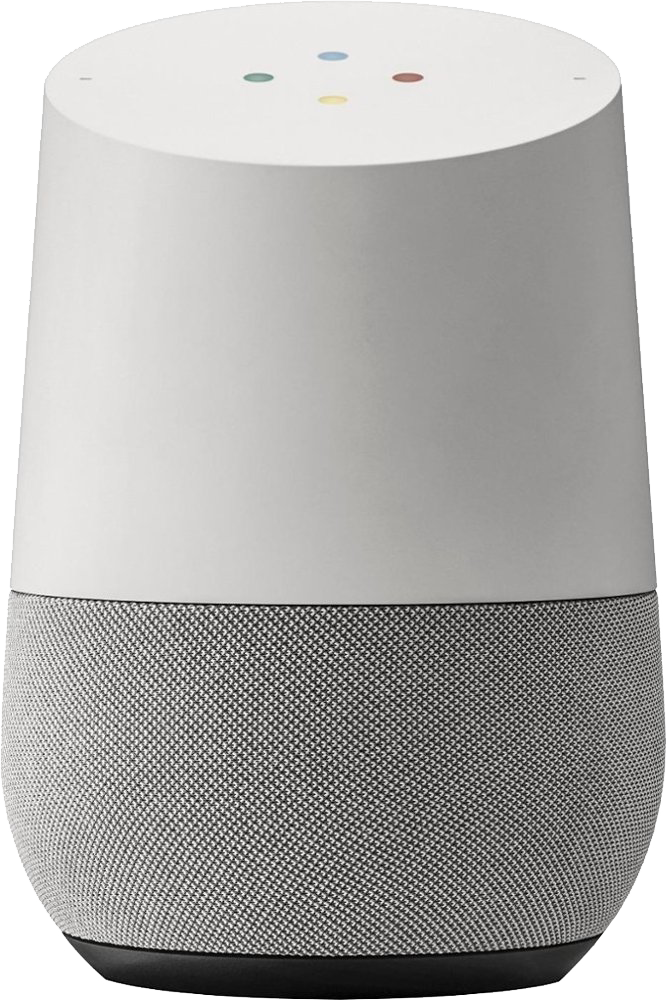 The original Google Home has been around for four years, and has finally been replaced. If you want to own a piece of history, the Home is awesome, but it’s not the best anymore.

Although the Google Home has been out for a few years now, that doesn’t mean that you should just jump at the chance to pick up the Nest Audio. Instead, sometimes it’s better to sit back and see how the new speaker stacks up against the old, to determine whether there really is a change in the guard.

Nest Audio vs Google Home: Then versus now 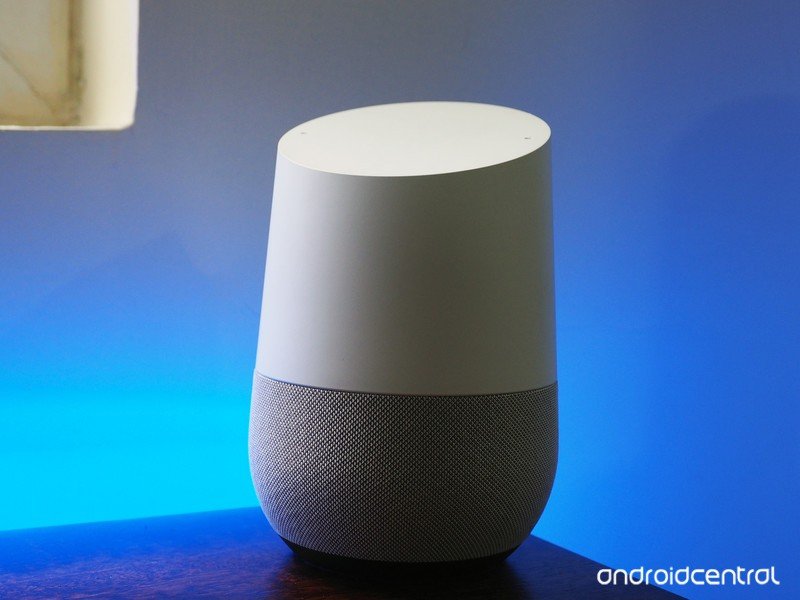 Take a trip down memory lane, back to Google I/O 2016. We were introduced to Android N, Google Daydream was trying to bring VR to your smartphone, and the Google Home was announced. Amazon had gotten a head start on the smart home speaker race with the Amazon Echo, so it was only a matter of time for Google to throw Google Assistant into a speaker for you to control your home. Since then, there has been an explosion in devices, apps, and more that can integrate with Google Assistant while being controlled by your speaker.

It may seem like it was just yesterday, but the Google Home has been available for four years now. We have seen new smart speakers from Google, a rebranding to Nest, and of course, the introduction of smart displays such as the Nest Hub(formerly the Google Home Hub). Meanwhile, the Google Home has continued to hang around and it just goes to show how great of a product the four-year-old speaker really was.

The Google Home was the company’s answer to the Amazon Echo and it’s served admirably for four years.

Capacitive touch gestures on the top of the refreshing air freshener design, complete with Google’s four-color LED lights to let you know when Assistant is thinking. On the back, there’s a built-in mute switch to stop those accidental triggers during Google’s holiday spree of Assistant commercials. 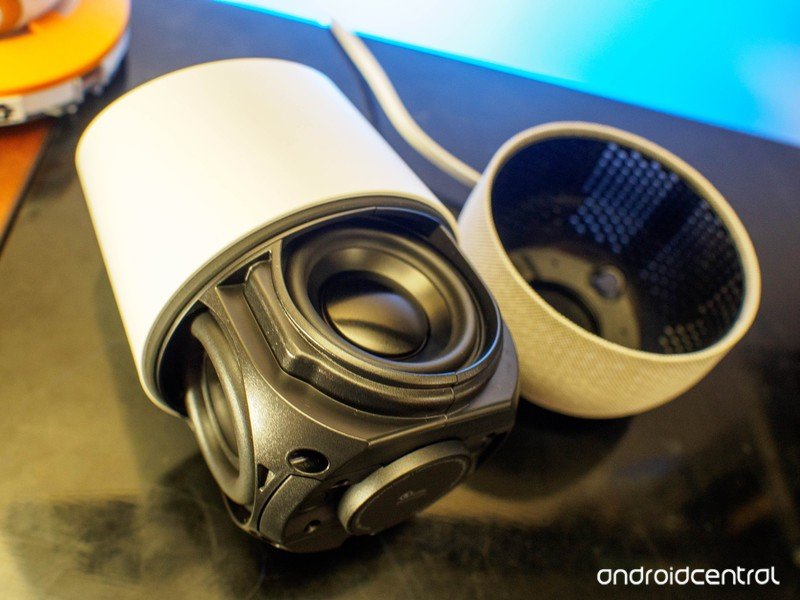 Perhaps the most unique aspect of the Home wasn’t that it featured the same internal hardware as the second-generation Chromecast. Google clearly just recycled the hardware while adding a dual microphone array, along with a 2″ driver and 2″ passive radiators. There was even the added benefit of being able to change out the base, with several different color and material offerings. This way, you could change your air freshener to match the aesthetic of any room. 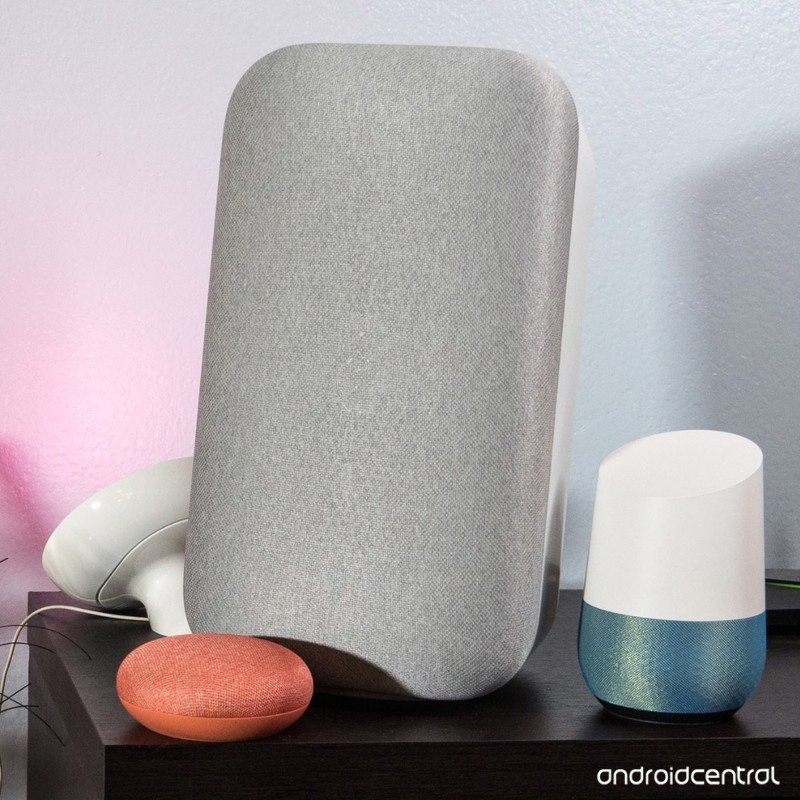 Since the launch of the OG Google Home, the fabric base has become iconic and is a staple in the Google/Nest lineup of speakers. The Nest Hub, Google Home Max, and Nest Mini’s all feature a fabric covering, along with rubber pads on the bottom to keep them in place. With the Nest Audio, the fabric material returns, while coming in colors that we haven’t seen before.

Instead sporting a “top” that looks like it may spray out some air freshener at you, the Nest Audio is just a big fabric-covered speaker. Google brought back the capacitive areas that can be found across the top. Tapping the top-left corner turns the volume down, tapping the middle plays or pauses your content, and tapping the top-right corner pumps up the volume. There are four LED lights in the middle of the Nest Audio to indicate when the speaker is being interacted with, but the only other time the LEDs appear is if you happen to flip on the rear-mounted mute switch. 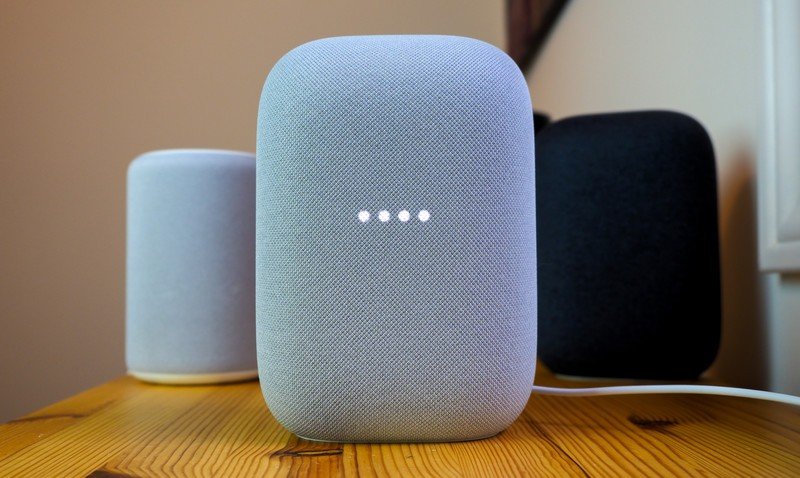 It’s clear from this new design that Google wanted to bring users a speaker that doesn’t stand out and can just provide solid sound without being noticed. It’s almost like the Nest Audio is a stack of magazines that you never actually read, but instead, those play music at you when you want them to. This is actually refreshing, compared to the Nest Hub and its display that can be distracting if you have anything other than a clock being shown.

Moving to the speakers and microphones, you may end up noticing that the Nest Audio is more receptive than the Google Home. That’s because there is an additional far-field microphone on board, compared to the two-microphone array on the 2016 speaker. The Nest Audio will also sound better thanks to the combination of the 75mm woofer and 19mm tweeter.

Google claims that the Nest Audio vs Google Home is 75% louder and features 50% stronger bass. But these are just numbers that look good on press releases, as you should expect better audio quality four years later. In our review of the Nest Audio, it was pointed out that while it “does very well playing most genres of music”, you will still want to use an equalizer to get the most out of the music you’re listening to. 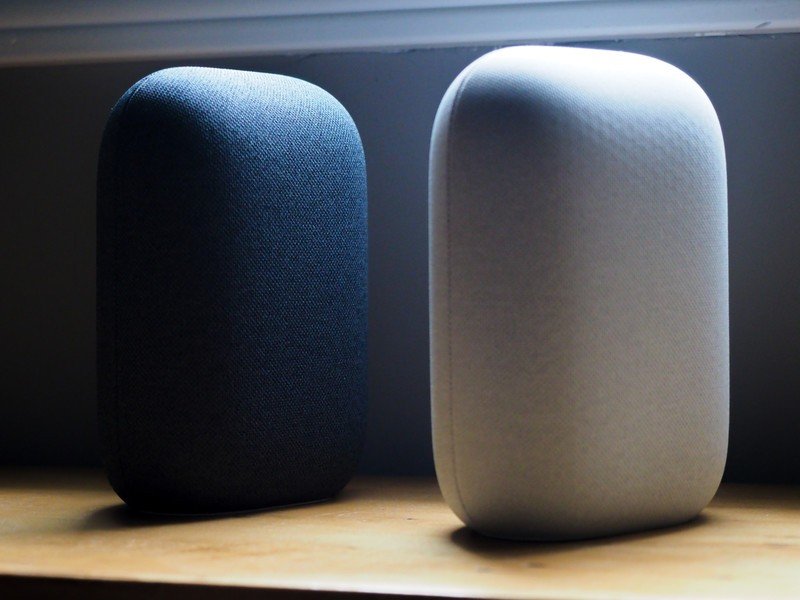 In fact, you may end up wanting to grab a second Nest Audio and pairing them together with stereo pairing. This is due to how the speaker is designed, as the tweeter “targets exactly the spot the speaker is pointing”. Pair two Nest Audio’s together, point them both at the right angle, and enjoy getting a great sound experience with two speakers for the same price as a single Sonos One.

Nest Audio vs Google Home: It was fun while it lasted 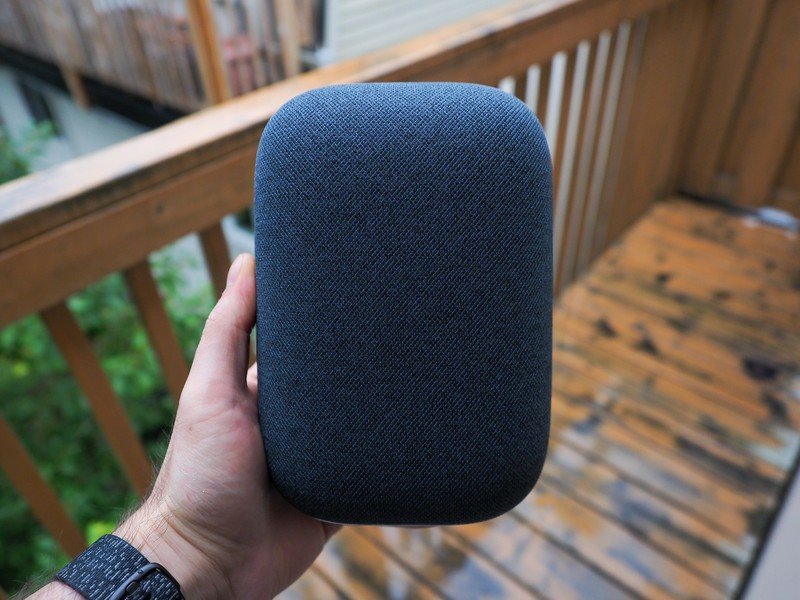 When it comes to deciding whether you should upgrade from your trusty Google Air Freshener to the Nest Audio, it’s pretty straightforward. The Nest Audio has improved speakers, faster processor, Bluetooth 5.0, and an additional microphone. We really wished that the Nest Audio didn’t have a proprietary charging cable and used like a Bluetooth speaker. But we’ll have to keep our fingers crossed for something unique in Google’s future plans.

You won’t be able to swap out the covers, and the four LEDs are not as colorful as the original Google Home, but those are minor “inconveniences”. The Nest Audio compromises by offering a slew of different color options to match every room in your home. Those looking for a smaller Hi-Fi solution will be a bit disappointed, and you’ll still need to lean towards the Google Home Max. But the Nest Audio is designed to be a solid listening experience and is a vast improvement over the speaker that started it all.

Everything has been improved over its predecessor

The Nest Audio improves in every facet you could want, while coming in a few new and fun colors. This is perfect for those who don’t care about a display and just want a solid Google Assistant-powered speaker.

Even though the Google Home is tough to find, the only real reason to keep this is if you don’t care about improved performance and more microphones.