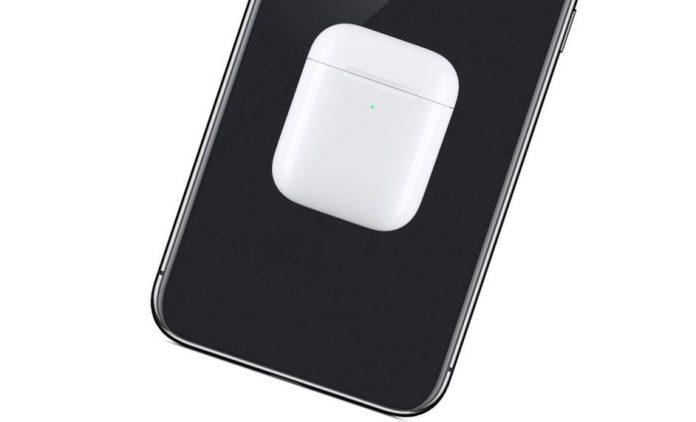 iPhone 12 models could have an inactive wireless charging feature for accessories, according to an FCC filing discovered by VentureBeat’s Jeremy Horwitz.

Mockup of reverse charging of AirPods on iPhone via The Apple Post
In the filing, Apple said that 2020 iPhones support a wireless charging function that will seemingly be enabled for at least one future Apple accessory:

In addition to being able to be charged by a desktop WPT charger (puck), 2020 iPhones also support WPT charging function at 360 kHz to charge accessories. Currently the only accessory that can be charged by iPhones is an external potential apple accessory in future.

Bloomberg’s Mark Gurman speculated that one of these accessories could be new AirPods with MagSafe support, which could allow the AirPods case to magnetically attach and charge on the back of iPhone 12 models.