Home News iPad Air 4 vs. iPad Pro 11: This one might surprise you
News

iPad Air 4 vs. iPad Pro 11: This one might surprise you 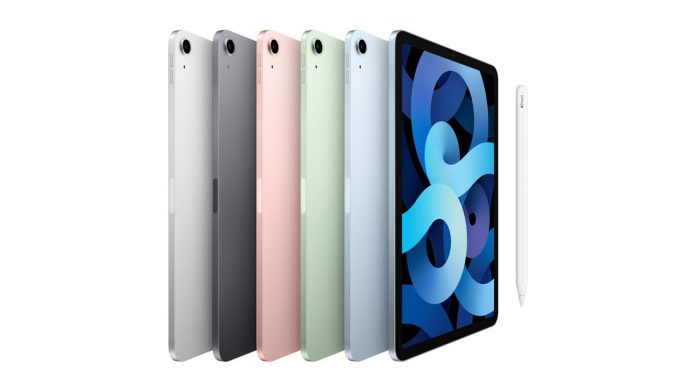 With the release of the iPad Air 4, Apple blurred the line between its midrange tablet offering and the more expensive and feature-rich iPad Pro 11. At one time, the two models of iPad looked quite different. Yet, with the iPad Air 4 and iPad Pro 11 (second generation) now sporting nearly identically-sized displays with Apple’s Liquid Retina technology, at first glance, they might appear to be the same product. However, under the surface, the two tablets provide their varied offerings. We take a look at both models in this comprehensive roundup.

Both the iPad Air 4 and iPad Pro 11 look nearly identical. With housings made from aluminum, sharp flat edges, and Liquid Retina displays, these two devices look more similar than ever before. The iPad Air 4 moves forward with Apple’s new design language — flat edges and bright, vivid displays that do away with physical home buttons. The only external factors that allow you to pick out iPad Air 4 from the iPad Pro 11 are the different camera bumps on the rear.

The iPad Air 4 does gain a few design features that the iPad Pro 11 lacks, namely colorful pastel options for the exterior. While the iPad Pro 11 is only available with either a silver or Space Gray exterior, the iPad Air 4 also adds on rose gold, green, and Sky Blue. We’d like to see more color options available for the Pro models — after all, those going for the more expensive model would like to have some fun, too.

The iPad Air 4 is also the first model in the iPad Air line to ditch the Lightning connector for a USB-C connector, making both devices great for hooking iPad up to external displays, external drives, and other peripherals.

The displays on the two iPads are quite close, but the iPad Pro 11 pulls ahead. The iPad Air 4 features a 10.9-inch Liquid Retina display with True Tone at 2360 x 1640 pixels, resulting in a 264 pixels per inch resolution. The iPad Pro 11, on the other hand, has a minutely larger 11-inch display that features both True Tone and ProMotion technology, the later allowing for smoother animations on screen. The Pro model’s resolution comes in at 2388 x 1668, resulting in a 265 ppi resolution. Both displays offer a wide color gamut (P3), with the iPad Air 4 reaching a brightness of 500 nits and the iPad Pro 11 reaching 600 nits.

With the iPad Air 4 and iPad Pro 11 offering nearly identical exteriors, you might think this round a tie. On the other hand, iPad Pro 11 provides a display that offers smooth visuals thanks to its ProMotion technology. But, if you care more about the exterior color of your tablet, the iPad Air 4 offers, by far, more options. So, we will need to call this round a tie.

When it comes to performance, we’ve never felt that the processors inside are underpowered, and the same factor applies to iPad Air 4 and iPad Pro 11. The iPad Air 4 features Apple’s A14 Bionic chip with Neural Engine, while the Pro model features the A12Z chip with Neural Engine. This results in an odd situation in which the iPad Air contains the newer processor. However, don’t let this hold you up if you seek out the iPad Pro 11, as both chips are incredibly fast and will handle iMovie editing and hardcore gaming with ease.

Moving past the processor, we find that both iPad Air 4 and iPad Pro 11 offer sufficient amounts of internal storage for various tasks, but the iPad Pro 11 takes it up a notch. The iPad Air 4 is provided with two storage options — either 64GB or 256GB — while the iPad Pro is offered at 128GB, 256GB, 512GB, or 1TB. While 256GB should be sufficient for most tasks, anyone looking to turn their iPad into a mobile video or photo editing workstation should consider the Pro’s more sizable offerings.

When it comes to charging, both iPads use a USB-C connector to get the job done, allowing for faster charging times than that permitted by previous Lightning port devices. Both iPad Air 4 and iPad Pro 11 are rated for up to 10 hours of web surfacing and video watching or, if you have the cellular versions of either tablet, up to nine hours.

When it comes to performance and battery abilities, the iPad Air 4 has caught up quite a bit thanks to the inclusion of a USB-C port and even sports the newer processor. More testing will need to be done between the A12Z and A14, but the more modern A14 seems to pull ahead, as one would expect. That said, the iPad Pro 11 is the only iPad that offers 1TB of storage, which may be a necessity for some users. As a result, we are also calling this round a tie.

As we mentioned before, one of the physical differentiating features between the iPad Air 4 and iPad Pro 11 is the rear camera bumps. The iPad Air 4 features a single 12-megapixel wide-angle camera lens on its rear with an f/1.8 aperture. The iPad Pro goes a step farther by offering the same 12MP camera and also adding on a 10MP ultrawide lens with an f/2.4 aperture. Both cameras perform well, as expected, and offer wide color capture, autofocus with focus pixels, smart HDR, and a panorama mode that enables photos up to 63MP in size.

When it comes down to video capture, both camera systems can record 4K video at 24 fps, 30 fps, or 60 fps, as well as slo-mo video capture at 1080p with either 120 fps or 240 fps. The front camera systems are the same, featuring a 7MP HD camera. However, the iPad Pro 11 can utilize effects such as Portrait mode and Portrait Lighting, thanks to the built-in TrueDepth camera system — a feature absent on the more affordable iPad Air 4.

When it comes to camera systems, the iPad Pro 11 and iPad Air 4 are nearly matched, but the iPad Pro 11 gains extra points for its ultrawide lens and TrueDepth camera system. If you’re looking for the best camera experience on the iPad, you’ll find it on the Pro model.

Both the iPad Air 4 and iPad Pro 11 ship with Apple’s iPadOS 14 mobile OS. With iPad OS 14, devices can take advantage of redesigned home screen widgets, a more compact spotlight-style search window, and the ability to use the Apple Pencil to write into any text field, whether you are on the web or in a document. For more details about iPadOS 14, check out our guide on the best features. If you purchased an iPad Pro 11 before iPadOS 14 was released, as with all upgrades of iPadOS and iOS, you can upgrade at no extra charge.

Let’s tackle a question that you might have on your mind. If the iPad Air 4 doesn’t have a home button with TouchID and it doesn’t have a TrueDepth camera system for FaceID, then how do you unlock your device? Apple’s iPad Air 4 is the first device to ship with its new TouchID system built directly into the top button. Want to unlock your iPad Air 4? Merely press the top button with your registered finger, and your device with both wake and unlock. This system is absent on the iPad Pro 11, instead replaced by FaceID, a system that unlocks your iPad when you look at the device.

One feature absent entirely on the iPad Air 4 is the iPad Pro 11’s LiDAR Scanner, which allows for more advanced and accurate augmented reality experiences. This scanner can be found next to the dual camera lenses on the back of the tablet. If a LiDAR Scanner doesn’t sound useful to you, how about an attachable keyboard and trackpad? Both iPad Air 4 and iPad Pro 11 support Apple’s Magic Keyboard and Smart Keyboard Folio options. Additionally, you can use an Apple Pencil (second generation) if you prefer to draw, sketch, or take notes.

We have quite a few ties in this battle, but don’t blame us, as each iPad packs features that can be considered personal preferences depending on the user. Do you prefer FaceID or TouchID? That is a question, and the answer isn’t the same for everyone. Otherwise, beyond the built-in LiDAR camera system, these two tablets offer many of the same features and peripheral compatibility.

Apple’s iPad Air 4 is the more affordable model, starting at $599 for a 64GB model and increasing to $749 for a 256GB model. It is now available for pre-order and will release on October 23.

That’s odd — how does the iPad Air 4 win over the more expensive iPad Pro 11 in this battle? While the iPad Pro 11 is positioned as the top tablet in Apple’s lineup, we found the iPad Air 4 to be a clear winner when it comes to value. The iPad Pro 11 adds features such as an ultrawide camera lens, LiDAR scanner, FaceID, and ProMotion display. These are excellent features, but they’re options that we feel many buyers could live without ever utilizing. Additionally, the iPad Air 4 contains the newer processor from Apple and comes in a wider variety of colors.

If you genuinely desire what the iPad Pro 11 has to offer, go ahead and grab it, but if you’re looking for the best iPad at a fantastic value, the iPad Air 4 is your best bet.

In a few hours, Conor McGregor and Dustin Poirier will step back into the octagon at UFC 257 for a rematch following McGregor’s victorious first-round knockout at UFC 178 in 2014. Here’s how to watch UFC 257 online, including the crucial start time and the whereabouts of the UFC 257 live stream. UFC 257 Date: […]
Read more

Samsung is the biggest phone manufacturer in the world, and with good reason — it makes incredible phones, combining outstanding
Read more

Amazon's annual exclusive sale is coming back for an even bigger event in 2021. Prime Day is the sale every
Read more