Home How to How to watch UFC 254 online: Live stream Khabib vs. Gaethje
How to

How to watch UFC 254 online: Live stream Khabib vs. Gaethje 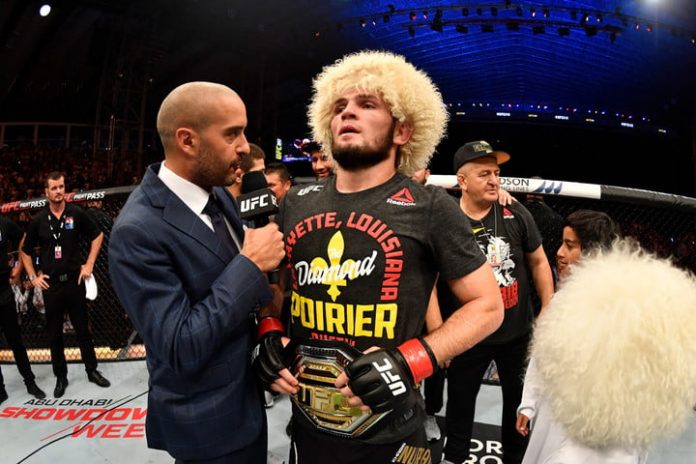 Wondering how to watch UFC 254 online? Here’s everything you need to know about UFC 254: Khabib vs. Gaethje, including the start time, the full card, and instructions to tune into the all-important UFC 254 live stream (spoiler: it’s a pay-per-view event that is being broadcast exclusively on ESPN+ in the U.S.).

ESPN+ is a premium streaming app that brings a cornucopia of live and on-demand sports content right to your computer web browser or iOS/Android mobile device. The UFC and ESPN have developed a very tight relationship in recent years, and as of now, all pay-per-view shows air exclusively via ESPN’s online streaming service — meaning now’s the perfect time to sign up for ESPN+ so you can watch events like UFC 254: Khabib vs. Gaethje this weekend.

The headliner on the UFC 254 main card is a lightweight title unification bout between undefeated champion Khabib Nurmagomedov (28-0) and interim champ Justin Gaethje (22-2). This is Khabib’s second such unification bout after he defeated former interim champion Dustin Poirier last year at UFC 242. As dominant of a fighter as he is, this could prove to be The Eagle’s toughest fight yet, as Justin Gaethje boasts some of the best grappling and wrestling credentials in the UFC — an edge that most of Khabib’s former victims did not have when they faced him in the Octagon.

The UFC 254 main card features some other all-star MMA talent as well. The co-main event is a middleweight bout between former interim champion Robert Whittaker and Jared Cannonier, the two top-ranked middleweights on the UFC roster. All in all, there are 12 bouts planned across the three fight cards for UFC 254, with the main card comprising the pay-per-view portion of the event.