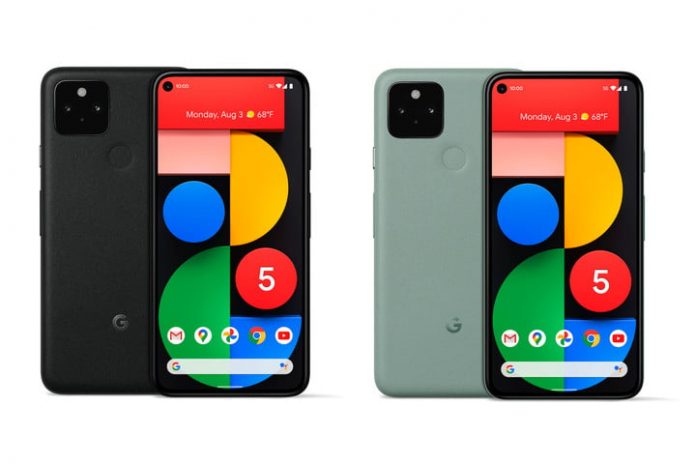 You may be forgiven for thinking that the Google Pixel 4 XL‘s launch was only yesterday, but the Google Pixel 5 has already arrived to oust it from its throne as the queen of Google smartphones. It improves on some of the minor failings of last year’s phone, introducing a bigger battery, a sleeker edge-to-edge display, and a useful ultrawide camera lens. At the same time, it keeps all the features Pixel phones are celebrated for, including a supremely versatile main camera lens, highly usable software, and a sharp display.

However, there are some interesting differences between the two phones, leaving it debatable as to which one is better. To answer this question, we compare the Pixel 5 and Pixel 4 XL across a series of categories, looking at how they measure up in terms of their specs, displays, designs, performance, cameras, software, and special features. This should settle once and for all which one is worth your time and money and whether you should upgrade if you’re using the Pixel 4 XL.

There’s no denying it: The Pixel 5 is a better-looking smartphone than the Pixel 4 XL. The 4 XL may have been big and bright, but it was let down by a very large forehead bezel. The Pixel 5 gets rid of that eyesore, replacing it with a lovely edge-to-edge display that brings it into the future. It’s also 32 grams lighter and is about 16cm shorter and 5cm less wide, making it more comfortable to hold for extended periods of time for the average user.

On the other hand, there’s no doubt that the Pixel 4 XL has the more impressively vivid screen. At 6.3 inches and 3040 × 1440 pixels, it provides a satisfying 537 pixels per inch (ppi). By contrast, the Pixel 5’s 6-inch screen packs 2340 x 1080 pixels, meaning it offers a less attention-grabbing 432 ppi. This is still good, but with the Pixel 4 XL also having an AMOLED (rather than OLED) display, the overall impression is that last year’s phone gives you more to look at. Both phones do support a 90Hz refresh rate, so even though the 4 XL is noticeably better, you won’t be disappointed by the Pixel 5.

Both smartphones come with the same IP68 rating, which should mean they can cope with submersion in 1.5 meters of water for up to 30 minutes (as well as exposure to dust). This makes things pretty equal between the two phones, and with the Pixel 5 looking better — while the 4 XL has the better screen — we’re calling this round a tie.

Both the Pixel 5 and the 4 XL come with Qualcomm Snapdragon processors. That said, the 4 XL uses the powerful 855 chip, while the Pixel 5 settles for the slightly less capable 765. This means the 4 XL can handle apps and multitasking better than its newer sibling. The Pixel 5 comes with 8GB of RAM, while the 4 XL packs 6GB, so you should see pretty much the same levels of performance in all but the most demanding of apps.

The Pixel 5 is generous enough to contain 128GB of internal storage as standard, doubling the amount (64GB) the Pixel 4 XL provides. This relatively low amount of ROM is quite surprising given the 4 XL was supposed to be a premium-level flagship smartphone, and you’ll have to pay $100 extra if you want 128GB.

The Pixel 4 XL’s battery life was also surprisingly disappointing, even if it came with more juice than the Pixel 4. At 3,700mAh, this isn’t quite enough to see out a heavy day of use with a reassuring amount of battery life to spare. The Pixel 5 will likely make amends for this misstep from Google, housing a 4,080mAh battery instead. We haven’t given it a full road test yet, so we don’t know how long it will last, but with a smaller screen, we imagine it will comfortably outlast the Pixel 4 XL.

With this in mind, and with a more practical amount of internal memory, this round is a slim but clear victory for the Pixel 5. This may change if the Pixel 5’s battery turns out to be a dud, but we’re hopeful this won’t turn out to be the case.

Both phones opt for dual-lens rear cameras. While the Pixel 5 has a 12.2-megapixel wide lens and a 16MP ultrawide lens, the Pixel 4 XL goes for the same wide lens and a 16MP telephoto lens. This would arguably make them hard to compare, seeing as how they seemingly cater to different uses (i.e., wide shots versus zoomed shots). Nonetheless, the main wide lens of both phones contains a feature that makes the ultrawide lens of the Pixel 5 more useful than the telephoto camera on the 4 XL.

This feature is the Super Res Room, which has been a staple on Google phones ever since the Pixel 3. The Super Res Zoom uses artificial intelligence (A.I.) to enhance photos (taken with the normal wide lens) that use digital zoom, giving them a quality that comes seriously close to rivaling the quality of actual telephoto lenses. This makes the telephoto camera on the Pixel 4 XL a little redundant, while also making the ultrawide lens on the Pixel 5 more appreciated.

Otherwise, the Pixel 5 and Pixel 4 XL are two of the best camera phones you can buy right now. A 12.2MP wide lens may not sound like much, but with Google’s algorithms at the helm, you will struggle to take bad photographs.

As for the video, the Pixel 5 can capture 4K video at 60 fps, while the Pixel 4 XL goes only as far as 30 fps. Combined with the more useful ultrawide lens, this round ends up being another win for the Pixel 5.

To cut a long story short, the Pixel 5 and 4 XL are identical when it comes to software and updates. They both run Android 11, which has improved the already excellent Android UX by adding a native screen recorder, improved media controls (moving them under the quick settings menu), and changes to conversations and notification bubbles.

Regardless of whether you opt for a Pixel 5 or 4 XL, you’ll also be treated to speedy updates, given that Android is a Google-created operating system. This can only mean that this round is a tie given that both phones are identical in terms of software.

Here comes another Pixel 5 advantage: It supports 5G networks, while the Pixel 4 XL goes no further than good-old 4G. This will make a big difference in connection speed when 5G networks become more widespread (in a year or so), while the Pixel 5’s support for mmWave and sub-6Hz bands will also give you the fastest possible speeds (where available).

On the other hand, the Pixel 4 XL comes with Face Unlock, which works like Apple’s Face ID to unlock your phone by looking at it. The Pixel 5 has removed this feature, reverting to the less exciting and slightly less secure fingerprint scanner on the back. This is a shame since Google’s Face Unlock worked very well. It didn’t have much compatibility beyond unlocking the phone, though, so maybe some people won’t miss it that much.

Seeing as how the 4 XL didn’t use its face sensor for much beyond unlocking, we’re going to give this round to the Pixel 5. 5G will prove a much more useful and significant feature in the near future, so it’s arguably more future-proofed than its older stablemate.

The Pixel 5 is available for pre-order from Google for $699 and will ship in the U.S. starting on October 29. It will be supported by Verizon, Google Fi, and AT&T, and you’ll also be able to buy it from Amazon.

The Pixel 4 XL has been available since October 2019 and was officially priced at $899. Google no longer appears to be selling it directly from its own website, but it can be bought from Amazon, where the 64GB version now sells for considerably less than its launch price. The 128GB still sells for close to $1,000.

There isn’t really much doubt: The Pixel 5 looks set to be a more capable and desirable smartphone than the Pixel 4 XL. Its design is much improved, the internal memory is more generous, its camera is more useful and versatile, it supports 5G, and it looks like it has a longer-lasting battery. The Pixel 4 XL may admittedly have a crisper screen and also Face Unlock, but other than that, there isn’t much to recommend it over the newer model. Regardless of your priorities as a smartphone user, you will almost certainly end up happier with the Pixel 5 than the 4 XL.

Facebook
Twitter
Pinterest
WhatsApp
Previous articleHere’s when (and if) your Nokia phone will get Android 11
Next articleHey Apple, please sell me an Apple Watch without a strap