Global cooperation is key to spotting an asteroid headed for Earth 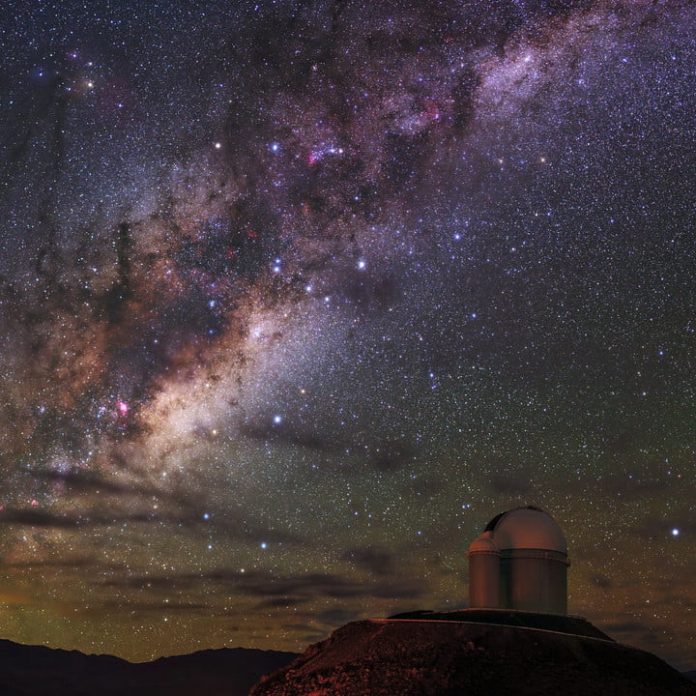 If you’ve noticed an uptick in reports of asteroids whizzing close to Earth in the last few years, it might seem as if our planet is more in danger of being struck by a space rock than ever before. But there hasn’t really been an increase in the number of asteroids threatening Earth — it’s that our ability to detect those asteroids has dramatically improved.

Thanks to improvements in technology like increases in computing power and more powerful telescopes, astronomers can now scan the sky in more detail than ever before, and they’re discovering more objects orbiting the sun and coming close to Earth. But this work can’t be done by just one country or one agency. To protect the planet, we need a global network of telescopes and researchers working together.

To find out more about how to identify and track asteroids approaching Earth, and how global cooperation can keep our planet safe, we spoke to comet expert Olivier Hainaut of the European Southern Observatory.

Tools of the trade

When it comes to spotting asteroids, there are two essential types of tools astronomers use: Firstly, there are all-sky surveys. These surveys scan the entire sky to search for various objects including asteroids that could potentially be threatening to Earth. Typically, once a survey discovers an asteroid, it can track it and work out its trajectory to see if it will come near to our planet.

Sometimes an asteroid will be too faint for an all-sky survey to track, or it may look particularly interesting or as if it could be threatening to Earth. In those cases, the all-sky surveys will hand information about the object over to astronomers running the second essential tool, large telescopes. These devices are distributed across the Northern and Southern hemispheres, like the two Keck telescopes in Hawaii or the Very Large Telescope in Chile.

These large telescopes have a smaller field of view — so they can only look at a small area of sky at a time — but they can look in much more detail, so they can be used to track asteroids once they have been identified.

Where to build a large telescope

In practical terms, it would be easiest for organizations to build telescopes in their literal backyard, but that won’t cut it when it comes to large telescopes. That’s why the European Southern Observatory has telescopes located in Chile, even though it is a European organization.

These large telescopes need to cover both hemispheres, as Hainaut explained: “There are a few things that are visible in the Southern Hemisphere that are not visible from the north: The Galactic Center, as the center of our galaxy is in the south, and the two Magellanic Clouds, which are the two satellite [galaxies] to our Milky Way. These are three super-important objects, and it was not possible to study them properly from the north.”

But not just any location in the Southern Hemisphere will do. Locations for large telescopes need to meet very specific parameters, such as being far away from cities to avoid light pollution, and having minimal cloud coverage so the view is not spoiled. Another problem is turbulence, as if the wind is turbulent in a particular location, then this will distort the images collected by a telescope there.

It also helps to have a location which is at high elevation and with low levels of water in the atmosphere; these factors tend to coincide with low cloud coverage and low turbulence.

The four Unit Telescopes of ESO’s Very Large Telescope (VLT) on top of Cerro Paranal, illuminated by starlight on a dark and very clear night. the site is among the best in the world for astronomical observations. ESO/Y. Beletsky

After a long search, ESO found the ideal location in Chile, with sites in and on the edge of the Atacama Desert. “The north of Chile is completely magic,” Hainaut said. “It’s a desert, it’s high, and it’s close to the ocean.” Being close to the ocean means that the wind generally blows in one direction and flows in a straight, nonturbulent manner.

As counterintuitive as it may sound, very large asteroids, such as the one that is thought to have killed the dinosaurs, are not the biggest concern when it comes to planetary protection right now. These huge chunks of rock, more than a kilometer in size, are relatively easy to track. “The dinosaur killers, there I would say we are in fairly good shape,” Hainaut said. “Because even today, we know most of these asteroids because they are big enough.”

On the other end of the scale, asteroids which are around the size of a football will burn up in the atmosphere and become a shooting star. The asteroids that are most potentially dangerous to our planet as things stand are those in the middle range. “The dangerous ones for the coming years are those between one hundred meters and one kilometer, roughly,” Hainaut said. “There, we have many to discover.”

We have even had a close call with such an impact in the last decade. In 2013, an approximately 20-meter-wide asteroid entered the Earth’s atmosphere near the Russian city of Chelyabinsk and exploded around 30 kilometers (18.5 miles) from the ground. The resulting blast appeared brighter than the sun and created a shock wave that blew out windows in buildings across six different cities. Thousands of people were injured but, fortunately, no one died.

Luckily, the object exploded high in the atmosphere and did not strike the ground, or the damage would have been much, much worse. The object was estimated to weigh between 12,000 and 13,000 metric tons, and it exploded with around 25 times the energy of the atomic bomb detonated on Hiroshima.

The next generation of sky surveys

Even though huge strides have been made in the detection of asteroids in recent years, astronomers are well aware that there is more work to be done. The task of detecting asteroids will be carried forward by upcoming projects like the Vera C. Rubin Observatory, which will conduct all-sky surveys using its 8.4-meter Simonyi Survey Telescope.

The observatory is located in the Elqui Province of Chile, and is set to take its first light image next year using the world’s largest digital camera. This will help balance the northern bias of survey telescopes by capturing the sky from the south.

“That’s really a game-changer,” Hainaut said. “It’s a big telescope, 8 meters, so that means it’s really the same class as the [Very Large Telescope], as the Keck, as the Subaru, as the Gemini. Except that it’s a wide-field survey telescope.” That means it will survey the entire sky, but also in deep detail, allowing astronomers to spot smaller or fainter objects.

And identifying potentially hazardous asteroids is a key aim of the project, as Hainaut explained: “It will have an extremely aggressive schedule, covering the whole sky every few days and processing everything in real time, including an algorithm to find asteroids.”

Planetary protection is a global endeavor

If we’re able to detect asteroids in advance of their arrival on Earth, we can take steps to protect ourselves. With a few hours’ warning of where an impact may occur, we could save thousands of lives by turning off gas and electricity in the area. And with years or even decades of warning, we could take steps to deflect or destroy an incoming asteroid using technology like the Hera mission, a planetary defense cooperation between NASA, ESA (European Space Agency), and many other countries and agencies.

One thing is clear: When it comes to identifying and tracking asteroids, and mitigating the damage caused by a potential impact, no one country can act alone. Protecting the planet is a truly global endeavor.