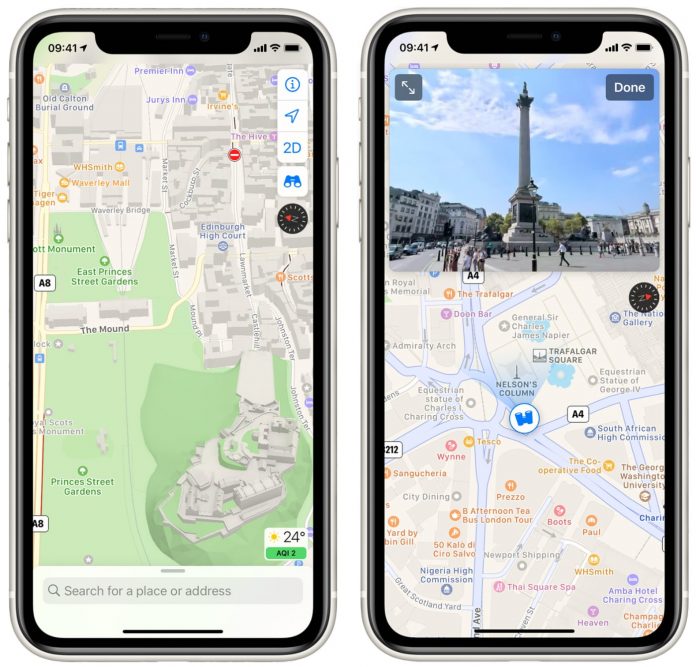 The new Apple Maps app that Apple has been rolling out over the course of the last year is expanding to the UK and Ireland as of today, according to Apple.

“‌Apple Maps‌ is the best way to explore and navigate the world — all while protecting your privacy — and we’re excited to bring the new map to our users in the UK and Ireland,” said ‌Eddy Cue‌, Apple’s senior vice president of Internet Software and Services. “We have rebuilt the map from the ground up, with better navigation, richer detail, more accurate information for places, and incredible features like Look Around, cycling directions, and curated Guides from trusted resources. We’ve reimagined how Maps can help users find the places they love and get to where they’re going even faster and easier.”

Guides, an iOS 14 feature, provides a curated list of places to visit within a city, with resources created by Time Out Group, Lonely Planet, and The Evening Standard, and UK users in London also have access to cycling directions and routes with EV stops.

Apple has been testing the new maps in the UK and Ireland since August after finishing the rollout in the United States back in January.Tag: Apple Maps
This article, “Apple Launches Revamped Maps App in the United Kingdom and Ireland” first appeared on MacRumors.com