Home News Apple Invites Developers to Get One-on-One Guidance From Engineers Ahead of Apple...
News 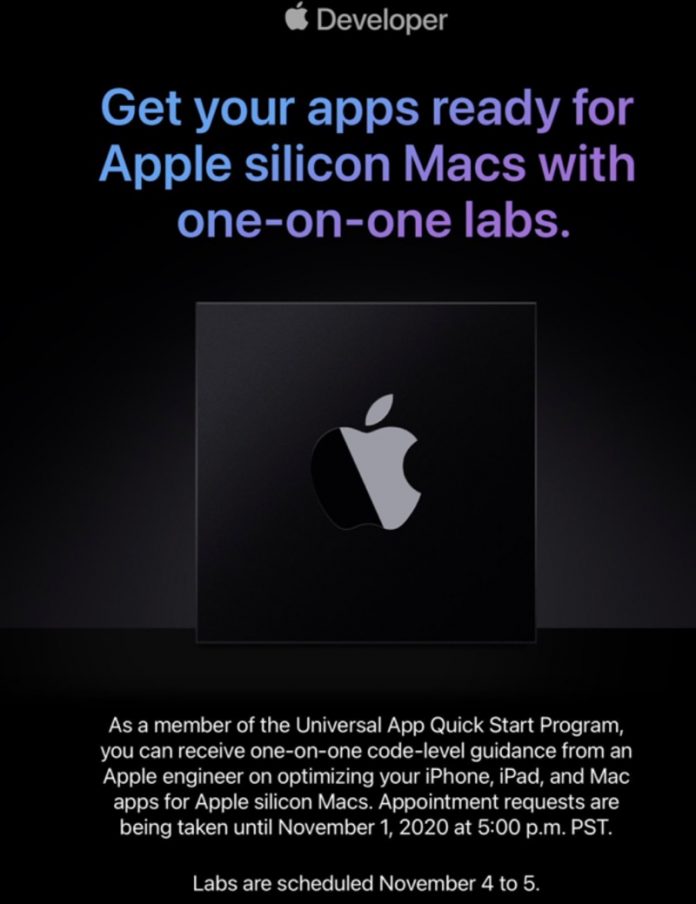 With the end of the year approaching, we’re getting closer to the launch of the first Mac with an Apple Silicon chip. Apple has been allowing Mac developers to prepare for the transition to ‌Apple Silicon‌ through the Universal Quick Start Program, and now Apple is sending invites to testers to invite them to get one-on-one code-level guidance from an Apple engineer.

Participants in the Quick Start Program, which provided developers with a loaner Mac mini equipped with an A12Z chip and resources for developing ‌Apple Silicon‌ apps, can now sign up for an appointment with an Apple engineer.

Apple is scheduling lab appointments for November 4 and November 5, which suggests that we could perhaps soon be seeing the launch of the first ‌Apple Silicon‌ Mac.

When announcing ‌Apple Silicon‌ Macs earlier this year, Apple promised the first Mac with an Apple-designed Arm-based chip would launch before the end of 2020. Events in September and October have come and gone with no announcements, but there is a possibility we’ll see a November event that could be held on November 17.Tag: Apple Silicon
This article, “Apple Invites Developers to Get One-on-One Guidance From Engineers Ahead of Apple Silicon Mac Launch” first appeared on MacRumors.com