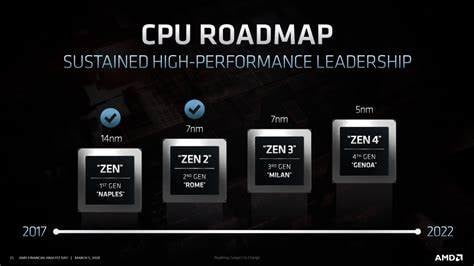 Following the popularity of the Ryzen 3000 and Ryzen 4000 series processors, AMD unveiled its new Ryzen 5000 series silicon, based on the company’s Zen 3 microarchitecture and a refined 7nm node. While these chips were originally rumored to be part of Ryzen 4000 umbrella, AMD is instead using new branding, as they are delivering generational performance improvements. AMD’s announcement comes just as rival Intel confirmed that its new 11th-Gen desktop processors are coming in early 2021.

For the rest of 2020, however, AMD’s Ryzen 5000 family will take on Intel’s 10th-Gen desktop family. With heated competition, gamers will have a lot to be excited for. Given the ongoing global pandemic, a stronger Ryzen 5000 CPU may be what you need to enjoy your time at home — these processors will be an excellent tool for office and productivity tasks, creative workflows, basic workstation needs, gaming, and so much more.

AMD CEO Lisa Su kicked off the keynote noting that the PC is now the computing platform of choice in 2020, noting that Ryzen and Radeon technologies are powering the next-generation consoles from both Sony and Microsoft.

Ryzen first came to market in 2017 with a goal of building the best desktop processor possible. Since then, Ryzen has been in desktop, high-end PCs, and gaming systems.

“We’re the highest in multi-threaded performance and the best in efficiency,” Su said, while adding that AMD’s work with Ryzen is never done.

The journey to Zen 3 began more than five years ago, according to AMD CTO Mark Papermaster. The third-generation Zen core will debut in desktops this fall, he said, highlighting that the chip brings “significant uplift in performance,” a new core layout, and higher max boost speeds.

Zen 3 is based on a new unified 8-core complex that allows each core to have access to the L3 memory cache. Papermaster claimed that the chip delivers a 19% performance uplift over Zen 2 processors.

The new unified cache-core complex helps drive the performance improvement, especially for gamers, and reduce latency. “There’s a new layout of our processor that brings all the cores onto a unified eight-core complex, and that accelerates core to core communication,” he added.

With Zen 3, there’s a 24% power efficiency compared to the prior generation, and 2.8x more power efficient than the competing Intel 10th-Gen Core i9 processor.

“We made the Zen 3 floating point and integer execution units wider, more flexible,” Papermaster said. “This allows us to deliver more execution capability to the user at a lower latency. We’ve increased the number of loads and stores that we can do versus Zen 2, helping us feed those wider execution capabilities in Zen 3. We’ve added more branch prediction bandwidth that allows Zen 3 to tackle back-to-back predictions much more quickly, reducing the delays we call the zero bubble. These innovations keep Zen 3 ahead of the industry norm on generational improvements and position.”

AMD is also working on its new Zen 4 architecture right now, which will be based on a new 5nm node.

In a demo with Shadow of the Tomb Raider, AMD showcased the new chip delivers a 28% increase in frame rates, averaging 181 FPS, compared to the Ryzen 3900 XT. AMD noted that there is double-digit performance improvement — 26% on average at 1080p — across a range of titles for Ryzen customers upgrading from the 3000 series to the 5000 series.

The company showed off the Cinebench 1T Run benchmark, and the Zen 3 architecture clocked in a score of 631, making it the first consumer processor to do so.

All three processors will be available November 5.

For gamers and creatives who need more cores, the 5950X delivers 16 cores of performance, the highest single- and multi-core performance. The Ryzen 9 5950 X will be priced at $799 and will be available on November 5 as well. Su called this AMD’s best processor, and it delivers a 4.9GHz boost speed.

“The 5950 X breaks the Cinebench single-threaded record that [that was mentioned earlier] with a score of 640,” Su added. “It is truly the best-in-class in every dimension. Best gaming performance meets best processor for content creation.”

Compared to the Ryzen 9 3950X, the new Ryzen 5950X delivers a 5% boost in video editing in AMD’s test with Adobe Premiere Pro, a 12% increase in rendering raytracing, and a 27% boost with CAD applications. With 16 cores and a big boost in performance, the company is going after creative professionals.

Compared to the best from Intel, AMD’s benchmark revealed that the 5950 X delivers 59% more creative performance and double-digit wins in video editing.

In addition to debuting its processor, AMD also gave a preview of what a Team Red gaming system will look like. The company showed an early look of its new Radeon RX 6000 GPU, which will be get its own announcement later this month.

With a Borderlands demo, Su noted that the game played at more than 60 FPS at 4K with beautiful image quality, and the GPU-CPU combo delivered similar performance in a number of other titles that the company tested. AMD used new Zen 3-based processors and the new Radeon RX 6000 for this early preview. The Radeon graphics cards will be announced later this month during a live stream announced for October 28.