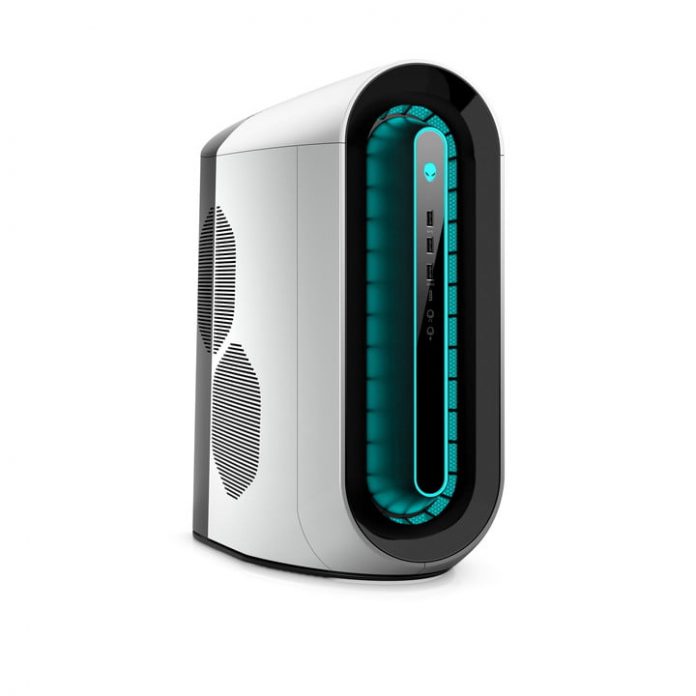 Whether you’re a gamer on Team Green or Team Red, Dell has you covered with its latest Alienware refresh. The company has options for the latest and most powerful silicon from AMD, Intel, and Nvidia under the hood of its iconic Aurora design, and the company is expanding its displays to support gamers who need a fast, tear-free screen.

The star of the show is the Aurora R11, which comes with Intel’s 10th-generation Core i9-10900KF processor and Nvidia’s GeForce RTX 3080 flagship GPU as well as the RTX 3090 utilizing a “custom-engineered” design optimized for better airflow and cooling, according to Alienware.

The system’s thermal design has quad 10mm copper heat pipes with integrated vapor chambers, and the video card features dual axial fans with positive rear pressure relief. If you opt for Nvidia’s BFGPU, which is more formally known as the RTX 3090, Dell’s custom card design uses a 2.5x PCI card slot design rather than the triple slot form factor of Nvidia’s Founders Edition GPU. The move toward a compact custom design is similar to what rival HP had done with its Omen desktop. Alienware claims its cards are shorter and use an 8-pin PCIe connector for power.

The Alienware Aurora Ryzen edition can be configured with up to a 16-core AMD Ryzen 9 3950X processor, and the latest refresh now tops out with Nvidia’s GeForce RTX 3090 graphics on the GPU side. Both the Aurora R11 and Ryzen R10 are available today.

To complement the new Aurora desktop, Alienware is going big with its monitor refresh. This year, the company bumped up the sized of its curved gaming display from 34 inches to 38 inches. The Alienware 38 Gaming Monitor AW3821DW features a 37.5-inch IPS Nano Color panel with WQHD+ resolution, support G-Sync and VESA DisplayHDR 600, and a fast 1ms gray-to-gray response time. Although the panel is designed for gaming, it could also be used in professional environments, as the Alienware 38 Gaming Monitor is capable of supporting 95% of the DCI-P3 color space. Given its advanced features, the Alienware 38 will cost a hefty $1,899 when it launches.

If your enthusiasm is more geared toward flatter screens, the Alienware 27 Gaming Monitor offers many of the same features as the curved display, but adds a fast 240Hz refresh rate onto its QHD resolution panel. For gamers who need an even faster panel, the Alienware 25 Gaming monitor is an FHD screen that supports a 360 Hz refresh rate along with Nvidia’s Reflex Latency Analyzer to help gamers recognize if there is latency coming from peripherals, like a keyboard or mouse.

Facebook
Twitter
Pinterest
WhatsApp
Previous articleSave $50 on latest Apple MacBook Air ahead of Prime Day 2020
Next articleI wore the Apple Watch Series 6 and Apple Watch SE, and this is the one to buy