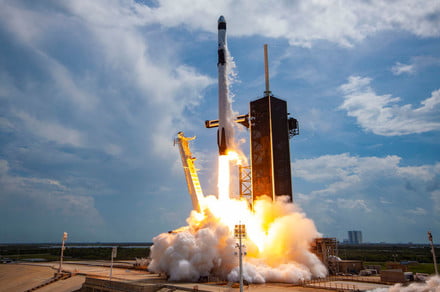 Scrubbed launches are a fact of life in the rocket industry. But Elon Musk is determined to minimize them for SpaceX, following the events of this week in which two SpaceX launches had to be aborted.

The first launch should have occurred on Thursday, October 1, when a Falcon 9 rocket was set to launch carrying the latest batch of Starlink satellites for the company’s project to provide global satellite broadband internet. However, the launch had to be aborted due to an “out of family ground system sensor reading” which was detected during the countdown. The Falcon rocket and its satellites were said to be in good health, but the ground problem forced the delay of the launch.

The second launch was slated for Friday, October 2, with a Falcon 9 carrying a GPS satellite for the U.S. Space Force. This launch was scrubbed at just two seconds before liftoff. No reason was given for the scrub, but SpaceX said on its website that, “The team is evaluating the next earliest launch opportunity and we will provide an update as soon as a date is confirmed.”

The biggest factor in scrubbed launches is the weather, as it can be dangerous to launch a rocket when there is lightning in the region or too much of certain types of clouds. There’s nothing to be done about that, but other scrubbed launches like the two SpaceX experienced this week can be due to issues on the ground. This is the area SpaceX is looking to improve, as every scrubbed launch represents a significant cost as the rocket has to be wheeled away and a valuable new launch slot obtained.

“We will need to make a lot of improvements to have a chance of completing 48 launches next year!” Musk said on Twitter, referring to the company’s ambitious launch goals. When asked what the biggest problem was with launches: “Mechanical issues? Susceptibility to weather? Range constraints?,” Musk replied, “All of that and more.”

Musk also said the company was undertaking a review this weekend of its launch operations including launch site, propulsion, structures, avionics, and range and regulatory constraints, trying to improve on its launch capabilities. In addition, Musk said he would be visiting Cape Canaveral himself in the coming week to oversee the hardware review.