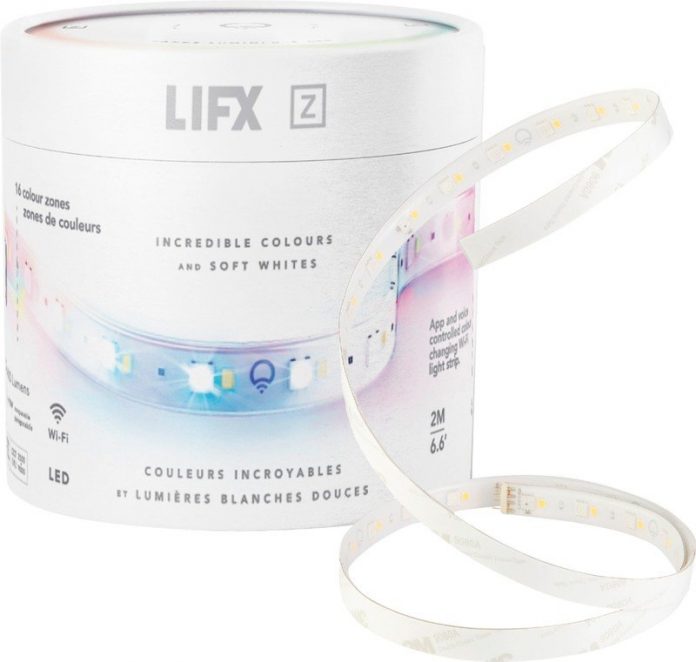 Pretty colors without the hub 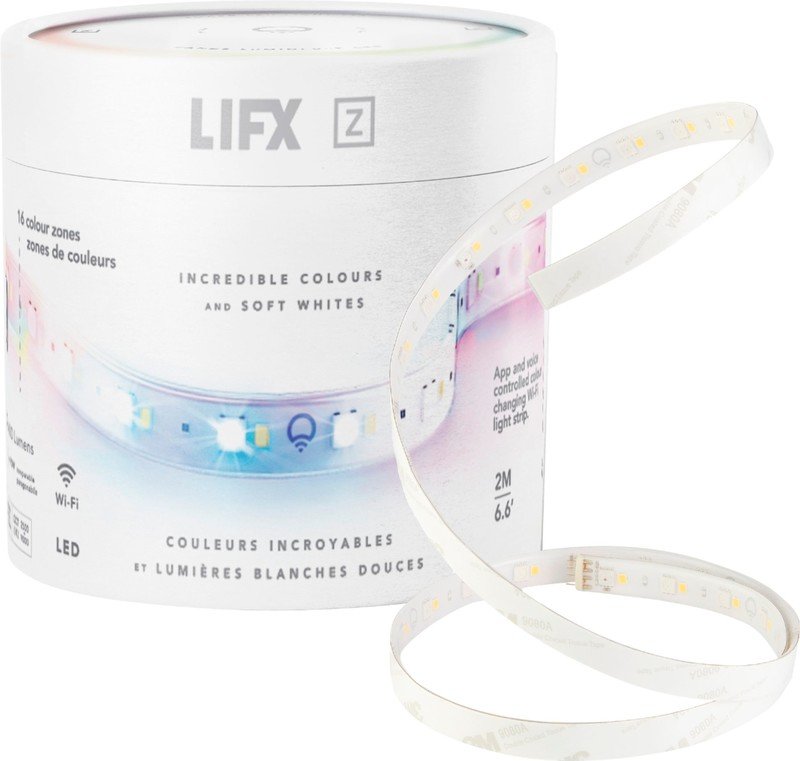 LiFX designed the Z LED Lightstrip to set the mood in any room, with a special emphasis on providing brilliant lighting behind a TV or monitor. Control the colors and brightness from the LiFX app, or connect to your favorite virtual assistant and let your voice make the commands.

Extremely nice, for a price 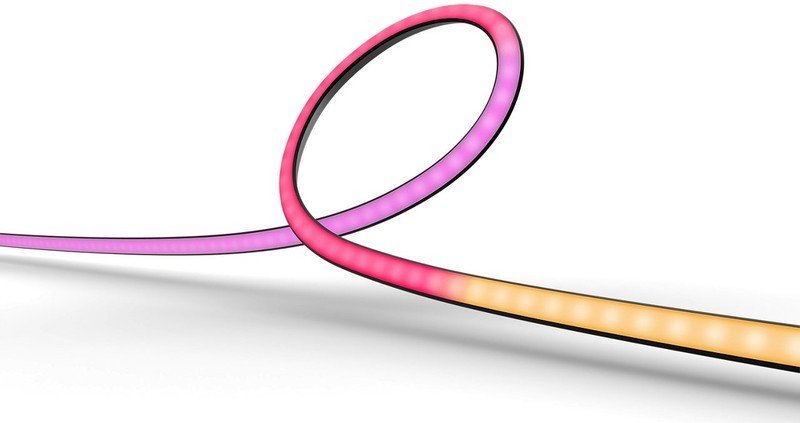 Adding a colorful lightstrip to the back of your TV, also known as bias lighting, can help create an immersive environment that would otherwise be devoid of light and color. While Bias lighting was originally used to increase poor contrast on LCD televisions, OLED TVs and some newer LED TVs don’t suffer from the same contrast issues as TVs of old. 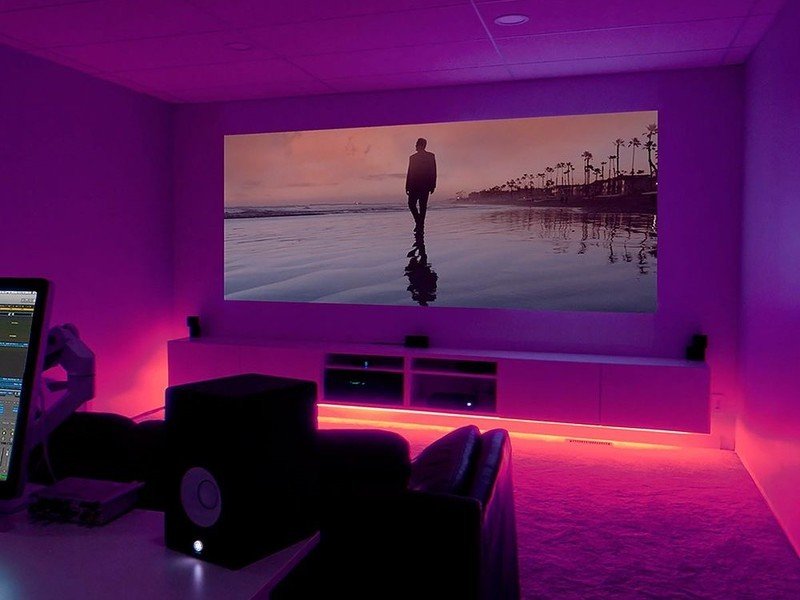 The Philips Hue line of products has a pedigree for greatness but, along with that greatness comes a certain price to pay. Hue bulbs have long depended on a Zigbee hub to connect to each other and to the internet, and the Philips Hue Play Gradient Lightstrip bears the same requirement. If you want it to sync to your TV, though, you’ll also need to purchase a Philips Hue Sync box, which retails for around $230. That means if you have no other Philips Hue products, you’ll need to spend in upwards of $500 just to get full functionality out of these lights.

That’s a pretty massive gulf in price compared to the $100 LiFX Z LED lightstrips, which also require no hub to connect to your home’s Wi-Fi network. At full functionality, LiFX’s solution is around $400 cheaper than the Philips Hue Play Gradient Lightstrip. Regardless of your budget, saving around $400 is a major positive for LiFX, even if the capabilities of the LiFX Z LED Lightstrips are lower than what Philips offers. 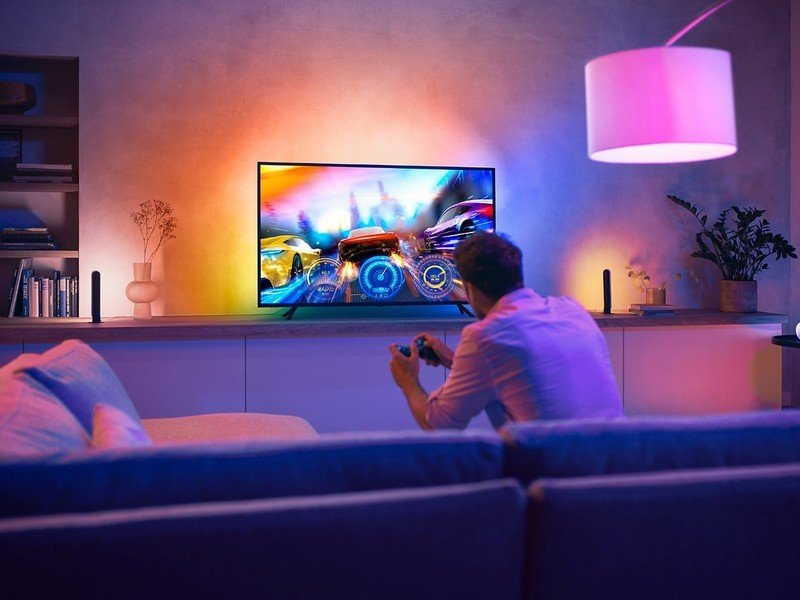 While the price of the full Play Gradient Lightstrip package borders on ludicrous when compared to products like the LiFX Z LED Lightstrip, the experience you’ll get is substantially better than any other commercially-available product. That’s because Philips Hue products all offer the fastest response times to commands, have impeccible quality control, and, in this particular case, also can change color based on what’s playing on your TV.

As said before, you’ll need the Philips Hue Sync box in order to gain this functionality. That Sync box connects to your TV via an HDMI cable and can interperet what’s happening on the screen, translating that picture into beautiful colors on the Play Gradient Lightstrip. The Play Gradient Lightstrip features individual color zones and seamless transition between colors, helping to create an atmosphere in your living room that goes above and beyond what you’ll get even in a movie theater. Most other lightstrips, like the LiFX Z LED Lightstrip, use prebaked colors that don’t sync to your entertainment. 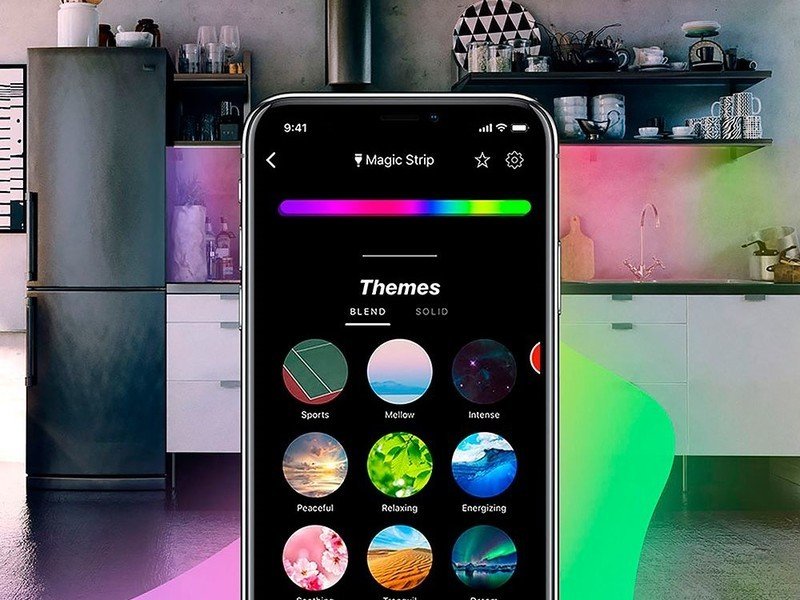 While the LiFX Z LED Lightstrip can’t sync its colors to your entertainment, it can be expanded to fit an incredibly wide range of TV sizes and scenarios. The Philips Hue Play Gradient Lightstrip only comes in one size that’s made for TVs between 55-65 inches with no way to expand the lightstrip. That’s a stark contrast to Philips’ other Hue lightstrips, as the Play Gradient Lighstrip is designed for one very specific purpose in mind.

Meanwhile, the LiFX Z LED Lightstrip can be used as a way to light your home, and it’s actually bright enough to get the job done. Many older LED lightstrips were just for mood lighting, creating pretty colors or accents under and around furniture. LiFX has created an LED strip that provides 700 lumens of light per meter, for a maximum of 2,800 lumens per light strip. That’s equivalent to a 160W incandescent bulb, which is enough to light up a room on its own.

This is better than a single bulb because the light is evenly spaced out across the strip. You can even connect LiFX Z LED Lightstrips together, spreading out that 2,800 lumen maximum across a 32-foot (10-meter) distance. On top of that, you won’t need to worry about buying a hub or keeping it in range of the hub, as the LiFX Z LED Lightstrips can directly connect to your home’s Wi-Fi network.

Both lightstrips are able to connect to each company’s app and range of products, meaning it makes sense to stay in a certain ecosystem if you’re already invested. LiFX and Philips both support “scenes” that allow you to customize colors and brightness levels. When connected with your favorite virtual assistant, it’s easy to use commands like “it’s movie time” to turn off all the lights and let the lighstrip set the mood. You can also set the colors and brightness levels manually from within the app or via your favorite virtual assistant at any time with either LiFX or Philips. 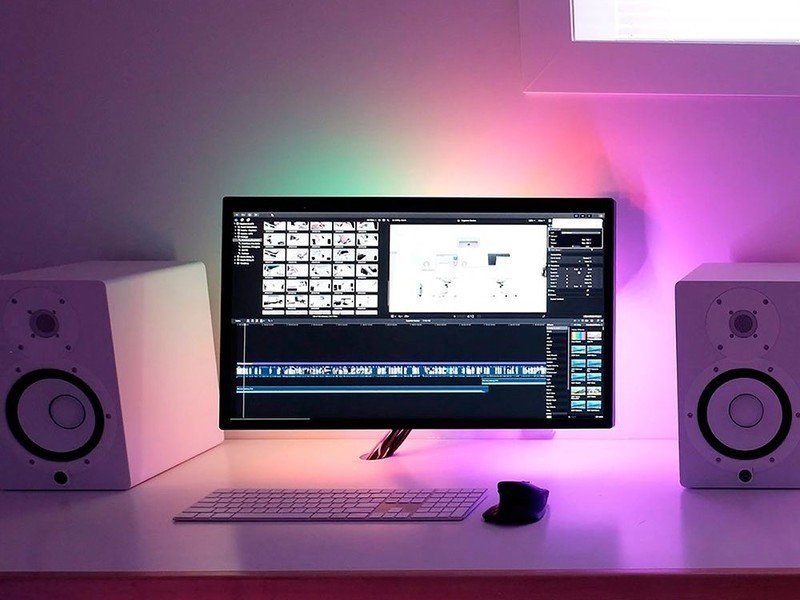 When you boil it all down, it’s hard to argue with the price difference between these two products. Yes, the Philips Hue Play Gradient Lightstrip will give you the ultimate in lighting entertainment, but for around $400 more, it’s very difficult to justify the price of entry. If you’ve already invested in a Philips Hue Sync box, that cost drops significantly but, even then, the Hue Lightstrip is still twice the price of the LiFX Z LED Lighstrip on its own.

LiFX provides a product that’s ready to go out of the box and costs significantly less. The LiFX Z LED Lightstrip can also be connected to other Z LED Lightstrips. That means LiFX can provide entire room lighting in addition to a stunning glow behind your TV. LiFX also has a great app and powerful tie-ins with your favorite virtual assistant and all your favorite smart home services, thanks to IFTTT interconnection.

Change it up, one LED at a time

The LiFX Z LED Lightstrip helps set the mood in any room, and it even provides an amazing way to enhance your TV viewing experience.

Philips Hue has moved into entertainment with the Play Gradient Lightstrip, which can sync up to your TV for ultra-immersive viewing.