What to buy on Prime Day 2020: Laptops, smart devices, tablets, and more 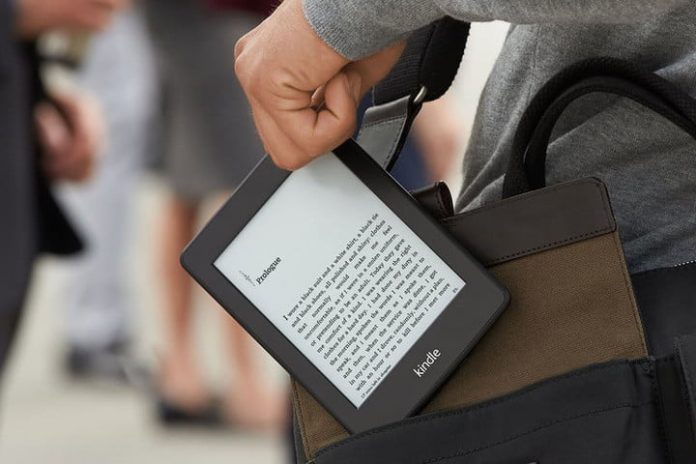 We’re getting closer to Prime Day 2020, which is just a couple weeks away. This year, Prime Day is expected to take over the shopping world on October 13. We’re already seeing some amazing deals from Amazon in the lead-up to the big day, but as we get ever closer, we want to make sure you’re well informed and equipped, to take advantage of the best that Amazon has to offer on tech like laptops, tablets, kitchen appliances and of course, Apple Products. To help get you ready, we’ve outlined how to shop Prime Day in all your favorite categories, below.

Amazon has some key devices that it produces, markets, and sells, dating all the way back to the Kindle, which you will definitely be able to take advantage of on Prime Day. Two categories to keep an eye out for include that Kindle e-book reader, in all its forms. Amazon knows that a Kindle will keep you shopping its publishing content for years to come, so they’re dying for you to pick one up. Same goes for Fire tablets and Fire TV devices; Amazon wants to be your gateway to a world of content.

Additionally, Amazon is famous for giving us Alexa, and it wants her in as many homes as possible. You can expect great deals on any kind of Echo smart speaker. Last year, we saw most of them drop to less than $100. That’s a lot of Alexa, for very little money.

Along with these devices, you can expect to see Amazon offer deep discounts on their accompanying memberships and services, like Amazon Music, as well as Audible and Kindle Unlimited, to keep that content flowing.

Last year, we saw deals as inviting as $400 off the iPad Pro 10.5-inch and almost as much off the 12.9-inch iPad Pro. When it comes to 2018 iPad pros, we’re expecting to see deals just as big, or even bigger, especially now that the 2020 iPads have landed. We’ve also seen a new iPad Air drop this year, with the iPad Air 4 coming down the pipe, so you can expect to see drastic discounts on older iPad Air tablets.

When it comes to MacBooks, some of the largest discounts we’ve seen in the past have been applied to the MacBook Pro ($700 off the 2018 15-inch). Newer MacBook Pros have since appeared, in both 2019 and 2020 (the 16-inch and 13-inch respectively). It’s unlikely that we’ll see these discounted heavily, or at all, but that means that earlier models will be dropping even further. Great news for creatives, or those who need a little more muscle in their Mac machine.

Similarly, you can look for nice discounts on older Apple Watches, like the Apple Watch 3, 4, and 5. AirPods and their charging cases are a little too new, and a little too popular to get the same treatment you’ll probably see discounts closer to $20-$30 on these.

As with other extremely popular categories, it will be key to keep on eye on last-generation tech in this category. Headphones like Apple’s AirPods aren’t likely to take steep dives in price, because updates to the technology have not arrived recently, or seem to be arriving any time soon, and retailers don’t need to make room in their inventory yet.

Where you’ll have more luck is with other brands, like Sony, whose Sony WF-1000XM3 true wireless earbuds or Sony WH-1000XM3 Bluetooth noise-canceling headphones, which can compete with Apple’s AirPods, as well as wireless earphones from Beats By Dre, and recently came face-to-face with an update. Sony recently came out with the XM4 series, so it won’t be a surprise if we see some price breaks on this last-generation tech. There are also more affordable models, like the Cambridge Audio Melomania 1 or AKG Y50BTs for wireless, or Sony WH-XB900N or Marshall Monitor II A.N.C. Bluetooth headphones, if noise canceling is a priority. In the past, we’ve also seen great deals on more traditional speakers, like up to $300 off Kef Bookshelf Loudspeakers. Portable Bluetooth speakers, from brands like Ultimate Ears, have dropped by as much as $60.

What differentiates headphones and speakers from other categories, like tablets, is that there aren’t just a few brands dominating the game here. You can have lots of luck searching far and wide for the features you want in a speaker or headphone. Which isn’t to say you shouldn’t do your research. Amazon has great return policies, but you still want to get what’s best for you.

Amazon knows that shoppers coming for Prime Day are both tech-savvy and tech-hungry, which is why some of the best discounts you’ll see on kitchen appliances trend toward efficiency. Something we see go on sale every year is Instant Pot, which lovers of soups, stews, and other one-pot meals go crazy for. While you’ll see sales on more classic items, like dinnerware and flatware, the most noticeable discounts will be on those things in your kitchen that will make guests say, “Whoa, what’s that?” Things like advanced coffee makers, air fryers, and sous vide cookers.
To wit, last year we say standard Instant Pots drop as much as by 50%, while a Wi-Fi Instant Pot went from $150 to $89. Meanwhile, a Ninja Foodi pressure cooker and air fryer dropped as much as 40% and a ChefSteps stainless steel Joule sous vide went from $185 to $125.  When it comes to the kitchen and discounts on Prime Day, look for the time-savers.

Of course, Amazon’s Fire tablet will be front and center in terms of discounts, which can be a great angle if your house or home office operates with Alexa, or you’re a heavy Prime user. The nice thing about Fire is they have specific versions for adults and kids. If you’re a dedicated Android user, keep an eye out for Lenovo tablet discounts, as well as the Galaxy Tab S7 and S7+, which we’ve yet to see heavily discounted, but should start on Prime Day.

In terms of Laptops, there is just a huge range, for every price point and application. As with other up-to-date tech, keep a close eye on last year’s models for the best discounts. You can expect to see Apple Macbook Air drop by about $100. But on the other end of things, we have laptops like Acer’s Aspire 1, which sold for less than $200 last year, or Acer’s Aspire E 15, which dropped from $425 to $289. HP Envy 13 dropped by more than 30% while we also saw significant discounts on Chromebooks, Dell XPS 13, and gaming laptops like Razer Blade 15 and Asus ROG Zephyrus S.

Our advice: Have the last-gen laptop you want picked out in advance and then browse early!

Again, here you can expect to see a lot of discounts on Amazon’s own products, specifically Ring. As this category grows, we’re seeing a large number of discounts, especially on security camera systems and smart lighting. There will definitely be large discounts on Ring cameras, and doorbells, especially the Doorbell Pro. Check out their competitors too, like Blink, and make sure you’re getting the best deal. In terms of lighting, we’ve seen Philips Hue smart light bulbs discounted, which can be a great starting point for a smart lighting system.

With recent weather trends, look for discounts on air purifiers and air conditioners; Amazon knows that they’re in high demand. Additionally, as many of us are working from home these days, keep an eye on smart alarm clocks, too.