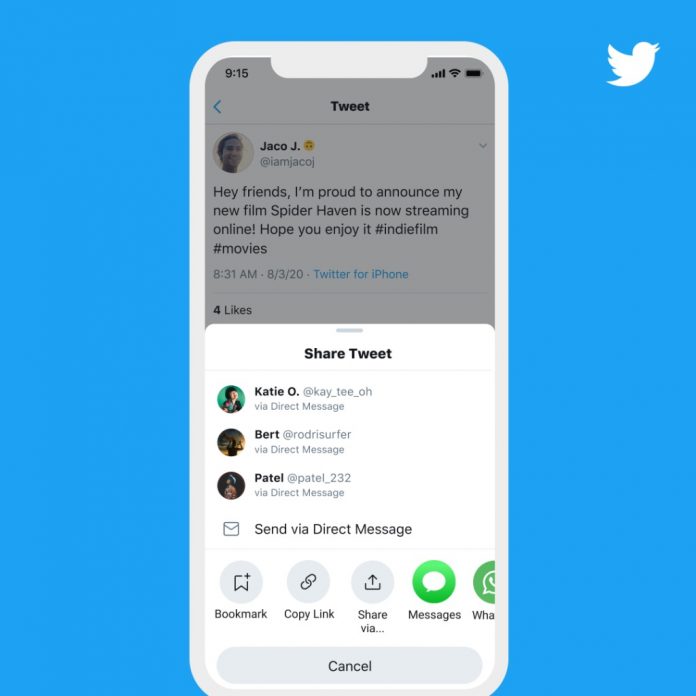 Twitter has rolled out a new Share Tweet pop-up menu in its official iOS app after it began testing the feature with some users last month.

The new-look sharing menu gives users quick access to Twitter contacts that were recently used in Direct Messages, as well as shortcuts to apps such as Messages, WhatsApp, and Gmail.

The native iOS Activity view (formerly called the Share Sheet) can still be accessed using the “Share via…” option at the end of the row of options in the Share Tweet menu, or users can long press the Action button in Twitter to bring up the Activity view directly.

The new Share Tweet definitely offers a more compact set of options than the native iOS Activity view, but users who have customized their Action extensions will note that it doesn’t provide the same customization options as the latter, and it doesn’t include AirDrop links either.