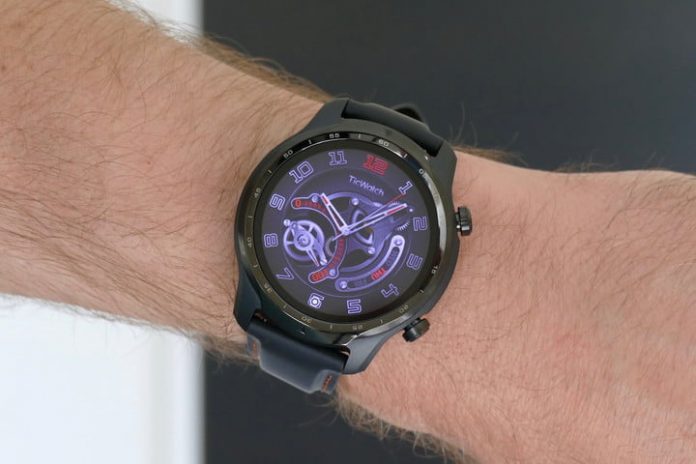 Mobvoi says its new TicWatch 3 Pro smartwatch its most advanced model yet, and a big part of this bold statement is that it’s the first to be officially announced with the Qualcomm Snapdragon Wear 4100 chipset inside. The hope is the new chip will give watches with Google’s Wear OS software a serious boost in performance. Aside from what we’re expecting from the new chip, the TicWatch 3 Pro itself is exciting, as it’s thinner, lighter, stronger, and has a higher battery capacity than the previous version.

Qualcomm has made some bold claims about the new Snapdragon Wear 4100, saying it should be 85% faster than the old Snapdragon Wear 3100 platform, and provide a 25% improvement in battery life, too. It’s effectively an entry-level smartphone chipset, which has plenty of power — the question is whether the power savings come out in real-world use. One of the core problems with the old 3100 smartwatches is how poor their battery life was.

In the TicWatch 3 Pro, it’s paired to the unusual dual-screen layout which made the TicWatch Pro and TicWatch Pro 4G/LTE so energy efficient. The main 1.4-inch screen has a second LCD screen on top of it, just like you can see in the image below. It’s used for always-on duties and very effectively extends the battery life both this way and through using special software modes.

Mobvoi says the watch’s 577mAh battery will last for 72 hours using a “Smart Mode,” but it’s not clear how many functions this will restrict to reach this time, if any. Put the TicWatch 3 Pro in Extended Mode and the battery will last for an impressive 45 days before needing a recharge. Despite the big battery the watch is still only 12.2mm thick with a 47mm case size.

On the fitness side, the TicWatch 3 Pro will track SpO2 blood oxygen, which also works when tracking sleep, plus there’s a stress monitor, a heart rate monitor, a barometer, and GPS. There are several new apps made to take advantage of all these sensors, including a mindfulness app called TicBreathe, TicSleep for sleep tracking, and new exercise modes which include mountain climbing. Of course, there’s no major update to Wear OS in conjunction with this release, so it’s otherwise identical on the core software front.

The overall design of the watch hasn’t changed much based on the pictures, with two buttons on the side of the case and a chronograph-style bezel around the screen. It only comes in a shadow black color, matched to a 22mm black silicone strap with some orange stitching. The TicWatch 3 Pro will be available through Mobvoi’s own online store for $300, or 290 British pounds.