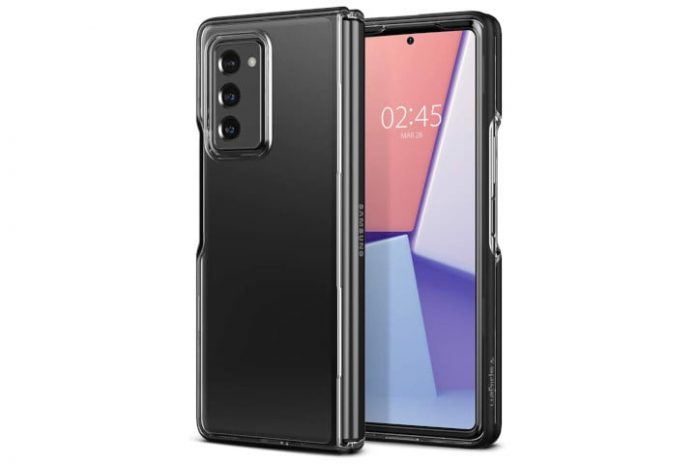 Samsung is taking strong steps toward a foldable future with the Samsung Galaxy Z Fold 2 — an updated foldable phone that takes everything we loved about the first-generation Galaxy Fold and adds some modern style with a bezel-less front screen, punch-hole selfie cameras, and an improved hinge system. But getting your hands on the future doesn’t come cheap, and the Galaxy Z Fold 2 starts from an eye-watering $2,000.

At that price, you’re unlikely to want to leave your foldable phone open to the elements, so you should absolutely invest in a case to make sure your futuristic phone makes it to, well, the future. Here are some of the best Samsung Galaxy Z Fold 2 cases we’ve found.

Samsung has really gone all in on its color schemes recently, and Mystic Bronze is the must-have color for new Galaxy smartphones — and that’s no different where the Galaxy Z Fold 2 is concerned. You definitely want to show that color (and your $2,000 phone) off, but you also want to protect your phone, so what do you do? Grab a clear case, that’s what. Spigen’s Ultra Hybrid is a gorgeous clear case that uses a crystal clear polycarbonate back to show off your phone, while also keeping it protected. A TPU bumper adds a bit of drop resistance, and raised bezels allow your phone to rest safely on surfaces. Unfortunately, there’s no spine protection, but it’s still great everyday protection regardless.

Folded up, the Galaxy Z Fold 2 is something of a thick device, so you may be hesitant to add extra bulk onto it with a case. Thankfully, that’s where skins come in. The Deep Space skin from Slickwraps puts the galaxy back into your Galaxy phone, adding a starfield effect to the outside of your phone. It’s easy to apply and remove, and the vinyl material feels good in the hand. It’s sleek and slim, but it’s worth pointing out you won’t get too much protection from a skin. It’ll add resistance to scratches, dirt, and fingerprints, but drops will still be just as dangerous.

Nothing says “executive chic” like leather, and Samsung’s official leather cover is the perfect choice if you’re looking for a case that makes a statement. It’s made from sumptuous genuine calfskin leather, and it provides excellent grip and a good amount of protection, without adding a huge amount of thickness to your device. The cover clips onto each separate part of the Z Fold 2, but doesn’t cover the spine, which is unfortunate given it costs a pretty expensive $80. Still, if you want your case to complement your style, it’s hard to beat this.

This is the second Spigen case on our list, and frankly, we’ve included it because how could we not? The Tough Armor case is a proven winner, and its combination of TPU and polycarbonate is sure to protect your phone against a variety of threats. It has a reinforced kickstand so you can prop your phone up to watch videos, and it has raised edges to protect your camera lenses and displays from dirt and grit. Again, it’s not the cheapest option out there, but it does come with scratch protection for the Galaxy Z Fold 2’s spine. It looks great, and protects very well.

If you’re looking for more serious drop protection, then UAG’s store is the place to go. The Civilian case series may sound as if it’s more casual than UAG’s usual fare, but it absolutely isn’t. The more casual style and design are backed up with some serious protection UAG is calling “HyperCush.” According to UAG, HyperCush is a combination of two shock-absorbing materials, layered together with a hexagon pattern. Together, this creates a strong drop resistance that absorbs the energies of an impact, stopping it from damaging your phone. There’s also spine protection built in, giving you all-around protection. It’s not cheap, but neither was your phone, so it’s definitely worth the money.