Home News Sudoku: The Trickiest Puzzle You Will Every Play and Why Everybody Loves...
News

Sudoku: The Trickiest Puzzle You Will Every Play and Why Everybody Loves It! 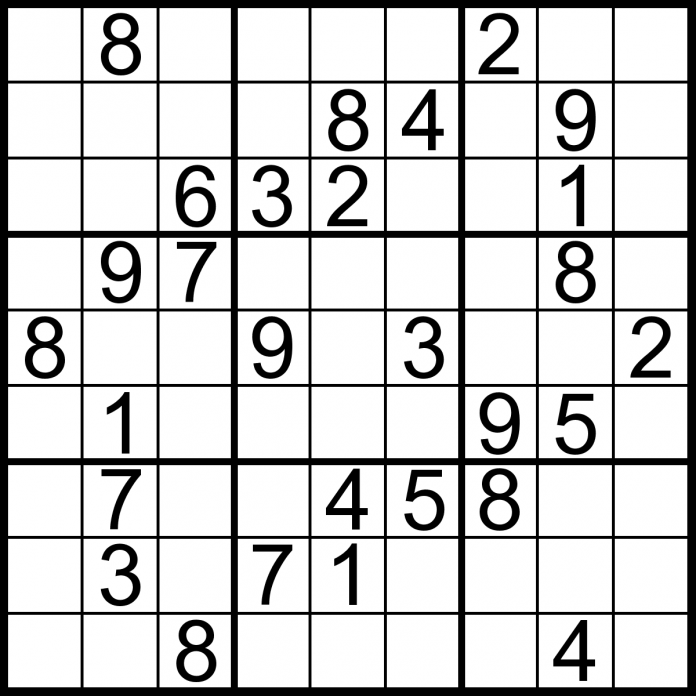 As human beings, we have an innate desire to fill the void. Even nature abhors a vacuum. This very much explains the appeal of Sudoku and why everyone loves it. The puzzle game is a fascinating pastime and an international craze. Sudoku can be played by the old or young and expert or novice. It’s immensely popular, has straightforward rules, and the gameplay is challenging.

Sudoku is a number-placement puzzle that has nothing to do with math, just the correct placement of digits, and no guesswork.

It uses a 9×9 grid with nine rows, nine columns, and nine 3×3 nonets (sub-grids or boxes). The game functions on just one rule:

Place the digits 1 through 9 so that all of these appear only once in every row, column, and box. Each puzzle comes with pre-filled numbers. The placement of these digits on the grid and how many shows decide the level of difficulty for every game.

Some levels can be solved within no time. You just have to locate the identical numbers to narrow the squares and place the missing ones. Sometimes, you might have to force a number since the adjacent squares might already contain the same. But the tricky part comes in where you’ve to apply proper Sudoku solving techniques and reach the next level.

The Appeal of Sudoku

There are two types of Sudoku players: one, who enjoy playing the game in their free time, and two, who make time to take up challenges. Both of these have a eureka moment in common, which they reach after finally placing the last correct digit.

Sudoku’s appeal is in the creativity to fill blank spaces without stressing yourself and having fun while you accomplish the given challenges.

Solving Sudoku seems relaxing, despite the complexities it presents. No math, the only logic mechanism, makes things appear less chaotic even when nothing makes sense in reality. The gameplay helps you focus on the most important spaces, leaving no time for anxious thoughts to take over.

Logic puzzles, in particular, are meditative in nature. You immerse yourself so much into the game that they become a staple in your life. Plus, these are an everyday dose of entertainment and a thrill that your mind seeks. Not to forget – instant gratification. This helps you compete with yourself and get better each day.

Attempting a challenging and tricky task like Sudoku is like your rat race for the day – you may or may not succeed. You’re in stress and also likely to take a wrong turn. But once you accomplish the goal, it’s satisfying, and that’s one big reason why people probably love Sudoku.

To experience why the world loves playing Sudoku despite the game being tricky, challenge yourself. Install a free Sudoku puzzle mobile app right away and put your logical abilities to the test.

Unlike the original Galaxy Buds, the upcoming earbuds will have active noise cancellation as well.What you need to knowA new
Read more

Best PlayStation Plus Black Friday deals: Save up to 50% on 12-month subs

Whether you are buying a PS5 or already have yourself a PlayStation 4, you are probably considering picking up a
Read more

There are thousands of great deals this weekend on all kinds of products and devices, from fun gaming systems to
Read more