Home News Should you buy the Galaxy Watch Active 2 or the Apple Watch...
News 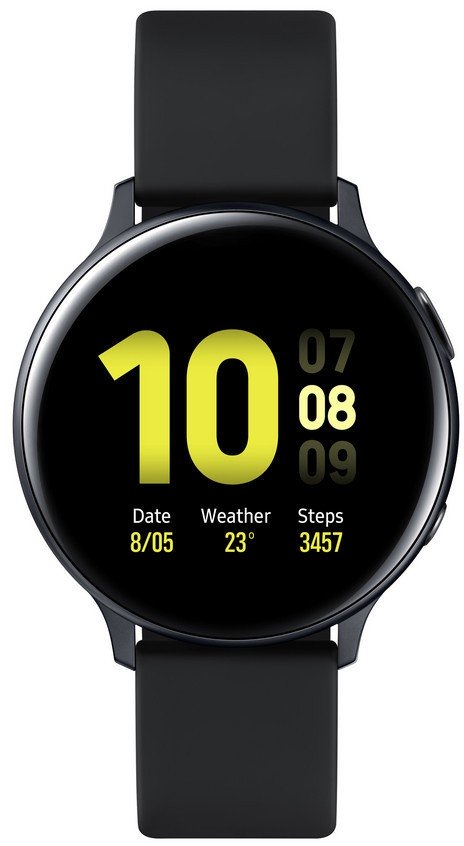 If you were left wanting more after the original Galaxy Watch Active was released, you’ll be more than pleased with its successor. You can look forward to improved sensors and better GPS accuracy, an innovative digital rotating bezel, and an updated Running Coach feature.

The best pick for Apple fans 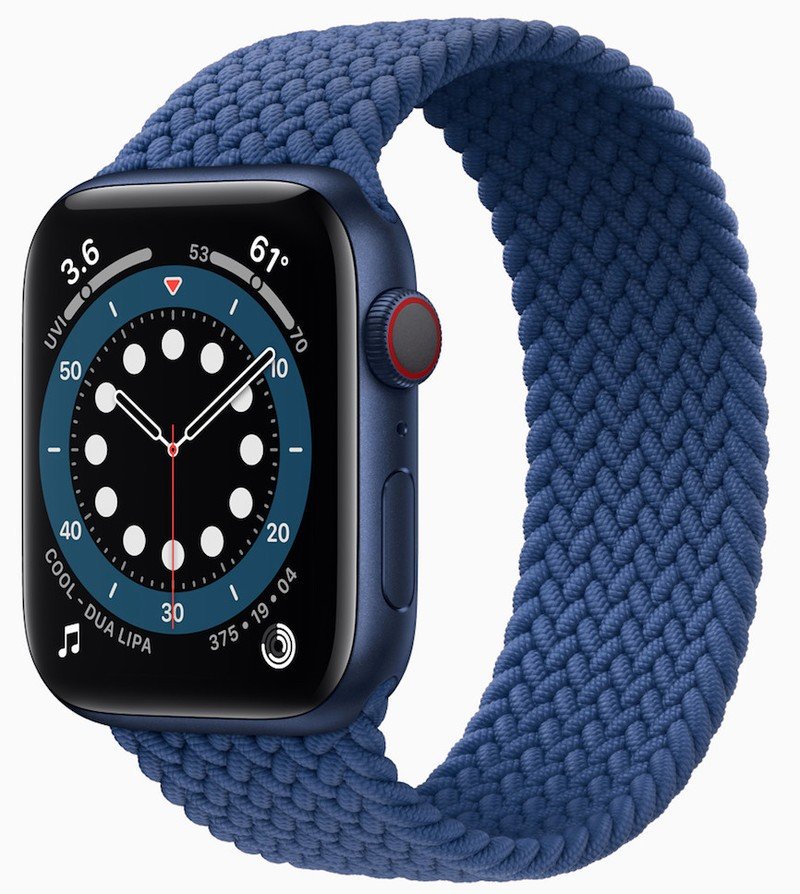 Those who already committed to the Apple ecosystem will likely lean toward the Apple Watch Series 6. It’s going to provide the most seamless wearable experience for iPhone users. You’ll enjoy endless app selection, optional LTE connectivity, and new heath/fitness updates.

It should come as no surprise that the Samsung Galaxy Watch Active 2 and the Apple Watch Series 6 are direct competitors in many ways. They’re both overflowing with features that are changing the smartwatch game as we know it, so how do you choose between the two? Most people automatically sway one way or the other when it comes to Samsung versus Apple, but it’s safe to say that these new devices are turning it into a neck-and-neck competition that’s worthy of a second thought.

Samsung Galaxy Watch Active 2 vs. Apple Watch Series 6 How do they differ? 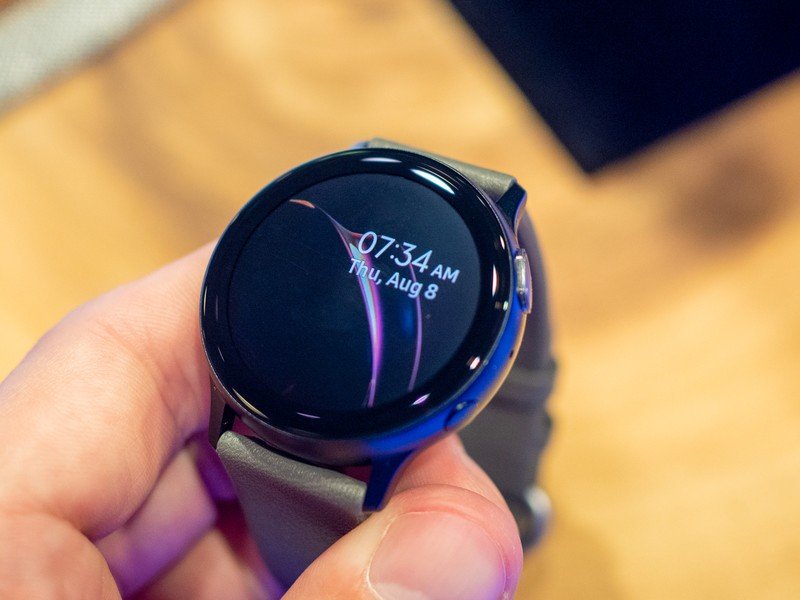 You won’t have any trouble telling these two smartwatches apart. In terms of design, the Galaxy Watch Active 2 and the Apple Watch Series 6 couldn’t be more different. Samsung offers a more traditional watch appearance with a round display while the Apple Watch has a more modern rectangular display. With that said, both of them use OLED panels. Keep in mind that LTE versions are available for both, but for the sake of this comparison we’ll be looking at the larger standard models with Bluetooth and Wi-Fi.

The Galaxy Watch Active 2 has an AMOLED display, which gives you plenty of brightness when you need it and the option to turn it down when you don’t. It’s up to you whether you want to use the always-on feature or not. If you go without, you’ll be able to squeeze some more battery life out of it. You can expect around a day or two depending on your usage. The Galaxy Watch Active 2 is available in aluminum and a more expensive stainless steel case. You can pick between a 40mm and a 44mm case size.

The Apple Watch display works differently. It uses an LTPO (low-temperature polycrystalline oxid) OLED display. The display truly is always on and will dim from time to time rather than shutting off completely. The watch is still able to deliver its signature 18 hours of battery life. This model comes in stainless steel, aluminum, and titanium with 40 and 44mm size options.

You’ll be pleased to learn that the Apple Watch Series 6 now has built-in sleep monitoring.

If you love tracking all aspects of your health, you’ll be pleased to learn that the Apple Watch Series 6 now has built-in sleep monitoring. Previously, you had to down a third-party app to track your sleep data. You’ll find that native sleep tracking is also available on the Galaxy Watch Active 2.

Another perk you’ll find on both of these smartwatches is the electrocardiogram (ECG) feature, which can detect an irregular heartbeat that may indicate a more serious health condition. Your reading can be easily shared with your physician, too. You also get blood oxygen (SpO2) monitoring on both wearables. An exciting new feature on the Apple Watch Series 6 is a new subscription service called Apple Fitness+, which offers new workouts that you can easily access from various Apple devices. What’s more, you’ll be able to see your real-time metrics on the screen during the workout so that you don’t have to continuously glance at your watch. When you buy the watch (a Series 3 or later), you’ll receive three months of Apple Fitness+ for free.

While there aren’t too many major changes from its predecessor, the Apple Watch Series 6 does have the new S6 processor. Apple states that this improvement will allow the device to run faster and for longer. If we’re talking numbers, this new processor should result in the watch running 20% faster than the previous model. 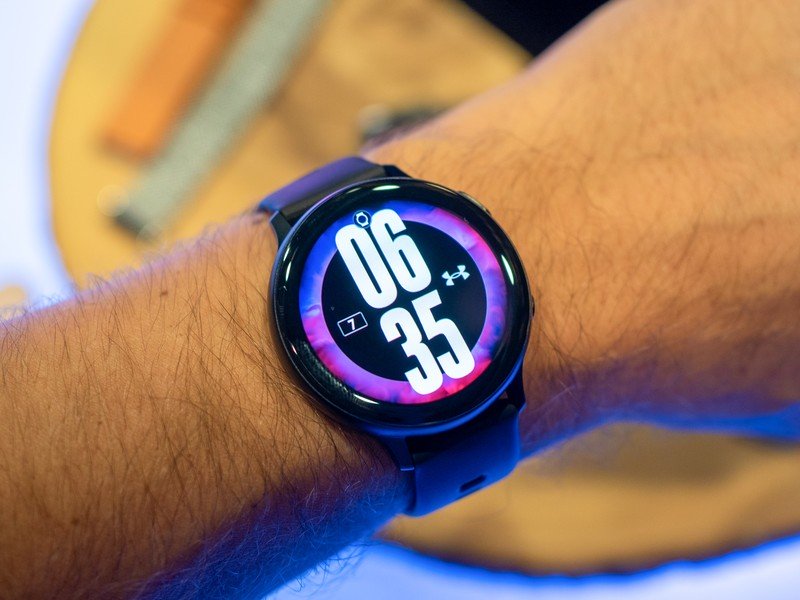 As for the Galaxy Watch Active 2, it’s safe to say this device has a lot of upgrades and differences when you compare it to the predecessor. You’ll have a more accurate LED-based heart rate monitor, an advanced accelerometer, and improved GPS, to name a few of the improvements.

The Running Coach has also improved, which now offers real-time pace metrics. You’ll get a breakdown of what you can expect from your workout session before you start. Whether you’re running, jogging, or walking, the feature coaches you via audio cues. You’ll be able to listen to them on the watch speaker or with connected Bluetooth headphones.

The latest update has made some of the Galaxy Watch 3 features available on the Watch Active 2.

The latest update has made some of the Galaxy Watch 3 features available on the Watch Active 2. You’ll have the Running Analysis feature, which helps you become a better runner, improve your form, and prevent injuries. You can also measure VO2 max, which indicates the maximum amount of oxygen that you can utilize during intense exercise.

The Fall Detection feature is present as well. If a potential fall is detected, you’ll have the option to send an SOS notification to up to four pre-designated contacts. On-wrist communication has also improved. Rather than having to rely on your phone when receiving a notification, you can now view emoticons and photos right from the watch.

Samsung Galaxy Watch Active 2 vs. Apple Watch Series 6 Which should you buy? 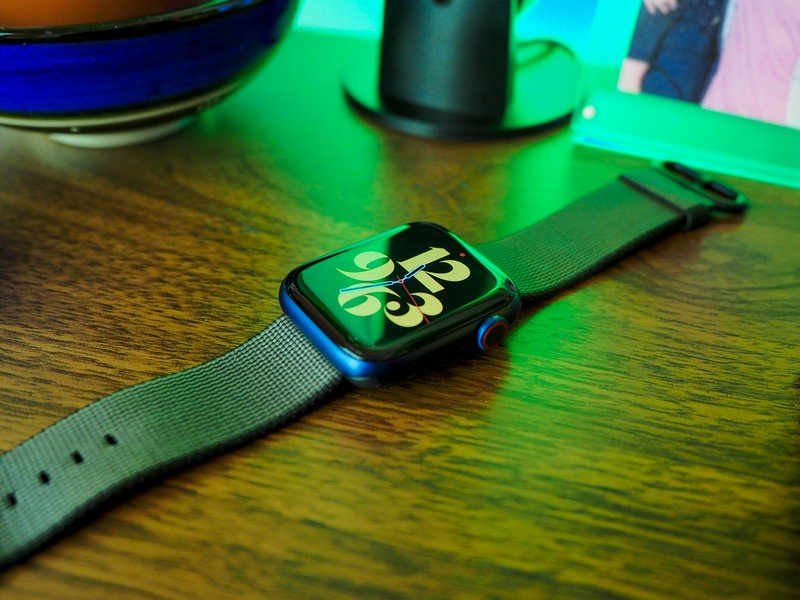 If you’re purchasing a smartwatch for the first time, this could either be one of your toughest or easiest buying decisions yet. It’s no secret that most people have a preference — Android or iOS — and that preference may carry over to wearables as well. No matter which side you’re on, both of these smartwatches have plenty to offer. You’ll enjoy several features with both, including fitness tracking, GPS, ECG, SpO2 monitoring, mobile payments, smartphone notifications, and more.

On the other hand, if you’re simply trying to decide if it’s a worthy upgrade from the predecessor to the successor, you’ll need to ask yourself what your priorities are. If you want the latest and greatest even when there aren’t many new features or changes, you’re probably going to splurge on the Apple Watch Series 6. It’s available for pre-order now with items shipping on the Sept. 18 release date.

The Galaxy Watch Active 2 has made a lot of positive changes, including the digital rotating bezel, new-and-improved sensors for better accuracy, ECG, blood pressure monitoring, and an updated Running Coach feature. All things considered, they’re both excellent options. When it comes to selecting an overall great device that proves to be a decent upgrade from its predecessor, we’re going to have to go with Samsung.

A perfect smartwatch for Samsung enthusiasts

Ready for a new-and-improved Samsung wearable? The Galaxy Watch Active 2 is one of the best options for Android users. Not only do you get a robust fitness tracking suite, but there are many other perks. You’ll have optional LTE, ECG, and blood pressure monitoring.

The best pick for Apple fans

It’ll be hard for iPhone users to find a better option than the Apple Watch Series 6. This is the most seamless experience you’ll find, after all. In addition to GPS and optional LTE connectivity, you’ll also have ECG, SpO2 monitoring, sleep tracking, and Apple Fitness+.