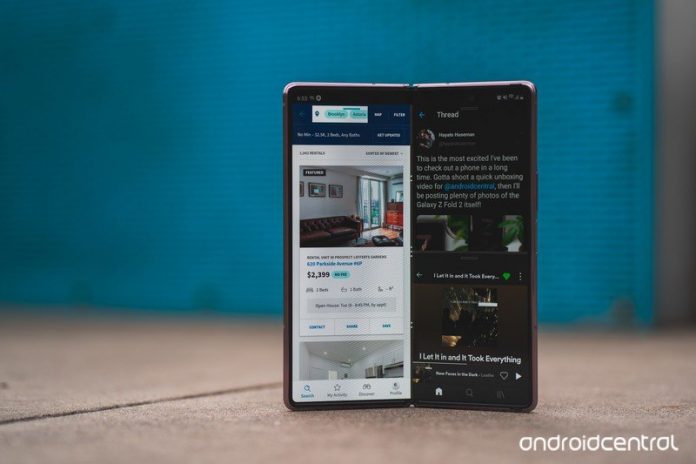 Samsung India will start accepting pre-orders for the foldable phone starting next week. 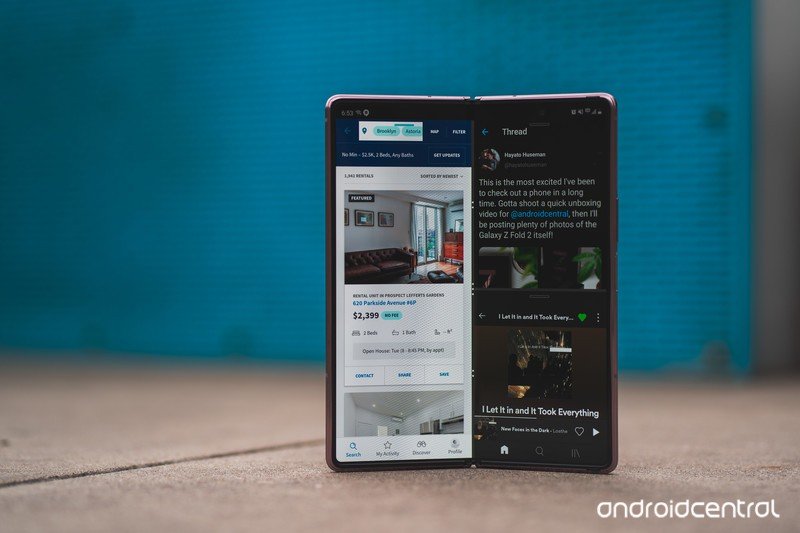 Consumers will be able to pre-order the foldable phone starting September 14 via Samsung.com and leading retail stores across the country. However, the company hasn’t confirmed exactly when the phone will hit store shelves in the country. Those who pre-order the Galaxy Z Fold 2 will get a free YouTube Premium subscription for four months and a 22% discount on Microsoft Office 365 subscription.

It is worth noting that the Galaxy Z Fold 2 is powered by the Snapdragon 865+ chipset in all markets, unlike the Galaxy Note 20 series. The Galaxy Note 20 Ultra 5G sold in India runs on an Exynos 990 chipset, which isn’t quite as impressive as the Qualcomm chip when it comes to performance and efficiency.

The Galaxy Z Fold 2 comes with a 7.6-inch main display and a 6.2-inch cover display, both featuring a centered hole-punch cutout. In the camera department, the foldable phone has a triple-lens setup at the rear with a 12MP main sensor, a 12MP ultra-wide-angle shooter, and a 12MP telephoto lens with 2x optical zoom. It also features a 10MP front camera, side-mounted fingerprint sensor, and a 4,500mAh battery with 25W fast charging.

It is also now possible to start your personal playlists just by asking the Google Assistant.What you need to knowYou
Read more

Review: FIFA 21 is a slight improvement over past titles

FIFA 21 is here with some big improvements.When it comes to the yearly FIFA video game franchise, many fans are
Read more

The phone will begin shipping in the U.S. on October 16.What you need to knowThe ASUS ROG Phone 3 is
Read more

Cut the cord: This $25 HD TV antenna grabs streams from up to 50 miles away

TL;DR: This money-saving digital HD antenna is 58% off, and provides you with a ton of high-definition content.If you’re thinking about cutting the cord, you’re not alone. Many people have, and the reasons to get away from traditional cable continue to grow. Similarly, we’ve seen a rise in people who never even bother with signing an agreement with a cable provider.While a lot of us like Hulu, Netflix, and the other streaming players, some still like the local channels for live broadcasts of news, sports, and general programming. Awards shows, season finales, and playoff games are serious business and work best live. If you’re among those aching for the live shows, listen up.There are options that let you cut the cord, or not have to worry about signing up for cable. In fact, it’s cheap, too. Consider the current offer in the AG Deals Store: the Liger HDTV 50-Mile Ultra-Thin Antenna & Amplifier. Priced just $25, it’s all you’ll ever need to spend for your local broadcasts. The Liger HDTV 50-Mile Ultra-Thin Antenna & Amplifier is super thin, easy to set up, and receives signal from up to 50 miles away.It’s easy to install; plug it in and scan for channels with one click. Before you know it, you’ll have access to the channels available in your area for news, weather, and sports.Liger HDTV 50-Mile Ultra-Thin Antenna & Amplifier FeaturesRevamped range for up to 50 milesFine-tuned frequency picks up plenty of stations10 to 15dB gain strengthens premium picturesCan be used as a TV antenna amplifier boosterThe best part of this whole deal is you only pay a one-time fee for the antenna and end up with free TV for life. Get the Liger HDTV 50-Mile Ultra-Thin Antenna & Amplifier for just $24.99, or 58% off the original cost — at the AG Deals Store.Save even more!In addition to the savings above, when you buy through AndroidGuys Deals, for every $25 spent, you get $1 credit added to your account. What’s more, should you refer the deal via social media or an email that results in a purchase, you’ll earn $10 credit in your account.If this is your first time buying, then you are also eligible for a further 10% discount when you subscribe for email updates.How about a freebie?Not looking to spend any money today? That’s alright, we understand. Why not visit the AndroidGuys section for freebies and take something anyhow? Go ahead, grab two!
Read more