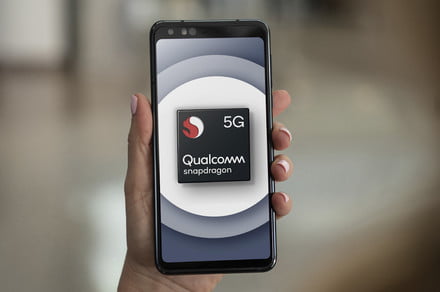 Qualcomm is finally making 5G accessible across almost all smartphone price ranges. The company has announced its plans to launch a Snapdragon 4-series chipset that supports 5G next year. Phones with 4-series chips, like the Moto E7 Plus, generally come in at under $200.

The Snapdragon 4 series is specifically aimed at international markets, and the new chip will ideally support some of the first 5G phones accessible in those markets. According to Qualcomm, 5G networks are now available in 35 countries, and that number is likely to grow over the next few years.

“Qualcomm continues to pave the way for 5G commercialization at scale, and the expansion of 5G into our Snapdragon 4-series is expected to address regions that currently have approximately 3.5 billion smartphone users combined,” said Cristiano Amon, president of Qualcomm, in a press release. “The Snapdragon 4-series 5G Mobile Platform is designed to exceed expectations for the mass-market segment by bringing an assortment of predominately high- and mid-tier features to a broader audience. It will deliver on the promise of making 5G accessible to all smartphone users.”

The new chip is likely to be used by at least a few companies in regions like India and China. Companies like Motorola, Oppo, and Xiaomi have all launched 4-series devices over the past few years, and may be among the first to adopt the new 5G chip.

Thankfully, we won’t have to wait long to see devices with the chip. Qualcomm will launch the platform in early 2021, and says that it expects phones featuring the chipset to launch in the first quarter.

Of course, launching 5G-compatible phones is really only one piece of the 5G puzzle. While 5G is becoming a little more common in the U.S., networks in countries like India still have yet to deploy widespread coverage. Even in the U.S., it’s still not necessarily worth buying a phone for its 5G support alone — though most flagship devices these days support the new network.

We’ll have to wait and see how many devices actually make use of the new chipset, and whether or not it will help drive 5G adoption. With the new chipset, Qualcomm now integrates 5G into its 8-series, 7-series, 6-series, and 4-series lines of phones.