Portland bans private and public use of facial recognition tech 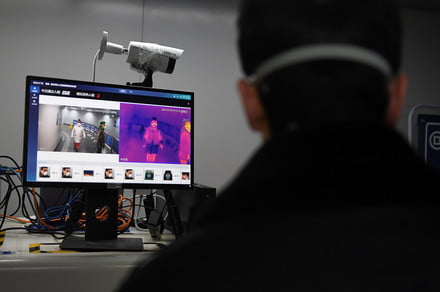 Portland, Oregon has become the first city to declare facial recognition tech unlawful. The city’s legislators have unanimously voted to pass a sweeping new law that bans both the private and public use of facial recognition.

While other cities such as Oakland, San Francisco, and Boston have already prohibited government agencies from employing facial surveillance technology, Portland is the first that has outlawed its private use.

“Portlanders should never be in fear of having their right of privacy be exploited by either their government or by a private institution,” said Portland Mayor Ted Wheeler (via OneZero) during the hearing. “All Portlanders and frankly all people are entitled to a city government that will not use technology with a demonstrated racial and gender bias which endangers personal privacy.”

The city’s council has established the new legislature as two ordinances. One of them comes into effect immediately and bans facial recognition tech inside city bureaus including law enforcement departments. Bureau heads have also been asked to submit a complete assessment of their facial recognition usage within 90 days.

The second one goes live next year in January and prohibits privately owned places accessible to the public, such as stores, banks, Airbnb rentals, entertainment establishments, restaurants, and more from using facial recognition technologies.

What’s more, the new legislation enables Portland citizens with the right to sue for the unlawful use of facial recognition by non-compliant private entities. This part especially has said to have been opposed heavily by business groups including Amazon that reportedly spent $24,000 lobbying the city’s council commissioners against the ban.

Facial recognition tech has been repeatedly criticized and found to have a race bias — leading to wrongful arrests and convictions. “Technology should not amplify existing bias and perpetuate racism. It can and should be a tool to help solve these social ills,” stated Portland City Council Commissioner Chloe Eudaly at the hearing.

Several tech companies including IBM and Microsoft have withdrawn their facial recognition research and products. In June earlier this year, Microsoft announced it would not sell its facial recognition surveillance software to law enforcement. With this legislation, Portland sets a much-needed precedent for the rest of the states but it remains to be seen whether any more cities follow.

Facebook
Twitter
Pinterest
WhatsApp
Previous articlePixel 4a is now on sale in Canada, UK, Australia, and other global markets
Next articleMotorola refreshes Razr ahead of wider release