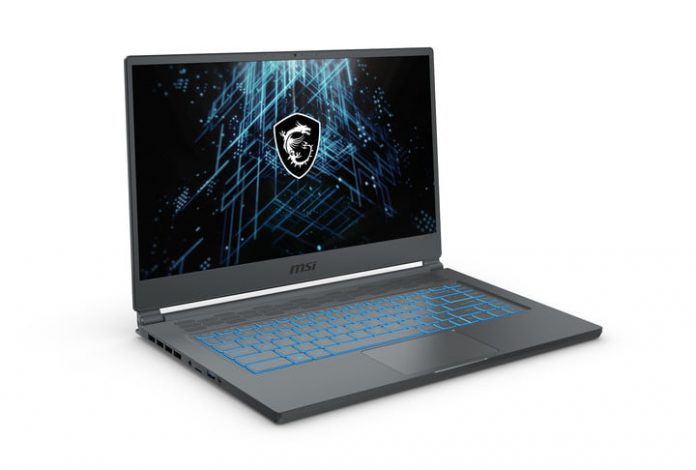 The days of toting around a big, bulky laptop to squeeze out all the performance and power you need for gaming on the go are long over. MSI has announced its new Stealth 15M laptop, which the manufacturer claims to be the world’s thinnest 15-inch gaming laptop at 0.63 of an inch in thickness.

The Stealth 15M is practically as thin as an Ultrabook and manages to be just a hair slimmer than the 0.64-inch-thick Apple MacBook Pro 16-inch. Weighing in at just 3.92 pounds, the MSI Stealth 15M claims to be just as powerful as it is portable. This is a laptop that is capable of delivering all the performance you need while still managing to be travel-friendly. To help keep the weight down and add to the Stealth 15M’s premium feel, MSI used an all-aluminum chassis. The laptop comes in either pure white or carbon gray color options.

Under the hood, you will be getting some of the latest silicon available, so performance should not be an issue. The laptop comes equipped with an 11th-Gen Intel Core processor, meaning you’ll benefit from both PCIe Gen 4 and Thunderbolt 4 connectors for faster data loading. And if you game at a desk, a single Thunderbolt 4 cable will help you drive your display, get power, and also connect to compatible wired peripherals.

On the GPU side, gamers will benefit from discrete Nvidia GeForce RTX 2060 or a GTX 1660 Ti, depending on the model. These graphics cards are great for gaming or some light creative work on the go. The Steealth 15M also comes equipped with a 15.6-inch FHD IPS panel with a 144Hz refresh rate to ensure that your screen can keep up with fast scenes in a game.

In addition to the Stealth 15M, MSI also launched its new Summit, Modern, and Prestige laptops. A few of those models are also certified for the Intel Evo badge.