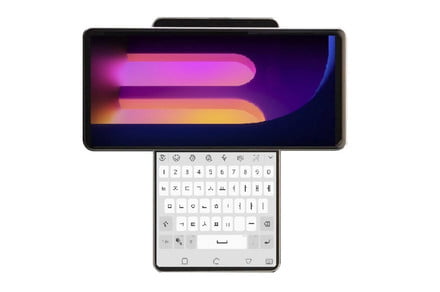 LG confirmed that the long-rumored LG Wing is on its way, with the smartphone to be unveiled in an online event on September 14.

LG said that the LG Wing will be the first product under the Explorer Project, which is the company’s new mobile category for “discovering new ways to interact with mobile devices, focusing on the evolving and ever-changing needs of today’s consumers and challenging established user norms,” according to a press release.

The LG Wing will feature “a new and different form factor” that is impossible for traditional smartphones, according to LG, without revealing more details about the device. However, a promotional video that was previously released for the company’s September 14 event features a glimpse into the design of the LG Wing, confirming rumors that the smartphone will feature a rotating display.

The LG Wing will reportedly feature a 6.8-inch main screen that can swivel to make a T-shape with a 4-inch secondary screen, South Korean publication ET News reported in May. Videos that showed the LG Wing in action surfaced in late August, acquired by Android Authority.

The LG Wing will reportedly not come cheap though, as it will be offered at a price of $1,000, a source told XDA Developers.

The LG Wing is the next entry in the company’s long line of innovations, which are not solely focused on the mobile phone industry.