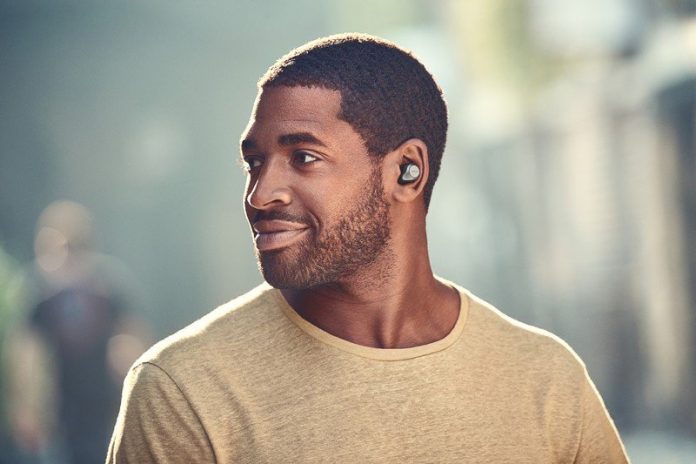 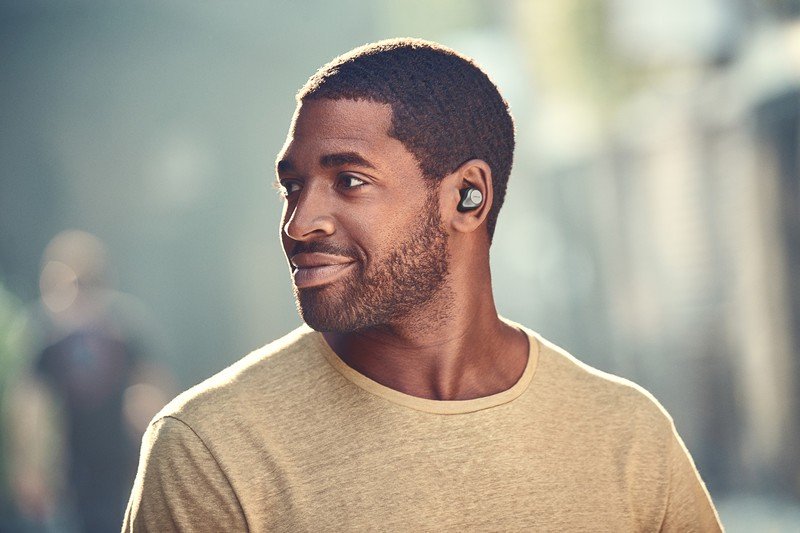 Last year’s Elite 75t get ANC, too, through a software update.

Atop our list of the best wireless earbuds you can buy right is the Jabra Elite 75t, followed closely behind by its workout-optimized Elite Active 75t. Combining portability, sound quality, battery life, call quality, and physical controls into a fairly-priced package, Jabra’s latest earbuds have almost everything you could want. Everything except ANC.

Well, Jabra is righting that wrong nearly a year after the earbuds’ release thanks to a firmware update that activates a set of Qualcomm algorithms, bringing active noise cancelation to true wireless earbuds that didn’t have the feature at launch.

“We are excited to take our current users on the ANC journey with us with a free upgrade to their existing Elite 75t products – leading the charge as the first global brand to execute this over-the-air update,” said René Svendsen-Tune, Jabra’s CEO. Starting in October, new buyers of the Elite 75t and Elite Active 75t will get the feature out of the box, but existing owners will need to go through the Sound+ to download the update. 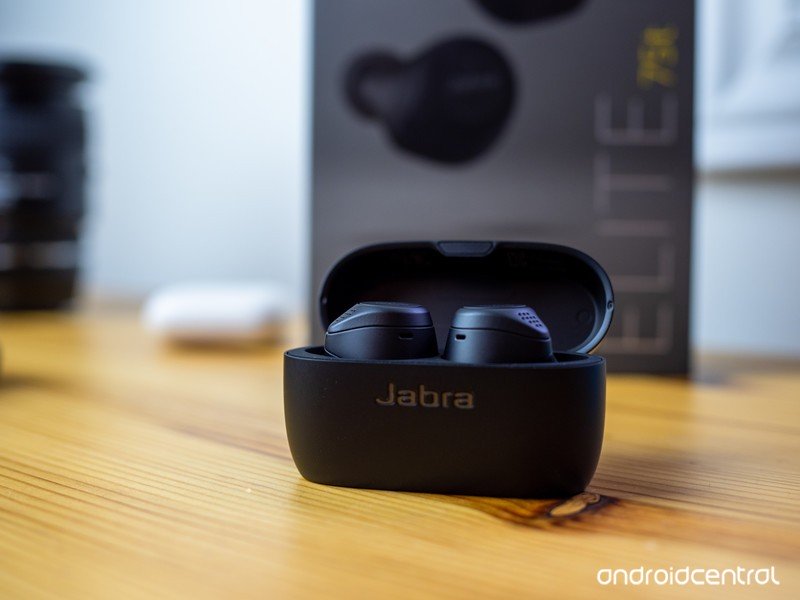 ANC will cut down listening time by two hours, shortening it to 5.5 hours, but functionality is otherwise unchanged. Jabra acknowledged to me during a briefing that the ANC quality won’t be flagship-quality, but most people will benefit from the additional noise isolation.

The excellent Jabra Elite 75t earbuds are getting active noise cancelation through an software update sometime in October.

Where that flagship-quality ANC comes into play is through the new Elite 85t, coming to market in November for $229, though pre-orders open later next month. The 85t resembles the 75t in many ways, but the earbuds themselves are slightly wider, owning to larger 12mm drivers and an air vent that modulates pressure and balances the ANC with passive isolation. Jabra says that not only should the 85t sound significantly better than the 75t, but the addition of two extra microphones (for a total of six) ensure clear phone calls by blocking out more background noise.

Unlike the ANC in the 75t, which wasn’t designed for the feature in the first place and only has an “on/off” duality, the Elite 85t have several adjustable levels of noise cancelation, from complete isolation to the HearThrough-powered transparency mode that rivals Apple’s AirPods Pro for realism. Jabra said that it needed to make the Elite 85t “semi-open”, letting air in from a side vent, to ensure that the ANC worked as well as possible, since a total seal in the ear can be uncomfortable and disorienting when adding the digital cacophony of white noise (which is essentially what ANC is). 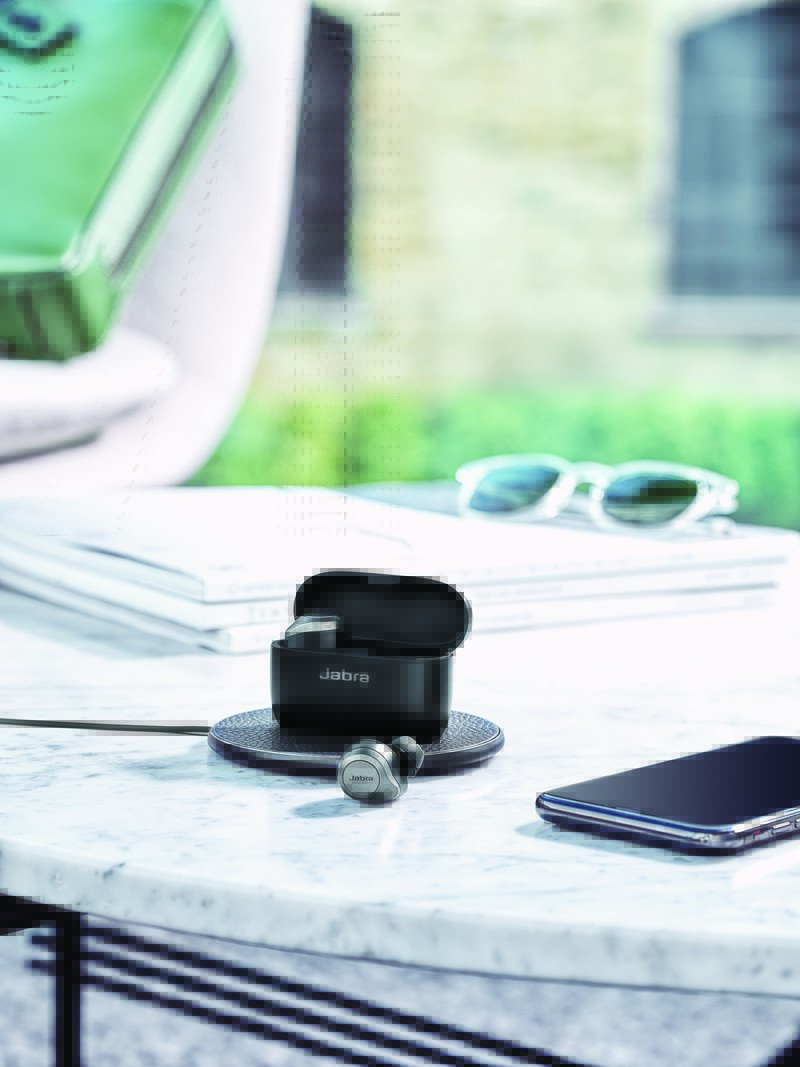 Other perks of the Elite 85t include a wireless charging case, something that was promised for last year’s model but never really arrived, as well as seven hours of battery per earbud with ANC disabled, and 5.5 hours when it’s enabled.

The Elite 85t does make some sacrifices to hit its improved sound quality metrics, though. This year’s earbuds are only IPX4 rated, down from the IP55 rating of the Elite 75t. This means that while you’ll be able to withstand splashing water — say a burst of rain or dropping them in a puddle briefly — the buds themselves won’t hold up to sustained water ingress like their predecessors. It’s also unclear if the lower IP rating will affect how well the buds stand up to sweat in the long-run.

The Elite 85t improves on almost everything from the 75t, but there are a couple of regressions.

Also slightly disappointing is the reduction in battery life for each bud, from 7.5 hours to seven hours, when ANC is turned off. It’s unclear whether there’s a smaller battery inside each earbud or whether a similar-sized battery uses more juice to power a driver twice the size as last year’s, but a reduction is a reduction all the same. Still, with 31 hours of total case battery charge, it appears Jabra is making up for it at the source. Plus, Qi wireless charging is a nice bonus.

Then there’s the fact that the Elite 85t still can’t do independent wearing; you’ll need to wear the right bud exclusively if you want to listen in mono mode. I was truly disappointed when I heard this, especially since Jabra promised (and failed to deliver) the same feature in the 75t. But Jabra says there’s a reason for this limitation: instead of using Bluetooth to connect the two earbuds to one another, which can potentially cause sync issues between them, the Elite t series going all the way back to the Elite 65t uses nearfield magnetic induction to connect them, a very reliable short-wave signal that makes it incredibly difficult for the left earbud to connect directly to the phone itself. 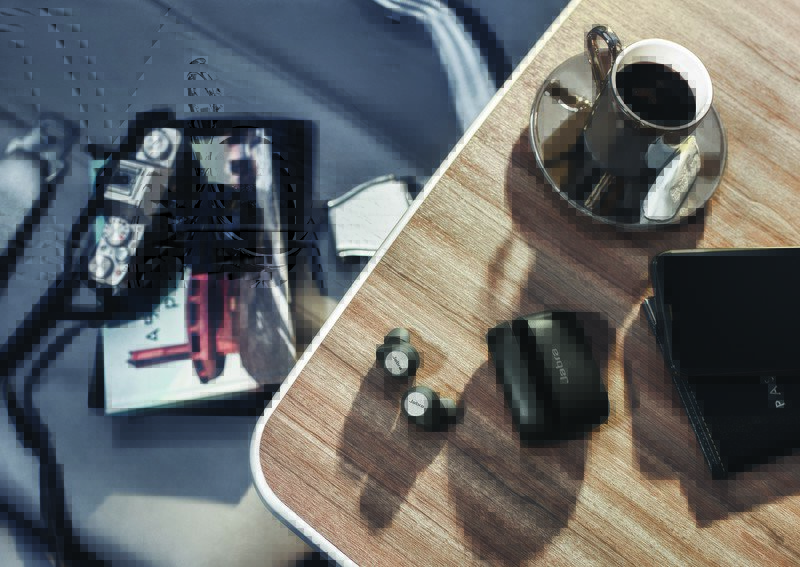 Jabra spelled it out for me simply: would you rather have a rock-solid connection between the two earbuds all the time, even in areas where there’s tons of Bluetooth interference, and be limited to using only the right earbud in mono mode, or have the earbuds communicate with the phone directly and potentially have sync issues when both are being worn. Given that I’ve found exactly that problem with the Pixel Buds, I’m inclined to take what Jabra’s offering. Still, I know a lot of people, including me, aren’t going to be thrilled with this revelation in 2020, especially when basically every other decent pair of wireless earbuds on the market offers independent playback.

Nonetheless, I’m excited about every other aspect of the Elite 85t. The 75t, in a year of exceptional wireless earbuds, are still my favorite day-to-days, and the 85t seem like a solid, if unsurprising, update.

The Jabra Elite 85t go on sale in November for $229 in Titanium/Black, with Gold/Beige, Copper/Black, and Grey & White offerings coming in January 2021.

You can get these in the meantime 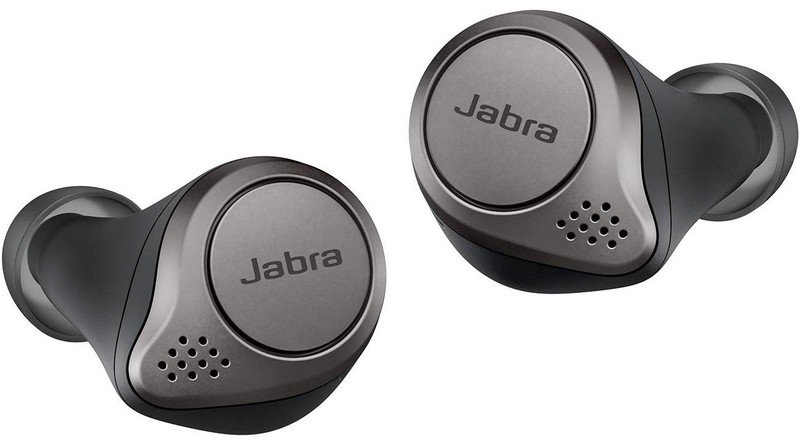 The Jabra Elite 75t are by far the best wireless earbuds when it comes to sound quality, battery life, comfort, and portability.