Home News Is the Moto G Fast's price enough to make it a winner...
News

If you’re shopping for a new Android phone and want something that’s a great value, it’s hard to do better than the Pixel 4a. Google has virtually perfected the budget smartphone formula, with the Pixel 4a delivering a fantastic camera, great display, long-term update support, and a ton more for just $350. No matter how you slice it, it’s a darn good purchase.

Motorola’s Moto G handsets are among the most popular when it comes to low-cost devices, and the Moto G Fast is one of the latest entries in the series. The G Fast makes quite a few compromises compared to the Pixel 4a, offering a worse camera, a lower resolution display, and just one promised update. The flip side, however, is that it’s dirt cheap.

Overall, we have to give our top recommendation to the Google Pixel 4a. Just like the Pixel 3a before it, the 4a redefines what we should expect from budget/affordable smartphones. It’s built really well, is plenty fast, the OLED display is excellent, and its camera quality is every bit as good as flagships that cost over $1,000. The Moto G Fast, on the other hand, makes a few too many compromises in its quest to be as cheap as possible. It’s a decent pick if money is especially tight for you, but if you afford the Pixel 4a, it’s the phone to get.

Google Pixel 4a vs. Moto G Fast Price and availability 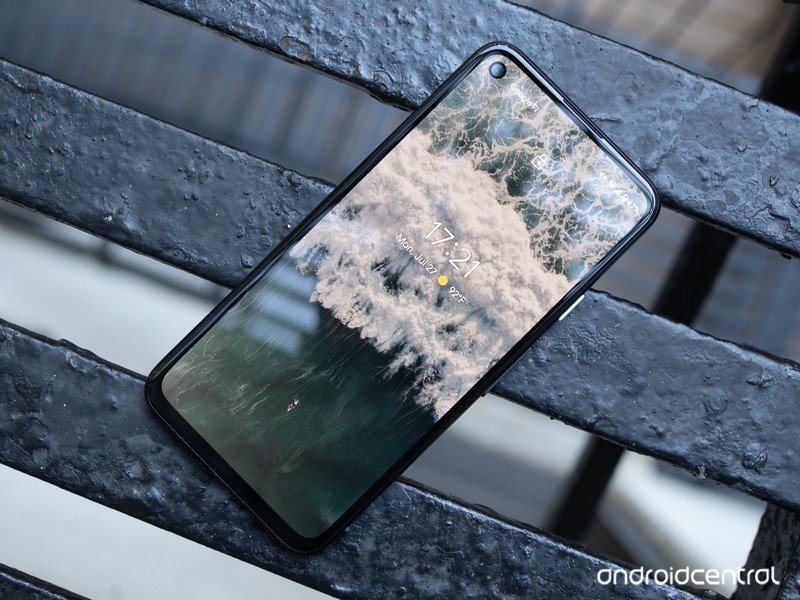 Let’s kick things off by talking about how much these two phones cost and where you can buy them.

The Google Pixel 4a has a retail price of $350 and is readily available for purchase at Amazon, Best Buy, and the Google Store. It’s compatible with every major carrier in the U.S., so regardless if you use AT&T, T-Mobile, or Verizon, you can use it without any issues.

As for the Moto G Fast, it has a much lower retail price of $200. Even better, Motorola has been known to regularly discount the phone to as low as $170. Just like the Pixel 4a, you can purchase the Moto G Fast at a wide variety of retailers (Amazon, Best Buy, B&H, and Walmart) and use it on any carrier you’d like.

Google Pixel 4a vs. Moto G Fast The Pixel 4a is the best Android value of the year 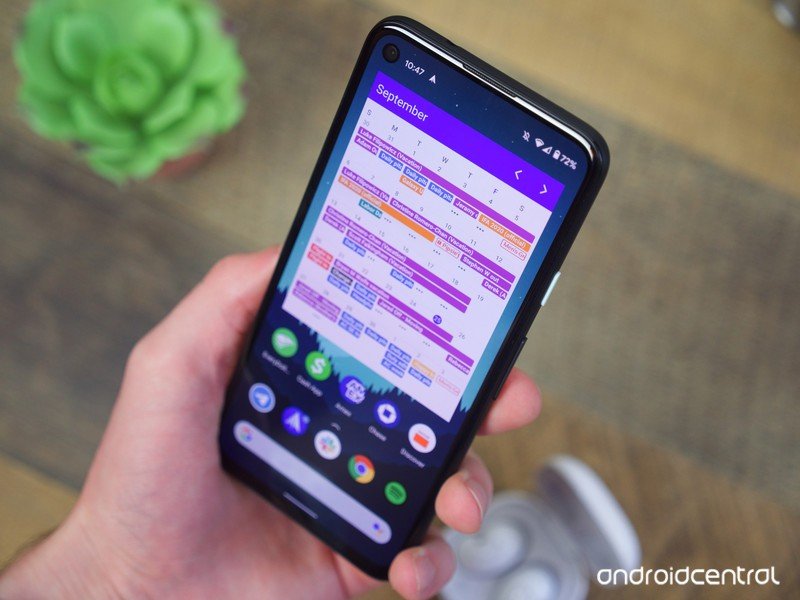 Rather than beat around the bush, we’ll just come out and say it. The Pixel 4a is the best value phone of the entire year — and a strong contender for one of the best Android phones overall. It’s not perfect, just like any phone, but the mix of specs, features, and overall user experience you’re getting for this little amount of money is seriously impressive.

Let’s start with the elephant in the room, which is the Pixel 4a’s camera. The 12.2MP sensor doesn’t sound very impressive on paper compared to the Moto G Fast’s three-camera array, but the quality difference is astounding. Even compared to the primary camera on $1,000 flagships, the Pixel 4a holds up admirably well. Colors are great, the detail is sharp, and it handles challenging lighting situations like nothing. Regardless of price, it’s one of the best smartphone cameras out there.

If you aren’t that concerned about photo quality, don’t worry — there are plenty of other reasons to get excited about the Pixel 4a. It has a gorgeous OLED display, the Snapdragon 730G allows for fast performance, and the battery easily makes it through a full day of use. There’s no option for expandable storage like you get on the Moto G Fast, but the Pixel 4a offers substantially more built-in storage at 128GB compared to just 32GB. 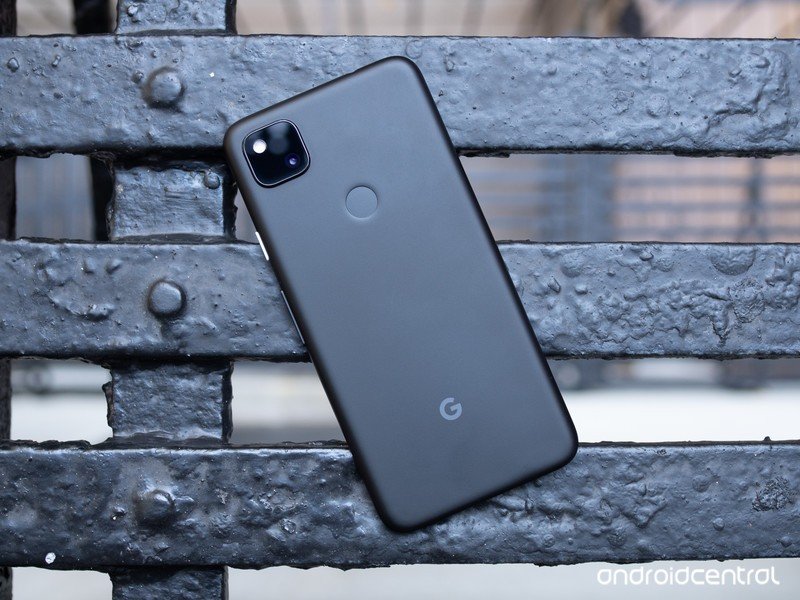 On the software front, the Pixel 4a knocks out an easy home run. Not only is the out-of-the-box software experience fantastic with a clean design and helpful features (like Now Playing, which constantly identifies songs playing in the background), but the Pixel 4a is also backed by three years of major OS updates and monthly security patches. In other words, you can buy the Pixel 4a today and rest assured Google will keep it fresh and secure for years to come.

Finally, we also like the Pixel 4a because of the smaller niceties it brings to the table. The small size means it’s easy to use with one hand, you get an NFC chip for contactless Google Pay support, and the 18W wired charging speeds allow for decently fast charge times.

Google Pixel 4a vs. Moto G Fast If money is tight, the Moto G Fast is a great alternative 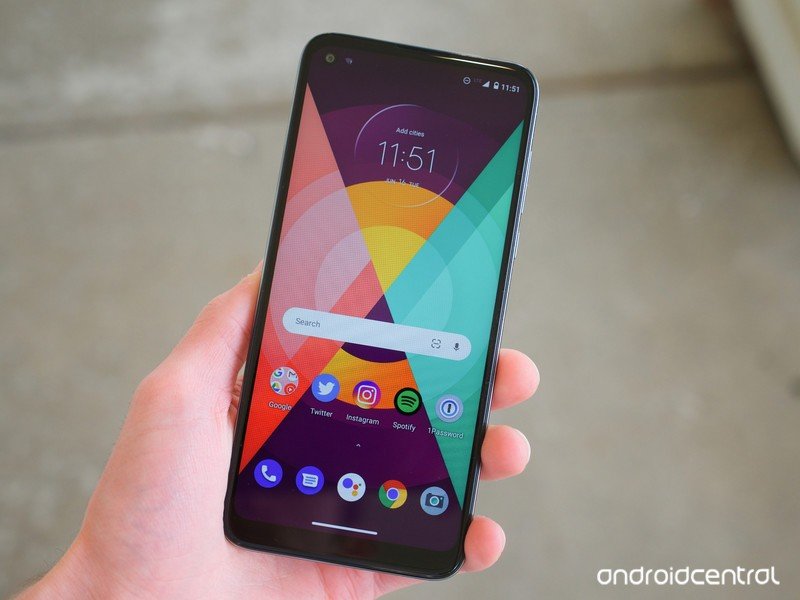 It should be pretty clear at this point why the Pixel 4a is so great, so let’s now shift gears and talk about the Moto G Fast. Compared to the 4a, the big draw to Motorola’s handset is its price. While the Pixel 4a certainly isn’t expensive, the Moto G Fast does manage to be quite a bit cheaper. If you have a maximum phone budget of around $200 and the Pixel 4a is out of reach, the G Fast is a fine purchase. It’ll run all of your apps, keep you connected with loved ones, and do so while providing a pretty enjoyable experience.

If you can choose between either phone, however, the G Fast is worse than the 4a in just about every regard. Its LCD display has worse colors and a much lower resolution, the Snapdragon 665 processor and lesser RAM results in slower performance, there’s substantially less storage, and camera quality is nowhere near as good. There’s also no NFC chip, which means you won’t be using Google Pay any time soon. The Moto G Fast does have the edge over the Pixel 4a in regards to battery life, but that’s about it. 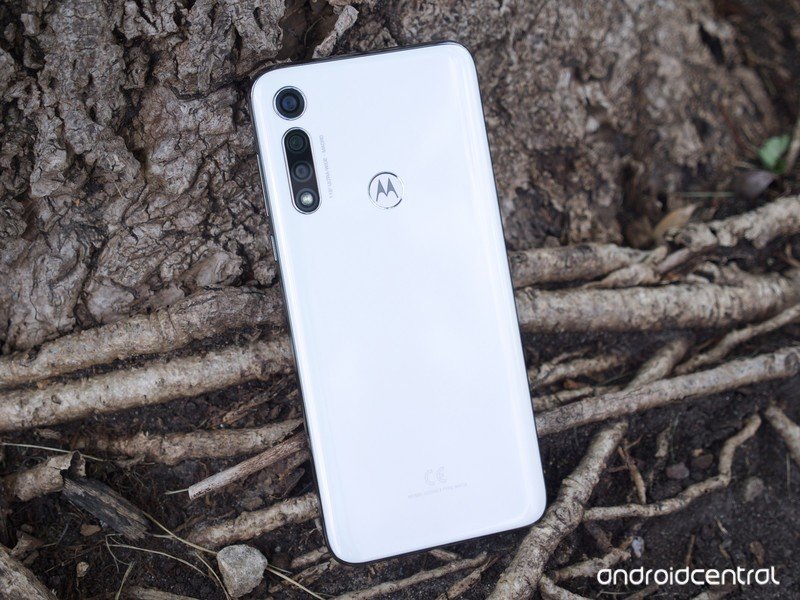 Perhaps the greatest sin of the Moto G Fast is the update policy it abides by. Motorola promises just one OS update for the phone, which means the update to Android 11 is the one and only major update it’ll ever see. Combine that with inconsistent security patches, and the G Fast is not a phone that was designed with long-term ownership in mind. Not everyone cares about having a phone with the latest Android version, but when companies like Google and Samsung can deliver three years of support for mid-range/value phones, there’s no reason Motorola can’t do the same.

In conclusion, the Pixel 4a is the phone to get in this particular comparison. The Moto G Fast is a fine smartphone that offers a good amount of value for its ultra-low price tag, but if you have the ability to purchase either phone, the Pixel 4a is just so much better. Whether you’re interested in it for the top-notch camera or long-term software updates, it’s a remarkably good deal for $350.

Value phone of the year

We hyped up the Pixel 4a a lot in this comparison, and it’s all well-deserved. If you want a good, cheap phone that does everything you want without major compromises, it fits the bill perfectly. Between the excellent camera, display, performance, and software, there’s just so much to like about this thing.

Compared directly to the Pixel 4a, the Moto G Fast is an objectively worse device. It has lesser specs, lacking features, and a much less appealing software update policy. The G Fast is a solid device for folks with a very limited budget, but if you’re able to choose this or the Pixel, we know which one we’d get.