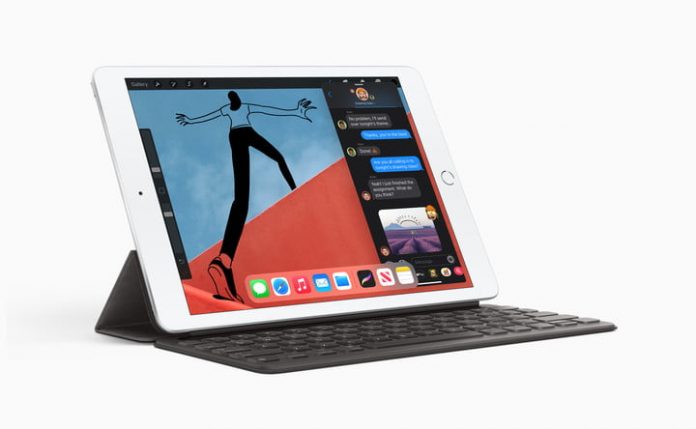 After hints and rumors, Apple has officially unveiled the iPad Air fourth-generation tablet and announced a new, eight-gen iPad (simply called iPad or iPad (2020)). That means that anyone looking for a standard-sized iPad (as opposed to the larger iPad Pro or the smaller iPad Mini) now has two choices: The iPad eighth-gen model and the iPad Air 4.

At a glance, these two iPads look very similar but trust us: There are many key differences, both externally and under the hood. Here’s what you should know.

While the two iPads may look very similar, there are some slight design differences. The Air 4 is slightly shorter (9.74 inches to 9.8 inches) and slightly wider (7 inches to 6.8 inches). It’s also thinner at 0.24 inches to 0.29 inches and slightly lighter at 1 pound versus 1.08 pounds. (Another important design difference is the new camera, which we’ll talk about in detail below.) The big difference is the new bezel-less screen design on the iPad Air 4, and it means the new Air looks a lot more modern than the standard iPad.

iPads are all about their touchscreen displays, and the Air 4 has a serious advantage over the new iPad. The Air 4 comes with a 10.9-inch LED Liquid Retina Display sporting a 2360 x 1640 resolution. The iPad has a slightly smaller 10.2-inch LED screen with a Retina display and a 2160 x 1620 resolution. However, it’s important to note that both have the same pixels per inch measurement. Both offer a max brightness of 500 nits, but the Air 4 does add a fully laminated display and anti-reflective coating, as well as better color accuracy, for an overall better look in almost every way.

The iPad eighth-gen sticks with the traditional Lightning cable attachment for charging. However, the Air 4 joins the iPad Pro by using a USB-C connection instead. Not only does this provide a lot more versatility in charging options, but it can be used to transfer data, which adds a lot of usability, especially for more complex projects.

We also need to talk about model color: The new iPad is available in three colors — silver, Space Gray, and gold. The Air 4 is available in silver, Space Gray, rose gold, green, and Sky Blue, so you certainly have more options there. Durability is likely to be about the same, with no water resistance on either. But really, you shouldn’t be taking an iPad near the pool anyway.

With a better-looking design, upgraded display, and a USB-C connection, the Air 4 wins here.

The Air 4 comes with an A14 Bionic chip with Neural Engine, and that’s more important than it may appear. The A14 chip represents a significant upgrade to processing power, with 11.8 billion transistors and a new six-core design that leads to a 40% performance increase over the A13 chip and a 30% increase in graphics processing. Plus, Apple reports its Neural Engine tech is twice as fast as the A13 and has 10 times faster machine learning calculations.

Keep in mind that the iPad eighth-gen is shipping with the A12 chip, so the differences are even more stark. If you want a fast iPad that can handle a variety of functions at once, the Air 4 is the clear choice here. However, it’s important to note the standard iPad still has enough power for everyday tasks and most games you’ll want to run.

When screen size and processing power increase, there’s always the possibility that they’ll take up more battery life. And while battery performance depends on a lot of variables, Apple has managed to keep expected performance about the same between these two iPads. Both are rated for up to 10 hours of average web activity/watching video on Wi-Fi. That drops to nine hours for those using a cellular data network.

With a more powerful processor, the iPad Air 4 takes the win here.

The camera on iPad models can be used for tracing, captured whiteboards or notes, creating an amateur movie, grabbing a panorama shot, and identifying everything from stars to math problems. If that sounds interesting to you, the Air 4 is probably a better choice. While the iPad eighth-gen comes with an 8MP camera lens, the Air 4 comes with a significant upgrade to a 12MP camera lens that’s going to be better at capturing detail. It also has a much better selfie camera lens, which is going to be important if you make a lot of video calls with your tablet.

Software is somewhere where it’s harder to split the two devices, as both use Apple’s iPadOS, its newest OS. Since iPadOS is built around tablet use, you’ll find a lot of great features you wouldn’t expect on the smaller screen of an iPhone, including split-screen modes and mouse support. iPadOS 14 is the latest version of iPadOS, and both iPads support this new update. Both are likely to get the same new versions of iPadOS going forward, and at roughly the same time, making this round a draw.

iPads are no strangers to special features, and an iPad is often only as strong as its accessories. If you are interested in a keyboard attachment, the iPad Air 4 is compatible with the latest Magic Keyboard and Smart Keyboard Folio. The Folio, in particular, is an impressive piece that adds a trackpad, making your iPad into more of a laptop. Combined with the new iPadOS support for a cursor (a small bubble cursor made to be friendly for iPad tasks), this allows you to get one step closer to laptop-like performance. The iPad, meanwhile, is only compatible with the more limited Smart Keyboard, although that still gives you all the typing functionality you need.

When it comes to the Apple Pencil, the iPad is designed to work only with the first-gen Pencil, while the Air 4 is specifically designed for the second-gen Pencil, so make sure you match up the right models. The second generation of Apple Pencil also comes with some advanced features like wireless charging, making it a must for anyone with serious scribbling to do.

The iPad (2020) is available starting September 18, 2020, and the iPad Air 4 will arrive on shelves in October 2020, in plenty of time for the holidays. However, the upgraded specs on the iPad Air 4 have led to significant price differences. You can purchase the iPad 32GB base model, Wi-Fi only, at $329 (going up to $429 with storage increased 128GB), while adding cellular capabilities bumps the starting price up to $459.

The Air 4, on the other hand, starts with a 64GB model at $599 (increasing to $749 with a bump in storage up to 256GB), and adding cellular features to it increases the base price to $729. Part of the reason such a significant price disparity exists is that the Air 4 can come with so much more storage, a better screen, and, of course, the greatly improved processor.

The iPad Air 4 offers significant upgrades in almost every way compared to the new iPad — but you have to pay for it. That price difference — more than $250 between base models — is probably going to be the deciding factor for many buyers. Overall, the Air 4 is by far the better choice for professional work or juggling multiple tasks, but the iPad remains a strong choice for those who want a reliable tablet accessory and are interested in saving money.