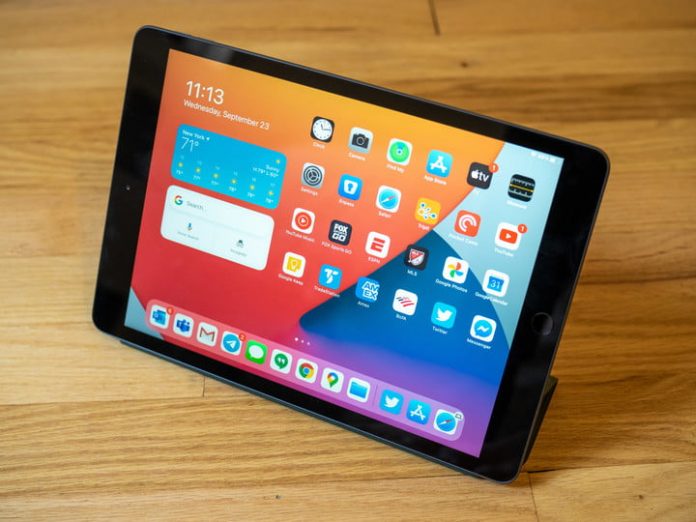 The eight generation of iPad, the iPad (2020), is here, and the casual observers among us may be hard-pressed to spot a glaring difference from the iPad (2019). The two Apple tablets look the same, feel the same, and have nearly identical specs. You’d almost be forgiven for thinking they’re the very same device.

Of course, they aren’t exactly the same, and while some of us may be disappointed by the lack of innovation on the display with the latest standard iPad, it nonetheless succeeds in delivering the core iPad experience at an accessible price. It has a colorful and sharp display, very strong battery life, and great software. At $329, it’s a relative steal compared to some of the pricier iPad models (such as the iPad Pro 12.9-inch).

The thing is, is it better than last year’s iPad? Is any difference in quality enough to compensate for the savings you can probably now find online for the iPad (2019)? We answer these burning questions by comparing the two iPads over a range of categories. By looking at their displays, designs, performance, camera, battery, and price, we should hopefully help you decide which is the one worth getting.

What can we say about the design of the standard iPad that hasn’t been said before? Well, thanks to the unadventurous eighth-gen iPad (2020), nothing. It has sported a fairly wide top and bottom bezel for several generations now, and it continues to do so with the 2019 and 2020 models. Both of these feature the same aluminum back and gently curved edges and corners, and while neither will provide any design surprises, they still look appreciably sleek.

Not only are the designs of both iPads identical, so too are the displays. Both house a 10.2-inch Retina IPS LCD touchscreen with a resolution of 2160 x 1620 pixels. You can therefore expect exactly the same level of color and clarity from the screen, which does admittedly look pretty, despite being superseded by pricier Apple tablets.

Guess what? The iPad (2020) and iPad (2019) also have the same IP rating, which is to say that they have no IP rating. So don’t take either into the shower or bury them in sand (for whatever reason).

This round is obviously a tie. In terms of design, display, and durability, you are getting the exact same tablet.

Okay, now we’re in business. The iPad (2020) does, thankfully, contain a newer processor, the Apple A12 Bionic (previously seen in last year’s iPad Air and on the iPhone XS). This is a very capable chip, and it will handle pretty much everything you’ll probably want to do on a tablet. It’s also likely to be better at juggling tasks than the A10 Fusion chip, which is found in the iPad (2019). That’s not to say you’ll encounter much slowdown with the seventh-generation iPad, but you may find that doesn’t cope with multiple open apps as well as its eighth-generation sibling.

In case you’re wondering, both devices come with 3GB of RAM and 32GB of internal memory as standard. Both can be found as 128GB versions, which will cost you an extra $100 dollars (although maybe you can now find a discount online for the 128GB iPad (2019)).

You’ll also find the same 8,827mAh battery with the iPad (2020) and iPad (2019). Apple hasn’t actually confirmed the specific size of the latest iPad, but it has confirmed that it offers 32 watt-hours, just like the previous model. Our review found that it lasted several days under light-to-moderate use without needing a recharge, which is very similar to the iPad (2019)’s performance. Neither device offers any kind of fast charging, so you’ll likely have to wait three or four hours for a full charge.

The overall difference may not be huge, but the newer processor on the iPad (2020) means that it offers slightly better performance than the iPad (2019).

The cameras of the iPad (2020) and iPad (2019) are identical on paper and in practice. They each feature an 8-megapixel rear lens, which comes with the same f/2.4 aperture, the same autofocus feature, and the same panorama and HDR functionalities. This will let you take serviceable photos during the day, but won’t be much use during the night or in unusual conditions. In other words, stick to your smartphone.

The same goes for the 1.2MP selfie camera each device packs. This will be perfectly adequate for video calls, but don’t expect to take particularly flattering or interesting selfies with it.

No prizes for guessing that this round is a tie.

Needless to say, the iPad (2020) and iPad (2019) both run on iPadOS 14. This introduces a number of useful new features, including redesigned widgets, Smart Stacks, and a helpful Scribble Feature, which allows you to write in any text box using the Apple Pencil. It also includes a number of more subtle refinements that make using an iPad even more intuitive and efficient than it already was.

You can also rest assured that you’ll be well-supplied with updates, regardless of whether you opt for an iPad (2020) or iPad (2019). Apple rolls them out at a spritely pace, and while the iPad (2019) may ultimately receive one fewer update than the new iPad (due to being a year older), the difference here is unlikely to be significant.

It’s tempting to say that there’s nothing particularly special about either the iPad (2020) or iPad (2019). That said, both support the first-generation Apple Pencil, which makes using the iPad for creative or professional purposes much easier and productive. You can use it to mark up and send entire webpages and documents, while you can also unsurprisingly use it for drawing and taking notes.

The A12 Bionic processor also puts the new iPad in a better position to support augmented reality (AR) apps and games, although 2019’s iPad can also be used with AR apps and games. Either way, killer AR apps are still few and far between, but it’s nice to know for future reference that either machine can handle AR.

Again, this is another round that ends in a tie, given that both iPads have the same special features.

The eighth-generation iPad (2020) starts at $329 for the 32GB Wi-Fi-only model and rises to $560 if you want 128GB of internal memory and Wi-Fi and cellular support. It’s also available from Apple and most retailers and carriers.

The seventh-generation iPad (2019) officially starts at $329, again for the basic 32GB Wi-Fi-only model. You can no longer buy it directly from Apple, but a range of retailers (such as Best Buy and Amazon) and most major carriers still list it, even though it has currently sold out in a number of places. You may be able to find it at a small discount if you’re lucky.

The iPad (2020) and iPad (2019) are basically identical save for one feature: The iPad (2020) has a newer, faster processor. This is the only significant difference, and it’s one that just about edges the eighth-generation iPad into a narrow lead. It will handle apps and multitasking a little more smoothly than the seventh-generation iPad, and this may make all the difference for anyone who uses their tablet for work and play.

Still, if you can manage to find a new iPad (2019) somewhere for $30 or $50 less than the latest model, it is worth buying. It’s the same basic iPad, with a crisp screen, great software, and dependable battery life. It may not be especially exciting as far as innovation goes, but it remains a great device.