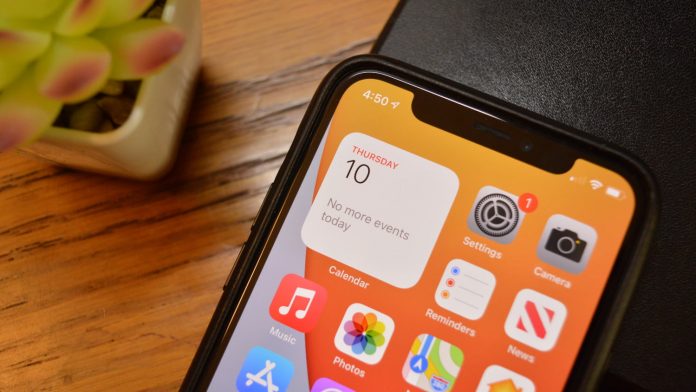 My mother once came to me with the Galaxy S7 Edge I’d given her as a gift, and told me her “buttons stopped working.” I tapped on her phone’s screen and, to my surprise, found her buttons had indeed stopped working. Entirely. Nothing budged, nothing launched.

Here’s the clue that solved the puzzle: She had two clocks in the menu bar, stacked on top of each other. One clock was updating. The other was stuck on 3:46.

She had snapped a screenshot of her home screen, used the screenshot as her desktop background, created extra home screen pages, and then deleted the pages that had her real app icons. The result? A blank home page with a background that looked very busy.

Many people don’t actually benefit from the ability to customize their phone.

Nobody does this on purpose. I wouldn’t have thought to come up with this even as a practical joke. I had so many questions, but as I soon realized, there’s an easy answer to all of them. It’s too easy to mess up your home screen on an Android phone.

If you are an Android expert, and you can sculpt and finesse your interface into the perfect design, I’m genuinely happy for you. I love a great Android phone and all its options. However, the majority of people don’t benefit from this ability to customize.

My mother’s phone is an extreme example, but for most users, it is far easier to screw up a home screen irreparably than it is to customize it usefully. This is a huge reason why the iPhone is so successful. Not only has it always been simple, but it’s also actually difficult — nearly impossible, in fact — to screw up.

Apple takes a bite out of customization

With iOS 14, Apple is adding more customization, and thus more complexity, to the interface of every iPhone since the 6S. There’s a lot to like in the new features, but also a bit to fear if you’re not interested in earning a postgraduate degree in home screen organization.

In the positive column, Apple is finally letting the iPhone have widgets on the home screen. Widgets are the flag-bearer for the new software, and with good reason. Apple has done a nice job implementing widgets in a way that won’t necessarily confound its users.

It’s difficult to make a mess of your screen with the iOS 14 widgets. Instead of cluttering, widgets neatly stack in a way that seems familiar. You select and move widgets just like apps, and the widget selection interface is nicely organized, not overwhelming. You can’t accidentally create widgets, or accidentally resize them. You can always delete them, just like an app. Apple maintains control — there are now just larger home screen items to be controlled.

Other features are not so inviting. On iOS 14, you can hide an entire home screen page from view. Maybe you have a page filled with background apps like Google Drive and Dropbox. You don’t want to delete the apps, but you don’t need to look at them. A new checkbox on iOS 14 lets you determine which home screen pages are visible.

I shudder at the thought of explaining invisible home screen pages to a friend. How often will they hide or reveal a home screen page? Will they remember that hiding a home screen is an option when they need to reveal it? Will I? How do I move apps from a hidden home screen to my visible pages? The new customization options beg the question, and the answer is not intuitive.

This also feels 100% redundant with the new App Library feature, which specifically works as a place to hold all of your apps so they don’t have to be strewn across several home pages. As Android has done for its entire existence, you can have an app that’s installed but not constantly in view on the home screen. You can even have your iPhone to put apps straight in the App Library when you install them. Being able to also keep unnecessary duplicative app shortcuts on a home screen, and hide that home screen, is baffling.

But the inclusion of the App Library just shows that Apple faces an interface dilemma: people already have trouble keeping their phone organized, even with minimal customization options. The home screen and app layout have become so unfriendly that swiping down on the home screen and searching for an app is usually faster than remembering where you buried it. Search on iOS is fantastic, but it’s not a cure-all for interface problems.

While Apple is adding widgets, an app drawer, invisible home screen pages, and other exotic customizations, perhaps it could finally fix some basic problems as well. For example, app folders are a terrible experience. They have been for 10 generations of iOS.

You need to long-press to start the apps shaking, then time your tap and hold and drag perfectly to hit the folder target. Starting a folder from scratch by moving one app on top of another is even more difficult. It’s easier to bullseye a womp rat from a T-16 Skyhopper. The long-press timing is nearly impossible to explain. Apps careen out of the way, or jump to another page and stay there, all because you just wanted to make a folder. And once you get past nine apps in a folder, now you have pages inside of a folder? Goodness.

Folders are a feature that has been part of every graphical user interface since the original Apple Macintosh. Apple practically invented the concept. On the iPhone, it’s an utter failure. At least with the App Library, it’s experimenting with new folder designs, automatically grouping and highlighting apps based on category and usage. Maybe it’s onto something there.

We need an ‘undo’ button for customization

At the very least, we need an “undo” button for customization options. If Microsoft Word can undo every letter and formatting move I’ve made in the last eight hours, certainly my iPhone can put that widget back where it was before, or move those apps back if I didn’t mean to put them there when I was just trying to make a folder. You can already perform a complete clean-slate reset of the home screen layout in the settings, but we need something more delicate than this nuclear option.

The iPhone interface should become more simple, not more complicated. Users who are in search of customization will find those options easily; the phone shouldn’t be so easy to customize that others do it accidentally. As smartphones evolve, we desperately need that undo button for any and all home screen actions, and we need it immediately with the next major iOS update. If Apple can’t deliver a simple option to fix mistakes, then it needs to pause this entire customization concept.