Home How to How to watch Wolves vs Man City: Live stream Premier League football...
How to 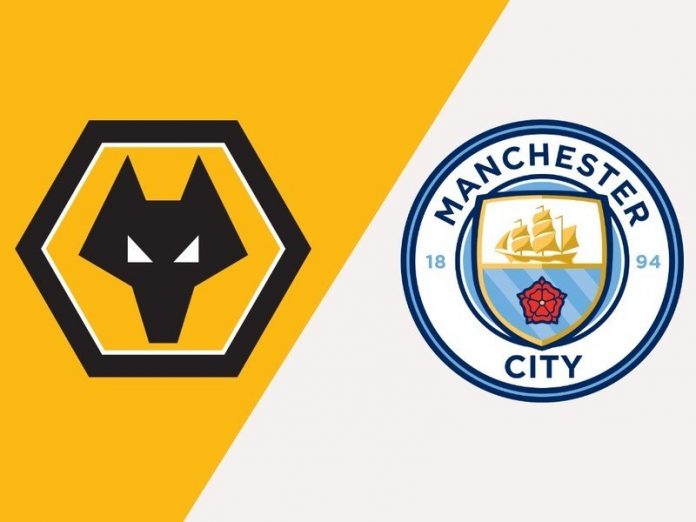 Gameweek two of the 2020/21 Premier League wraps up this evening as Wolverhampton Wanderers welcome Manchester city to the Molineux. Don’t miss a moment with our Wolves vs Man City live stream guide. Wolves wasted no time in opening their 2020/21 goalscoring account, going two goals to the good at Sheffield United within six minutes. Nuno Espírito Santo will have his eyes set on European qualification once again this year after finishing seventh for a second time last season and reaching the Europa League quarter-finals in the last campaign.

The Wanderers were also involved mid-week in the Carabao Cup with a disappointing 1-0 home loss to Championship side Stoke City being the result despite a number of first-team players being involved.

Man City are the last team to get their 2020/21 season underway having yet to be involved. The extended break was afforded to the Sky Blues, as well as local rivals Manchester United, after progressing to the latter stages of European competitions in the summer.

Pep Guardiola’s City side will be wanting to hit the ground running with a win at the Molineux and bounce back from their Champions League disappointment. Fellow title contenders Liverpool having won their opening two games will now doubt spur on The Citizens, though last season City were beaten both home and away by Wolves.

Read on for full details on how to get a live stream of Wolves vs Man City no matter where you are in the world with our guide below.

Wolves vs Man City: Where and when?

All eyes will be on the Molineux Stadium on Monday for this match which is set to take place behind closed doors. Kick-off is at 8:15pm BST local time.

We have details of all the US, UK, Australian, and Canadian broadcasters of the Premier League further down in this guide. If you’re looking to watch the Wolves vs Man City game, but find yourself away from home then you’ll run into problems when trying to stream your domestic coverage online from abroad as its likely to be geo-blocked. How to stream Wolves vs Man City live in the UK

Sky Sports has got the broadcast rights to this Premier League game between Wolves and Man City with the game being shown on its dedicated Premier League channel and for streaming via its Sky Go app. If you’re don’t have Sky Sports as part of your TV plan, you can get a Now TV Sky Sports monthly pass for just £25 that also gets you access to all of Sky’s channels and coverage of not only the Premier League, but the Carabao Cup, UEFA Nations League games, NFL, select MLS games, and much more.

How to stream Wolves vs Man City live in the U.S.

The most robust 2020/21 Premier League coverage in the U.S. will be offered by NBCUniversal’s new streaming service Peacock. Of the 380 total fixtures, more than 175 will be exclusively shown on Peacock, including Wolves vs Man City, with the other games on NBCSN and other NBC channels.

How to stream Wolves vs Man City live in Australia

Optus Sport has a three-year deal with the Premier League meaning it has exclusive rights to show every single fixture live Down Under – including Wolves vs Man City. The game kicks off at 5:15am AEST.

How to stream Wolves vs Man City in Canada

Facebook
Twitter
Pinterest
WhatsApp
Previous articleShould you buy the Fitbit Versa 3 or the Samsung Galaxy Watch 3?
Next articleSamsung’s Q60R 75-inch 4K HDR TV is on sale with $300 off today via Amazon