HomeHow toHow to watch UFC Fight Night 177: Livestream Waterson vs. Hill
How to

How to watch UFC Fight Night 177: Livestream Waterson vs. Hill 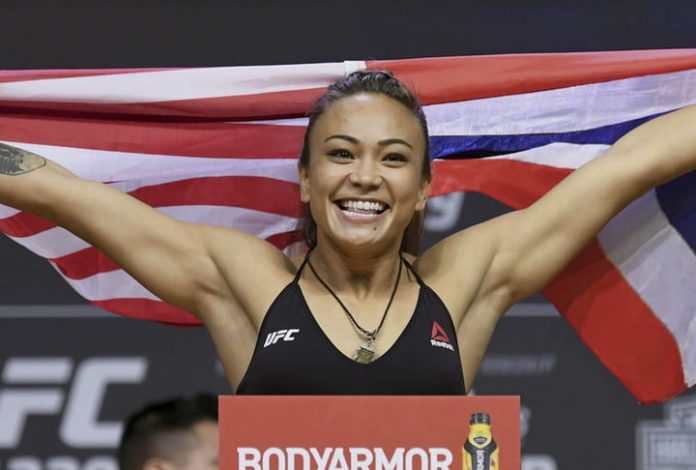 Another UFC Fight Night is lighting up the Octagon at the UFC Apex arena in Las Vegas, Nevada tonight, with a women’s strawweight bout between former Invicta FC champions Michelle Waterson and Angela Hill serving as the main event. The action starts at 8 p.m. ET, so if you’re looking for a way to watch the UFC Fight Night: Waterson vs. Hill livestream, then now’s a great time to sign up for ESPN+ so you can tune in this evening — and if you’re also planning to watch UFC 253: Adesanya vs. Costa live, then you can grab this bundle which gets you a year’s worth of ESPN+ plus the UFC 253 pay-per-view for $30 off.

How to watch UFC Fight Night: Waterson vs. Hill online in the U.S.

The best way to watch the UFC Fight Night: Waterson vs. Hill livestream online is with ESPN+, which is the go-to streaming service for all things UFC. You can sign up for ESPN+ for just $6 per month, but the best value is the yearly subscription . Your membership gives you access to a ton of live and on-demand sports content including games, fights, analysis, exclusive shows, and more, all streamable right on your PC web browser or mobile device with the ESPN app. ESPN+ is also the only way you can watch pay-per-view events like UFC 253: Adesanya vs. Costa on September 26.

The headliner for the UFC Fight Night 177 main card is a women’s strawweight bout between Michelle Waterson (17-8) and Angela Hill (12-8), two veteran female MMA fighters who both held championships in Invicta FC before signing on with the Ultimate Fighting Championship (although Hill fought three matches in the UFC in 2014 and 2015 before joining Invicta FC for the duration of 2016). Waterson was the Invicta FC atomweight champion and was ranked the top atomweight fighter in the world from 2013 before moving to strawweight, where she currently sits at number eight on the UFC roster.

Waterson’s opponent, Angela Hill, also had a very successful run in Invicta FC where she held the women’s strawweight title belt in 2016. Despite being in the same league, Hill and Waterson never faced each other due to fighting in different weight classes — until now. The two former Invicta FC champs will finally meet in the Octagon tonight, so sign up for ESPN+ now so you can catch all the action of UFC Fight Night 177 live.