Home How to How to watch UFC 253 online: Livestream Adesanya vs. Costa
How to

How to watch UFC 253 online: Livestream Adesanya vs. Costa 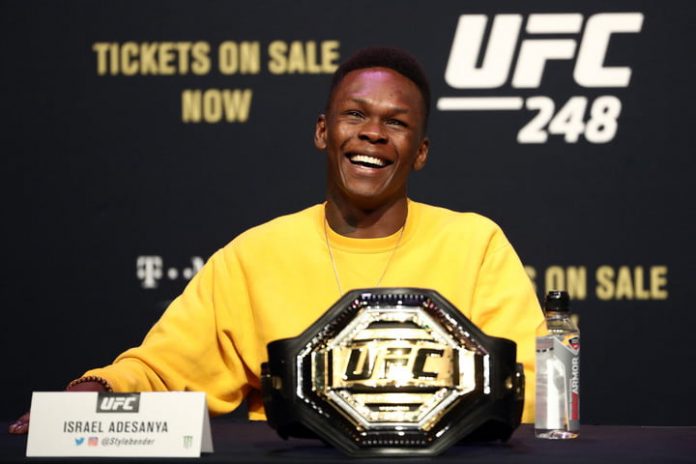 Fight fans are bracing for an electric night of MMA action, with a highly anticipated championship bout — the second of its kind to ever happen in the UFC — happening this evening at the Flash Forum arena in Abu Dhabi. At UFC 253, undefeated middleweight champion and MMA all-star Israel Adesanya will be defending his title against undefeated challenger Paulo Costa in a pay-per-view event that will be streamed exclusively on ESPN+. If you want to watch UFC 253 online today, then read on to find out everything you need to know about the main event, including how you can sign up for ESPN+ to stream it live.

The UFC 253: Adesanya vs. Costa main card is a pay-per-view event, something for which ESPN currently holds exclusive broadcasting rights on its premium streaming service, ESPN+. You can sign up for ESPN+ for just $6 per month or a more economical $50 per year, but it’s not too late to grab this bundle deal which lets you score a year’s subscription to ESPN+ along with the UFC 253 PPV package for just $85 and save 30 bucks. Along with UFC fights, your ESPN+ membership gives you access to a ton of other live and on-demand sports content, all watchable right on your web browser or mobile device.

The main event at UFC 253 is a middleweight contest between reigning champ Israel Adesanya and challenger Paulo Costa for the title belt. This is a unique fight in that both men are undefeated — Adesanya boasts a record of 19-0, while Costa has a record of 13-0 — and UFC 253 is only the second time in history that two unbeaten fighters have faced off in a championship match. The first time this occurred was at UFC 98 more than a decade ago, where Rashad Evans and Lyoto Machida faced off for the light heavyweight title.

Nigerian fighter Israel Adesanya is widely regarded as one of the best strikers in the UFC. His Brazilian opponent, Costa, is not far behind, and is currently ranked second on the UFC middleweight roster right behind Adesanya. Barring the unlikely event of a draw, one of these fighters will walk out of the Octagon at UFC 253 with the middleweight championship belt, while the other will walk out with his first professional defeat.

The co-main event at UFC 253 is another hotly anticipated matchup, this one a light heavyweight contest between Dominick Reyes (12-1) and Jan Blachowicz (26-8). The rising MMA star Reyes signed on with the UFC in 2017 and was most recently a contender for the light heavyweight title, which he challenged for at UFC 247 but was defeated via unanimous decision by champion Jon Jones — the first loss in Reyes’ promising career. Blachowicz, a seasoned Polish fighter who has been with the UFC since 2014, is getting on in his career at age 37 and may find himself fighting an uphill battle against the younger Reyes who will be hungry for both a win and another title shot.

Both of these high-stakes fights are on the UFC 253: Adesanya vs. Costa main card, which airs at 10 PM ET tonight. The main card is the pay-per-view portion of the event which will air exclusively on ESPN+, so you can still sign up now if you haven’t already to watch UFC 253 online this evening, or you can grab this bundle deal that lets you save $30 on a year’s worth of ESPN+ along with the UFC 253 PPV package.