Home How to How to watch the UFC Fight Night: Overeem vs. Sakai livestream
How to

How to watch the UFC Fight Night: Overeem vs. Sakai livestream 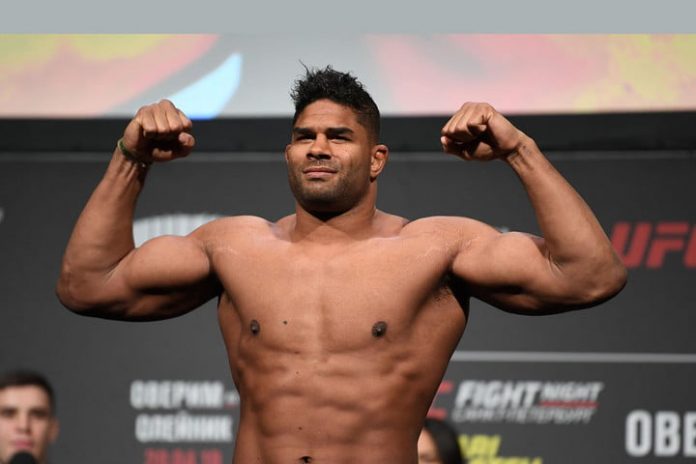 Tonight in Las Vegas, Nevada, two MMA heavyweights — one an established household name in the UFC, the other a young rising star — will face off at the UFC Apex arena. If you’re looking for a way to watch the UFC Fight Night: Overeem vs. Sakai live stream online this evening, then it’s not too late to sign up for ESPN+. Read on to find out everything you need to know about UFC Fight Night 176 including air times, fight cards, and how you can stream it live with ESPN+.

How to watch UFC Fight Night: Overeem vs. Sakai online in the U.S.

If you don’t have ESPN through a cable TV or streaming package, then the easiest and most economical way to watch the UFC Fight Night: Overeem vs. Sakai live stream online tonight is with ESPN+. Signing up for ESPN+ lets you stream all sorts of sports content including live events, interviews, analysis, exclusive shows, and more right to your PC’s web browser or your mobile device with the ESPN app, and it’s also currently the only way you can watch UFC pay-per-view fights like the upcoming UFC 253: Adesanya vs. Costa on September 26. ESPN+ comes to $6 per month or $50 per year, but right now, you can grab this value bundle and score a year’s worth of ESPN+ along with the UFC 253 PPV package for $30 off:

The main event at UFC Fight Night 176 is a heavyweight bout with veteran fighter Alistair Overeem and rising talent Augusto Sakai. Overeem, aged 40 with a long professional record of 46 wins and 18 losses, has been an MMA fighter for more than two decades and has been signed with the Ultimate Fighting Championship since 2011. Overeem is regarded as one of the most well-rounded heavyweights in the UFC, known for both his powerful leg strikes paired with excellent grappling skills when taking foes to the mat.

Overeem’s opponent is Augusto Sakai, a relative newcomer to the UFC. The 29-year old Brazilian fighter, with a professional record of 15-1, signed on with the league in 2018 and has won all four of his bouts since then. Sakai is currently on a six-win streak (one that started even before he joined the UFC), while Alistair Overeem has won three of his six fights in the same time frame, including his most recent one in May. UFC Fight Night 176 is likely to be Sakai’s most difficult challenge so far, with Overeem holding almost every “on paper” advantage over and being the current favorite to win. MMA fans know that anything can happen in the Octagon, though, so you’ll just have to sign up for ESPN+ and tune in tonight to see what happens.