Home How to How to watch Mulan (2020) online: Stream the movie now
How to

How to watch Mulan (2020) online: Stream the movie now 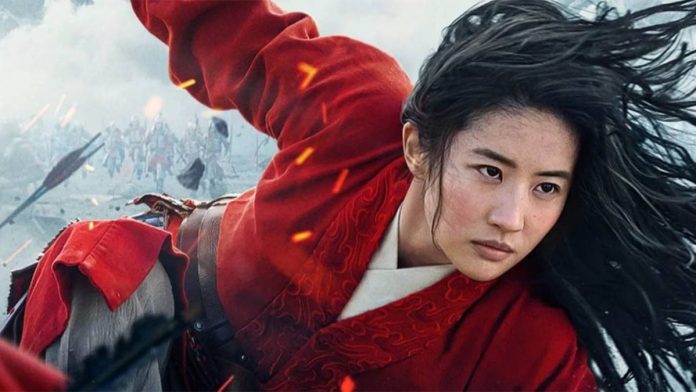 In our gilded age of endless remakes and record-breaking blockbusters, a live-action take on Disney’s beloved 1998 animated flick, Mulan, was inevitable. Luckily, this remake offers some added flare, returning more to the narrative roots of the original lore and molding the classic tale into a movie in its own right. The story centers around Hua Mulan (Liu Yifei), a young woman who secretly disguises herself as her sick father to fulfill his duty to fight for China’s Imperial Army. The film follows her epic adventures as a female warrior and offers plenty of modern resonance in today’s world. Although the fan-favorite Mushu character will not appear in this iteration, director Niki Caro promises that there will still be plenty of fun and exciting rewind-worthy moments. Here’s how to watch Mulan (2020) online today.

Mulan is now exclusively available for streaming on Disney+ after the COVID-19 pandemic indefinitely delayed its wide theatrical release. While the service does not offer a free trial period, the subscription plan only amounts to $7 per month (or, for more proactive patrons, an annual one-time payment of $70 for a year’s worth of access). Unfortunately, streaming Mulan specifically is going to cost you a little extra. Mulan marks the first flick ever on Disney+ to only be available with a subscription plan and Premier Access for an additional $30 charge. For those who don’t want to put down the extra $30 payment, know that Mulan will be available for all Disney+ subscribers at no additional charge on December 4, 2020. However, for diehard Disney fans, the $30 fee may just be worth the immediate premiere access. Plus, there is no finite viewing period on Mulan — once the $30 has been paid, you can rewatch the live-action flick as many times as you would like.

Alternatively, if you’re just now signing up for a Disney+ account to watch Mulan, consider splurging on The Disney Bundle instead. With this plan, you pay $13 per month for full access to streaming on Disney+, Hulu, and ESPN+ — saving you plenty of money and time.

Regardless if you choose the bundled route or just stick to the basic monthly plan, both subscriptions will allow you to purchase the new and improved Mulan on Disney+.

Not sold on handing over $30 to watch it? Check out our Mulan review. It’ll convince you.