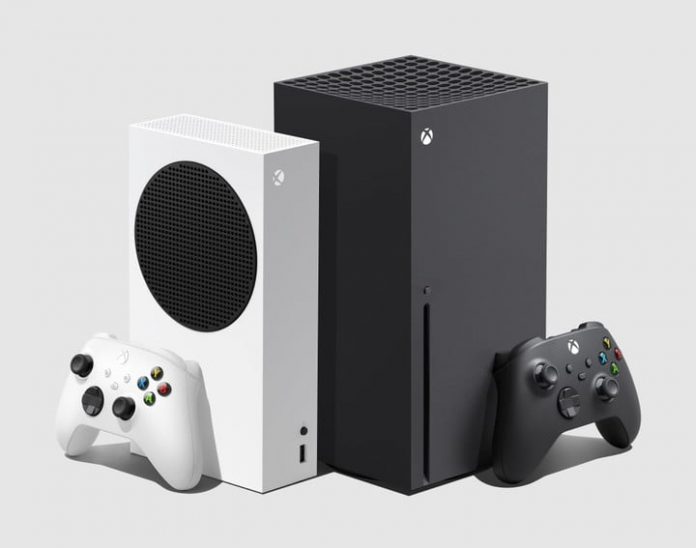 The Xbox Series X and Series S pre-order launch is mere days away, with the two consoles releasing later this year on November 10. At $499 and $299 respectively, the consoles are competitively costed, and with programs like Xbox All Access, you can pick one up for very little money. You need to get your hands on a pre-order first, though. In this guide, we’re going to explain everything you need to know about how to pre-order the Xbox Series X and Series S.

Read up on Xbox Series X

Xbox Series X and Series S pre-orders begin at 8 a.m. PT/11 a.m. ET on Tuesday, September 22, in the U.S. The time isn’t the same around the world, however, with pre-orders launching at 8 a.m. BST in the U.K. Pre-orders should, hopefully, go live simultaneously across online and in-store retailers, unlike the botched and confusing PS5 pre-order launch. If you want to stay up to date with when pre-orders go live, it’s a good idea to follow the official Xbox Twitter account. So far, Microsoft has been clear about when and where pre-orders are happening on this account.

Where to pre-order Xbox Series X and Series S

Pre-orders aren’t live for the Xbox Series X and Series S yet, but most online retailers have placeholder listings and notifications ready to go. Product pages are up on Amazon, Best Buy, Gamestop, Walmart, Target, and the Microsoft Store, with all of them — minus Amazon — offering email notifications for whenever pre-orders go live. The Microsoft Store is the only online retailer with an actual listing available so far. You can find links to the pre-order pages at all of these retailers below.

Note that the actual listing page may be different than the link above depending on the retailer you prefer. We’ll update this article with links to each listing as they go live, but it’s best to sign up for email notifications regardless. Once pre-orders go live, be sure to have your money ready. Some retailers, such as Target, place a hold on your card for the purchase price until the system ships, while retailers like GameStop allow you to pre-order with only $50-$100 down.

The Xbox Series X is $499, while the smaller, all-digital Series S is $299. The consoles aren’t the same, as we’ll discuss in a moment, but they’ll be able to run the same library of games. As far as availability goes, Microsoft hasn’t said much. Production began earlier this year in May, and since then, it has been operating at full tilt. Microsoft hasn’t warned of shortages, but given the issues with PS5 pre-orders, it’s best to be ready by September 22.

User crumpdale on Reddit posted an email from Microsoft stating that “consoles are limited,” which Best Buy Canada echoed in a blog post. The post reads, “Pre-orders will be limited, and we are expecting them to sell out very quickly.” Even without those warnings, it’s safe to assume that pre-order units will sell out moments after launching. If you can’t get your hands on a pre-order, it’s worth checking with retailers in your area after the console launches on November 10. Some retailers only set aside part of their available units for pre-order so that they can have stock on launch day.

Rather than buy the console outright, you can finance an Xbox Series X or Series S for 24 months with no interest through Xbox All Access. As with buying the console, pre-orders for All Access go live on September 22 at the same time. The Xbox Series X is $34.99 for 24 months with no upfront cost, while the Series S is $24.99 per month. Both include 24 months of Game Pass Ultimate as a code, too. Although Microsoft has a name for this program, it’s essentially just interest-free financing, so you’ll get to keep the system once it’s paid off.

Doing the math, the Series X All Access bundle will total $839.76 after two years, which isn’t a bad deal. It’s important to remember that the bundle includes 24 months of Game Pass Ultimate, which would cost $359.76 if you paid the $14.99 subscription fee monthly. Adding the Xbox Series X on top of that, you’re actually saving around $20 when buying All Access (the bundle runs $859.75 if purchased separately).

The savings are even greater with the Xbox Series S. After 24 months, you’ll have paid in $599.76, compared to $659.75 if you purchased a Series S and 24 months of Game Pass separately. Of course, all of this really only matters if you want Game Pass, which accounts for a significant portion of the total price (more than half on with the Series S, even). It’s important to note, however, that the 24-month Game Pass subscription comes as a code, so you can sell it through gray market outlets or top off your existing Game Pass subscription.

Which console should you pre-order?

We’ve done a full breakdown of Xbox Series X vs. Series S, so we recommend glancing through that comparison if you want a deep dive into how the systems compare. If you’re eager to put down money on a new Xbox, don’t worry. Here’s a quick overview of how the two systems compare.

Microsoft’s flagship next-gen console, the Xbox Series X is the most powerful home console to date, at least on paper. Sporting 12 TFLOPs of GPU power and 16GB of GDDR6 memory, the Series X is built for 4K gaming at up to 120 frames per second. In addition to a raw performance improvement over last gen, the Series X features Microsoft’s new Smart Delivery feature — which allows you to play a single copy of a game across Xbox systems — and ray tracing. It also features a 4K disc drive for playing physical media.

Although the Xbox Series S is based on the tech found inside the Series X, it isn’t as powerful of a console. It has about 4 TFLOPs of power with reduced memory, less storage, and a slightly lower clock speed on the CPU. It still comes with Microsoft’s custom NVMe SSD, but with half the capacity (512GB to the Series X’s 1TB). Additionally, the Series S lacks a disc drive and targets 1440p instead of 4K. The Series S is much less powerful, but it’s also $200 less than the Series X.