Here’s when your phone is getting Android 11 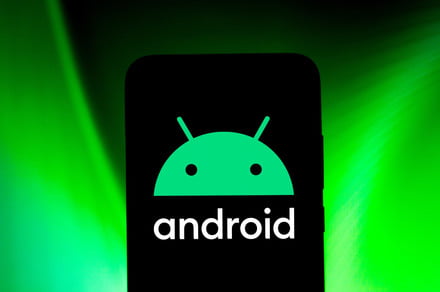 After months of beta testing, Android 11 is finally here. The new mobile operating system isn’t necessarily as groundbreaking as some previous updates, but it still brings a number of new privacy features, as well as some visual changes that should make accessing things like smart home devices a whole lot easier.

Of course, you might be wondering exactly when your device is getting Android 11. The good news is that Android 11 is coming to more devices, sooner than ever. The bad news is that only Pixel phones are getting stable releases on day one, with other phones getting betas. Thankfully, the fact that many phones have betas does mean that they’ll likely get stable releases soon.

We’ve put together a list of all the phones confirmed to get Android 11, and others we expect to get the update eventually.

Asus has joined the Android 11 beta program, however there’s currently only one eligible device — the Asus Zenfone 6. Still, more devices will likely join the beta as time goes on.

Asus phones that have the Android 11 beta

As you would expect, Google Pixel phones are among the first to get Android 11 — however not all Pixel devices will get the update. The original Pixel and Pixel XL won’t get any updates beyond Android 10, but considering that the original Pixel is now four years old, that’s not necessarily unexpected.

Google Pixel phones that have Android 11

LG has yet to announce any information regarding the update to Android 11, and generally the company is a little slow to adopt recent versions of Android. Still, we expect most of LG’s recent phones to get the update eventually, including the LG Velvet, V60, V50, G8, and G8X. We’ll have to wait and see just how long it takes these phones to get the update, but it may be at least a few months.

Motorola has yet to announce when and if any of its devices will get the update to Android 11 — but we’re expecting that at least a few will at some point. The company has promised an update to the not-yet-available Motorola One 5G, but there’s no word yet on when that update will arrive. Generally speaking, over the past few years, Motorola has been a little lax with Android updates — so even if you do have a recent Motorola device, it may be a while before you get Android 11. Eventually, we expect the Motorola Edge, Edge+, Moto G Fast, Moto G Power, and Motorola Razr to get the update.

Most of Nokia’s phones are part of the Android One program, which means that they should get updates to Android 11 relatively soon. Nokia has yet to share any official information about Android 11, so we’ll have to wait and see just how long the updates take. The phones we expect to get the update include the likes of the Nokia 9 Pureview, Nokia 8.3, Nokia 8.1, Nokia 7.2, Nokia 6.2, Nokia 5.3, Nokia 4.2, Nokia 2.3, and Nokia 1.3.

OnePlus has been on top of updates recently too — and some OnePlus phones are among the first devices to get Android 11. While Android 11 is currently in beta for OnePlus phones, OnePlus’ software is generally relatively close to stock — so it may get a stable release in the near future.

OnePlus phones that have the Android 11 beta

Like OnePlus, Oppo is also part of the Android 11 beta — and a number of Oppo phones are getting the beta alongside the stable release to Pixel devices. Oppo has a more customized version of Android called Color OS, and it may take some time for the company to iron out all of the bugs in Color OS — but we’ll have to wait and see.

Oppo phones that have the Android 11 beta

Realme is also running an Android 11 beta program, but only one phone is part of the beta — the Realme X50 Pro. Hopefully, more phones will be added to the list as time goes on.

Realme phones that have the Android 11 beta

Samsung is part of the Android 11 beta program too, but participation is limited to only the Galaxy S20 series. It’s very likely that more devices, including the Galaxy Note 20 series, will eventually get the update. Android 11 is expected to roll out to Samsung phones as part of the overall update to Samsung’s One UI 3.0.

Samsung phones that have the Android 11 beta

Next up is Xiaomi, which was among the first companies to join the Android 11 beta program. Android 11 is rolling out to some Xiaomi phones through MIUI 12, but the eventual MIUI 13 update is expected to be based on Android 11 too.

Xiaomi phones that have Android 11